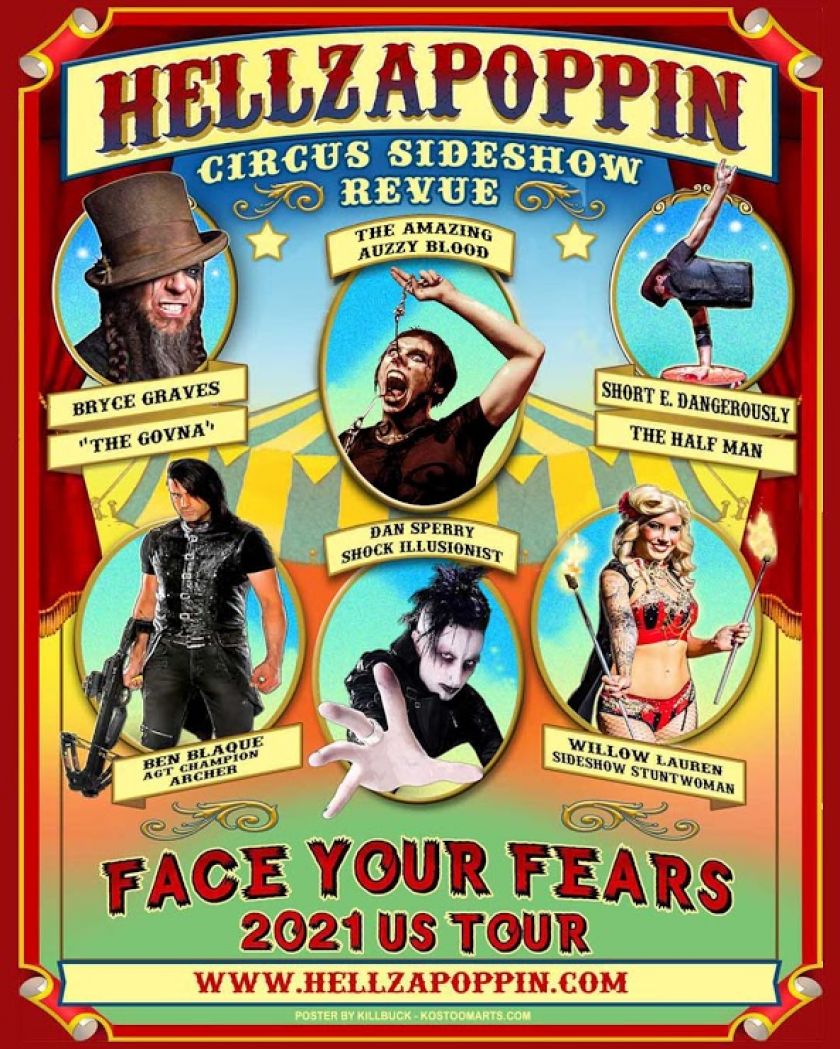 Hellzapoppin, the world’s greatest international touring rock-n-roll circus sideshow, has officially announced its “Face Your Fears” U.S. tour dates for 2021. The vaudeville freak show of wonder features live stunts such as fire eating and fire breathing, magic and illusions, and a real live half-man. Members of the audience will see legendary and world-breaking crossbow … Read more