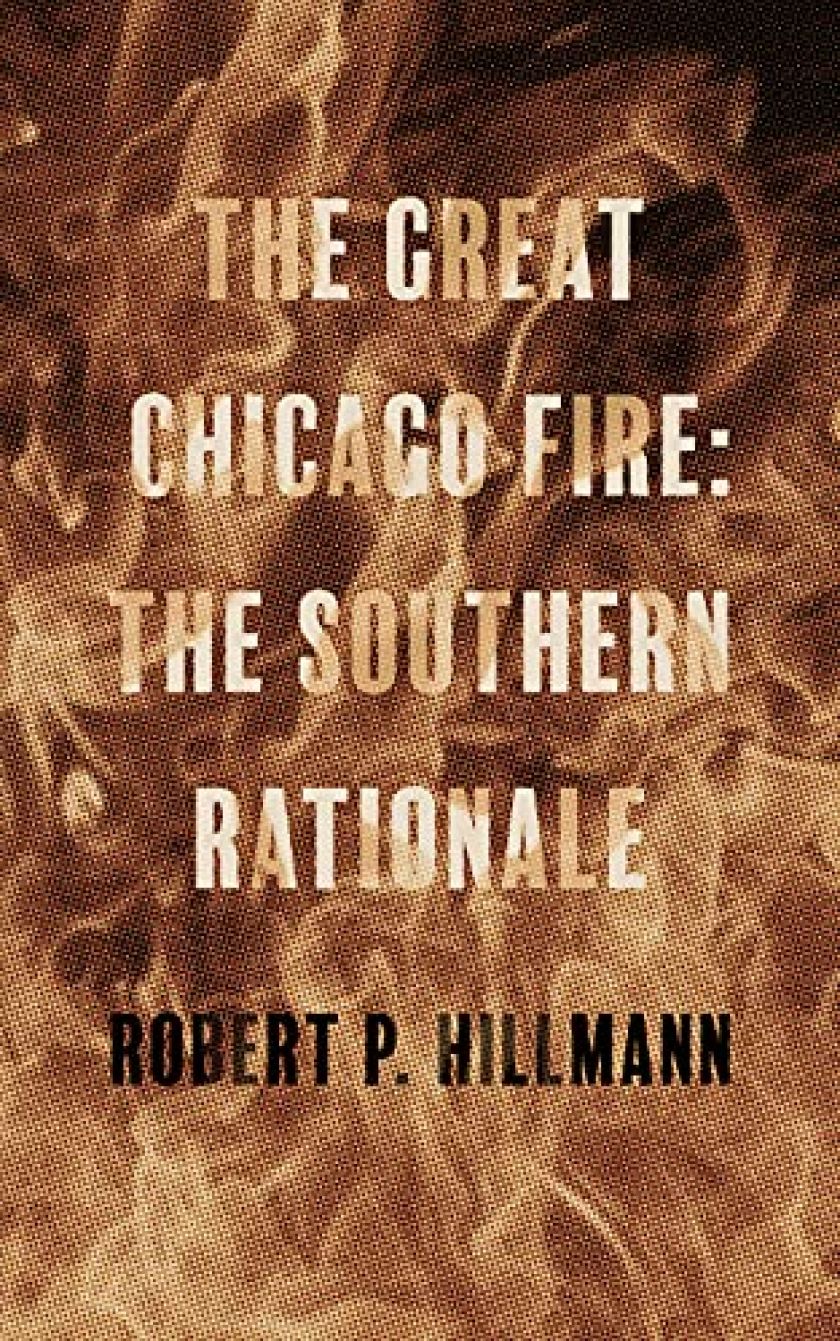 On the eve of the 150th anniversary of the Great Chicago Fire, a new book by Robert P. Hillmann details the findings of a painstakingly researched historic investigation into the origin of the atrocity. The book also lays out strong evidence that it was arsonists who torched America’s 5th largest city at the time, and investigates their motives.
On the 8th of October 1871 at approximately 8:45 p.m., Chicago was visited by what newspapers of the day often referred to as, “The Fire Fiend”. Over the next 30 hours, 2,100 acres burned along with the 17,450 buildings that sat on them. It is estimated that approximately 100,000 citizens were made homeless. Few professional investigators who had personally witnessed this atrocity had any doubt as to its cause. According to Hillmann’s findings, almost all believed that it was an overt act of arson. They also believed that it was not the work of a single incendiary but rather, multiple incendiaries.
The Great Chicago Fire: The Southern Rationale provides readers an opportunity to pick up the trail and have access to the original fact-pattern those investigators of the day collected. For the first time, readers will be presented a fulsome collection of facts and personal accounts collected from the period that will leave little doubt as to who set the fire and what their sinister motivations were. And perhaps most importantly, readers will start to understand why it was so important that those motivations remained secret at the time — resulting in countless generations being taught a fable about an old lady and a cow in American classrooms.
This 20-year exhaustive investigation also casts light on other shadowy organizations of the day, including the Order of American Knights and the Sons of Liberty, both of which were intimately involved with the Confederate Secret Service and its early attempts to torch the city in 1864.
With recent polls showing an increasing number of Americans’ now wavering in their commitment to democracy and supporting some form of secession, it’s more important than ever that Americans revisit this incident that marked one of the darkest moments in the nation’s history.
About the Author
Robert P. Hillmann is a noted historian and expert in the field of geopolitical theory and political history. Hillmann’s works can be found in libraries around the world, including the Norwegian Nobel Library and the United Nations’ Archives. He currently resides in Chicago, Illinois. www.thesouthernrationale.com.
PRESS CONTACT:
James Barron
Press@TheSouthernRationale.com
# # #
Source: Robert P. Hillmann