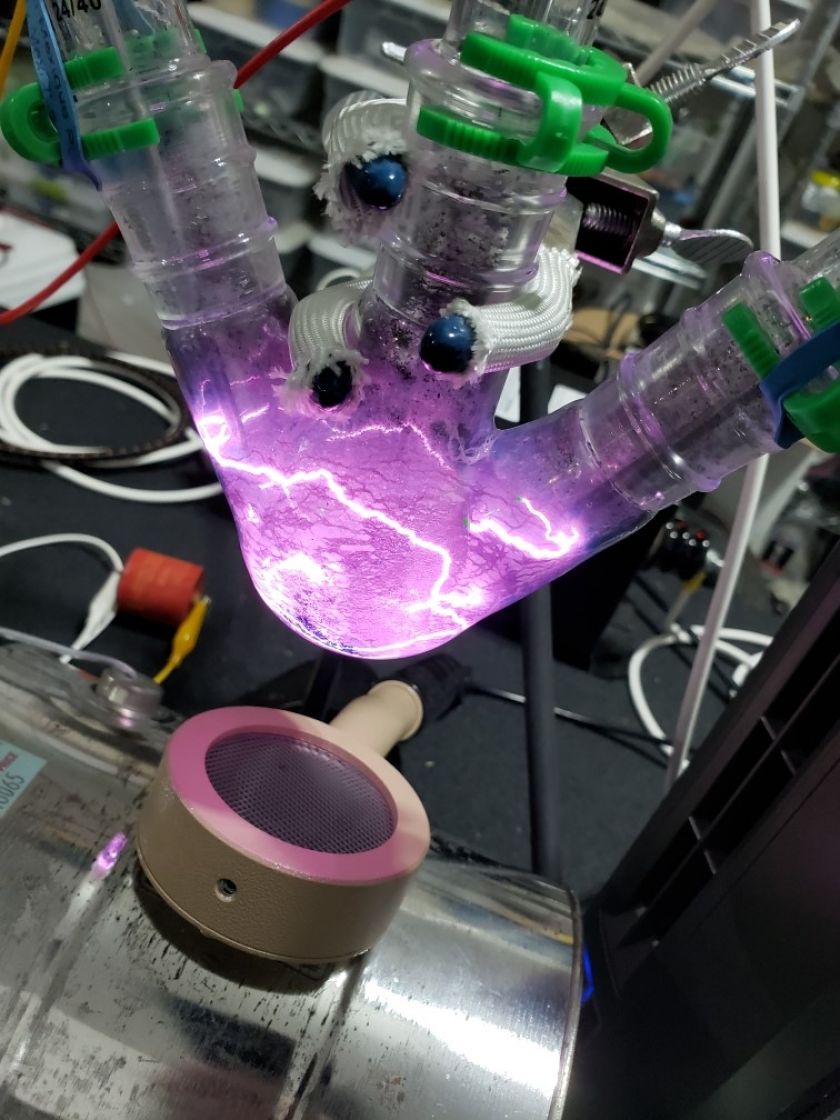 Electric Fusion Systems (EFS) announced today that it has successfully demonstrated fusion reactions in a laboratory setting. EFS is pioneering revolutionary energy technology, using novel fusion physics that does not emit dangerous radiation. The inventors and co-founders, Ken E. Kopp and Ryan S. Wood, have found an easier and safer way to generate fusion chain reactions. Their fusion reactor has been physically reduced in size to a small, portable, safe device, suitable for a wide range of applications, unlike traditional approaches to fusion technology. “We have built a series of experiments that show fusion reactions on a laboratory table top. This is confirmed via neutron detection, gamma and optical spectroscopy that substantiate fusion reactions,” said Kopp.
“What the EFS technology enables is a small, modular, and scalable fusion reactor that is safe and inexpensive to manufacture in a factory, rather than on an installation site. Our patent-pending embodiments create a globally transformative change in energy production, delivering constant, distributed energy, anywhere, anytime, without generating greenhouse gases, other waste products or dangerous radioactivity. This breakthrough technology has the ability to sustainably reduce greenhouse gases and retard climate change,” said Wood.
“We believe we have cracked the code for practical fusion. First, we do not try and contain the sun in a huge reactor as do several other technologies under development, rather, we use a cyclical induction process to harness the energy of fusion chain reactions as an electrical arc, passes through a dense plasma fuel, resulting in direct conversion to electricity. One of the keys is our unique fuel that creates a super dense plasma ten orders of magnitude denser than historically failed approaches,” said Kopp.
“What this means in a practical sense for the global consumer or industry is that EFS technology can lower the cost of electricity by a factor of ten or more for everyone. Currently, our costing models indicate an $8 per megawatt hour (or 0.8 cents per kWh) and we have not yet factored in mass production.” said Wood.
“The billions of dollars invested over the decades into fusion have been for the most part wasted. Our technology will sweep away all of those failed attempts, creating tremendous possibilities along with disruptions. Our climate challenges can be addressed in a truly meaningful way, thereby creating massive improvements in the wellbeing of humanity as a whole. With an aligned investment partner, on a small scale compared to the capital-intensive fusion projects, we can uncork the genie and begin the transformation,” said Wood.
For more information, visit www.electricfusionsystems.com or email: info@electricfusionsystems.com
Source: Electric Fusion Systems