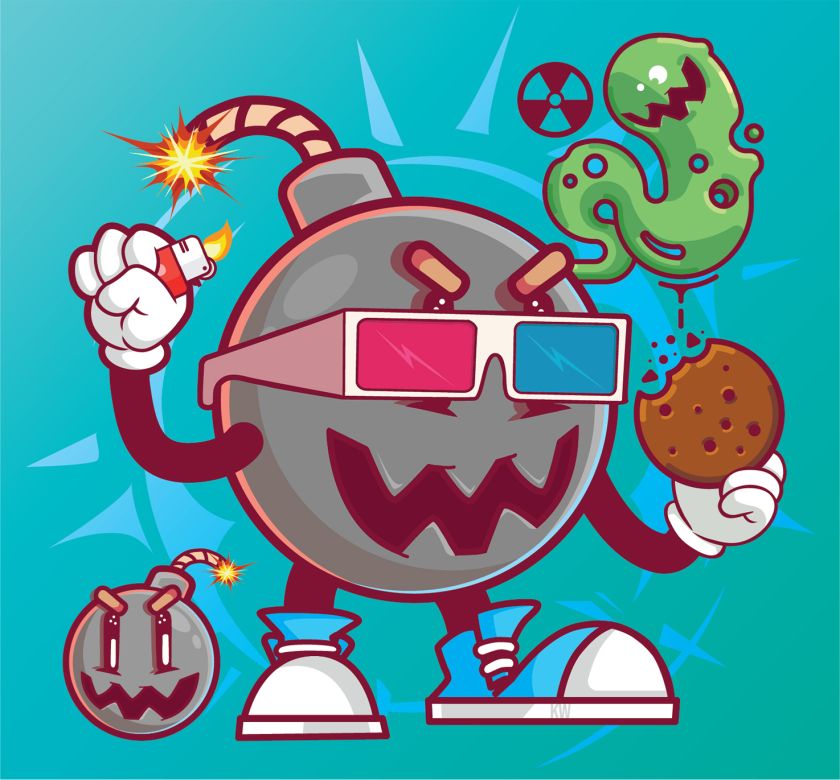 A new NFT project called F-Bomb is making waves in the NFT world with an uncensored, humorous PFP character on the Ethereum blockchain. It is created by a diverse team of serial entrepreneurs and crypto enthusiasts, including men and women, different ethnicities, social backgrounds, and an age range from 18 to 50. The F-Bomb represents the same diversity, as the F-word can be translated or understood in every language and spans a spectrum of expression from excitement and joy to pain or anger. After mint, the F-Bomb team plans to launch an NFT entertainment and information platform called F-Bomb Central along with its own ERC-20 coin. The ERC-20 coin, unlike Dogecoin or Shiba Inu, has utility value through charitable donations built in to every buy and sell transaction.
This project sets itself apart from other PFP projects by bringing fresh ideas, a unique roadmap, and utility that creates longevity for the F-Bomb brand and its holders. Its roadmap includes plans to offer entertainment, escape, empowerment, and plenty of humor. The F-Bomb team is dedicated to providing long-term value to its community.
Next, F-Bomb Central will be a first-of-its-kind NFT entertainment and information platform created to provide entertainment, industry updates, and education on the NFT space. The team is negotiating a joint venture with a comedian to bring humor to the project, and NFT holders will share in the revenue from the platform.
Another innovative feature of the roadmap is the 2-for-1 rollback allowing holders to “F-Up” their F-Bombs. This is a strategic move to relinquish two F-Bombs for a single super F-Bomb to reduce inventory and increase value. People can even name their F-Bomb NFT if they desire.
The final stage of the roadmap includes the development of a charity ERC-20 coin made available first to F-Bomb NFT holders before launching on an exchange. The ERC-20 coin will give F-Bomb NFT holders several opportunities to build wealth beyond their initial NFT investment. Thirty days after mint, the company will gift all NFT holders still holding a minted NFT 50,000 CTNT coins.
Find out more about F-Bomb NFT by visiting its official website: Fbomb.io. Visitors will be welcomed by a colorful, playful community and a mischievous F-Bomb character.
Find out more about the charitable cryptocurrency CTNT coin at CharityTNT.com.
About F-Bomb NFT
F-Bomb is a collection of NFTs as varied as the F-word itself. The F-Bomb team came together to create a project that would add enormous value to the NFT community on the Ethereum blockchain.
Press Contact: nikki@fbombcentral.com
Source: F-Bomb NFT