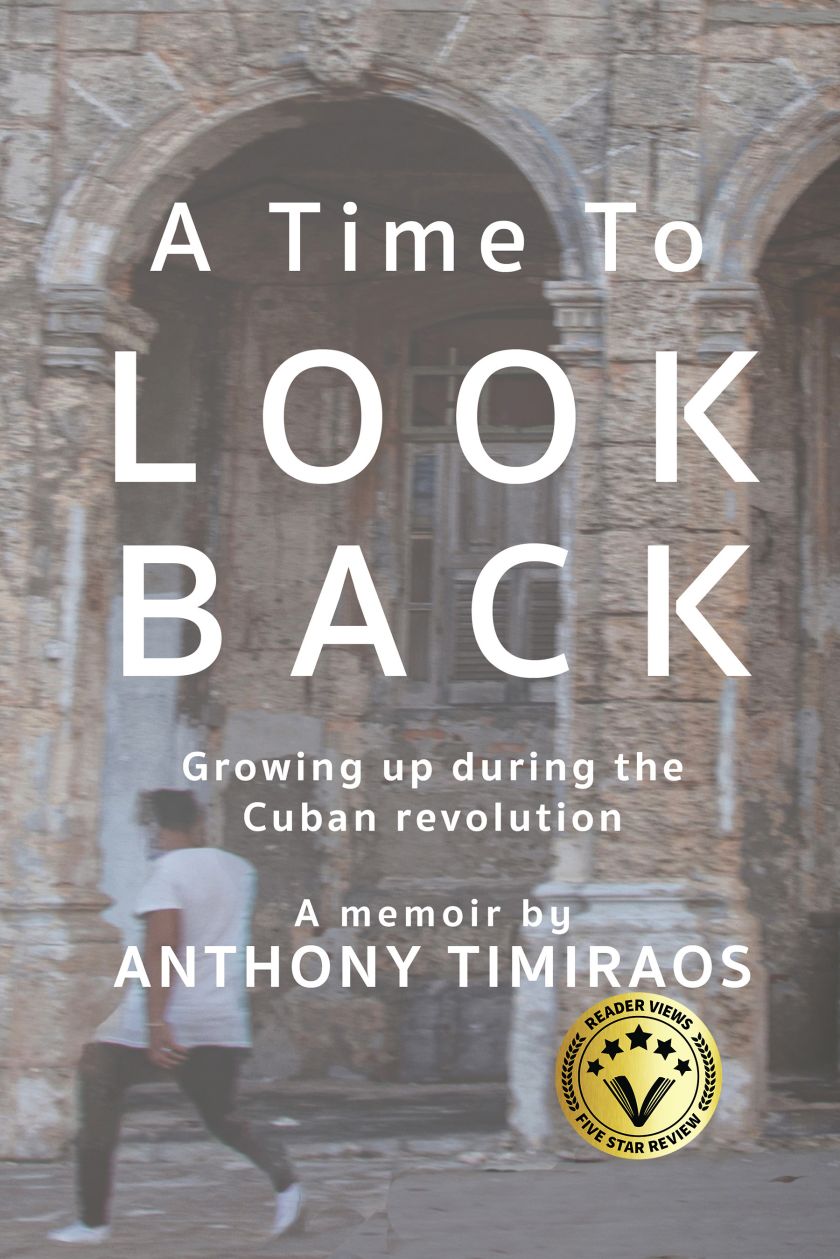 The powerful story of a young Cuban boy and his family, their experiences during the Cuban revolution and their exodus to the U.S. makes “A Time to Look Back”, the recently published memoir by Anthony Timiraos, meaningful, educational, and relevant for today.
At the age of 5 in 1959, when most boys were playing cowboys and watching “Lassie,” the author paints a picture of the conditions in La Habana, Cuba, when his family was forced to adapt to Fidel Castro’s revolution. He talks about experiencing his parent’s crushing disappointment when a revolt by a Cuban exile group, supported by the CIA to return democracy to Cuba, failed during the Bay of Pigs invasion. He then goes on to recount his experience when a military raid of his home by government militias turned all their personal belongings upside down and details the look on his mother’s face when they took his father to prison without cause.
A new curriculum in all schools, including private schools now nationalized, taught that capitalism was evil, and everyone had to learn to live in a socialistic/communistic society. The combinations of educational indoctrinations plus the constant parade of military vehicles, political assassination attempts, bombing, and gunfire in his neighborhood now became the norm and convinced his family to leave Cuba for a better life.
At the age of 8, he was sent with his brother, 3 years older, to the U.S. in 1962 as part of Operation Pedro Pan, the largest exodus of children in the western hemisphere, to escape the forced education of communism and live in a free democratic country in hopes that the rest of the family could soon follow. The boys were welcomed to their new homeland by a network of generous religious organizations, corporations, private citizens, and a country that had empathy for families seeking asylum from oppressive and dangerous societies.
During the separation from their parents, the boys lived in numerous locations, including a regretful stay in an orphanage for troubled young boys from broken families, and watched helplessly the terrifying close encounter with nuclear war.
This new memoir is a remarkable journey in search of freedom. The author’s life experiences during the Cuban Revolution, the consequences of government policies and political events, and his reflections when he returned to Cuba 60 years later – all rolled into one story – it is now “A Time to Look Back”.  Available at most domestic and international online book stores.  For more information, go to www.atimetolookback.com.
CONTACT: Anthony Timiraos
Phone:  954-529-0664
Email : anthony.timiraos@gmail.com          tony@atimetolookback.com
Website: www.atimetolookback.com
Facebook: @atimetolookback
Author’s Bio at www.atimetolookback.com
Source: Anthony Timiraos, Author