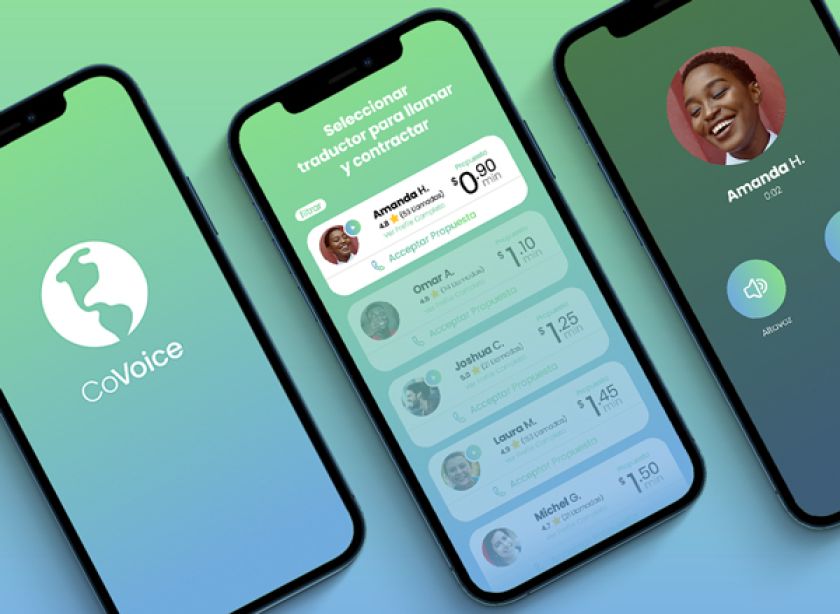 According to the most recent Census report, there are over 19 million limited English proficient people in the United States. Google Translate reports there has been over 1 billion users of translation apps. The most common translation being between English and Spanish. Co-founder, Regis Arzu says, “We see this as a huge opportunity. Google Translate is great at what it does, but, the major blindspot we see with it is that it isn’t as reliable as a human being. A person can understand slang and rectify misunderstandings live. A computer can’t.”
Co-founders, Joel and Regis Arzu, are brothers and first generation Americans who, growing up, had to translate a lot for their Spanish speaking parents. Joel says, “I remember my mom and dad feeling small because they couldn’t defend themselves in English. That’s the inspiration for CoVoice. We want everyone and anyone to be able to confidently show up in any situation knowing they’ll be understood.”
You can Follow and Support their Kickstarter Project Here