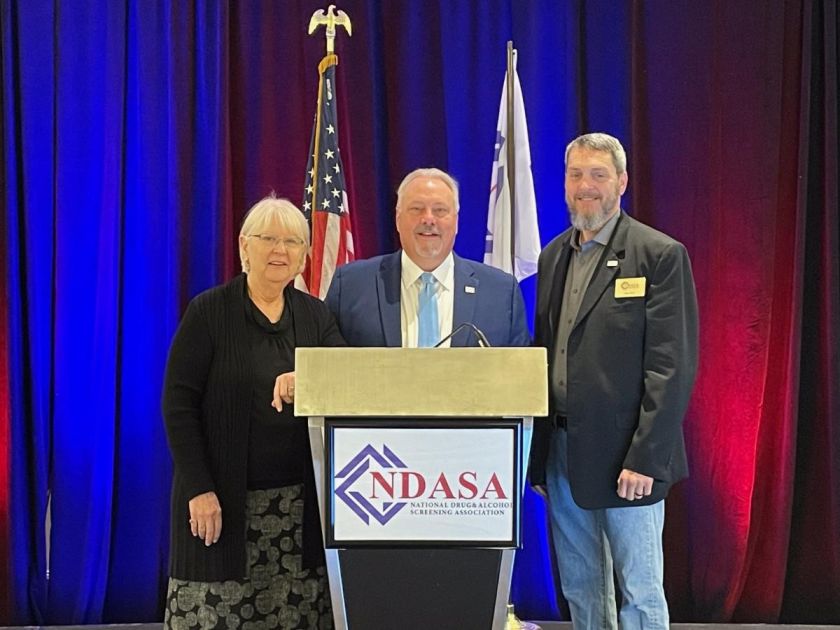 The National Drug and Alcohol Screening Association (NDASA) announced that its Executive Leadership Team including James A. Greer, Chairman, Brian Drew, Vice Chairman and Jan Kornmann, Secretary were re-elected at its annual conference and trade show held May 25-27, 2021 in St. Louis Missouri.

James (Jim) Greer who was re-elected as Chairman and Chief Executive Officer of the Association is the President and CEO of Accredited Drug Testing, Coastal Drug Testing and Secure Screenings. All three companies are leaders in the Nation’s drug and alcohol testing industry. Jim was previously elected Chairman in 2019.

Brian Drew is the Sr. Vice President of i3screen and Nationwide Medical Review which is one of the leading drug testing software and MRO service providers in the drug screening industry. Brian was re-elected Vice Chairman at the recent NDASA conference.

For more information on NDASA or to join the association, contact Jo McGuire at JoMcGuire@NDASA.com
Source: NDASA