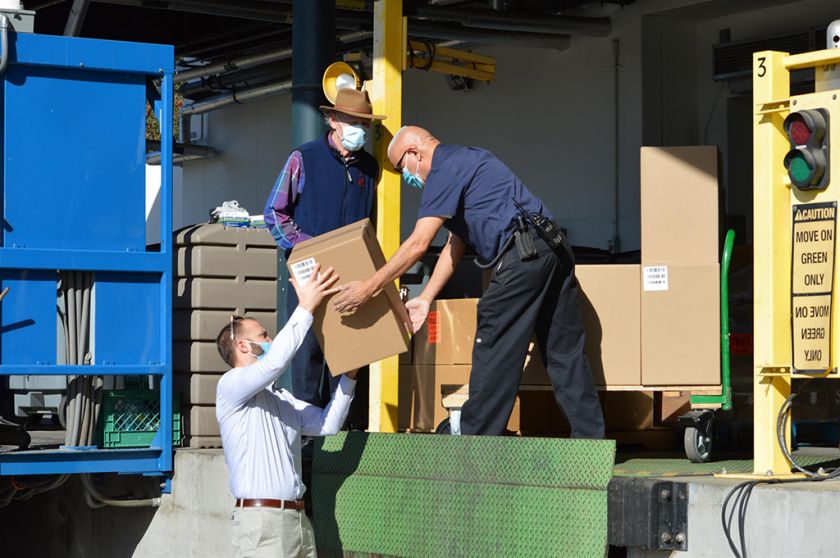 On Monday, Dec. 13, three members of NatureWise’s marketing team took a trip up the coast from their office in Costa Mesa, California, to Santa Barbara, bringing with them 800 bottles of NatureWise Vitamin D3.
These bottles, along with 2,200 others, will be included in care packages that will be distributed to Latinx communities in the greater Santa Barbara area in an effort to prevent the spread of COVID-19 among disproportionately affected populations. This community outreach project is spearheaded by the Cottage Center for Population Health.
Dr. Richard Mazess, a retired professor of Medical Physics at the University of Wisconsin who now lives in Santa Barbara, joined forces with NatureWise to provide the Vitamin D3 supplements for the care packages. A pioneer in the field of bone densitometry, Dr. Mazess now collaborates with a group of the world’s foremost vitamin D researchers to educate public health officials and raise awareness about the dangers of vitamin D deficiency.
Using an open letter that cites credible research indicating the role vitamin D plays in modulating various facets of the immune system, Dr. Mazess and his colleagues call for “immediate widespread increased vitamin D intakes,” especially in population groups at greatest risk for deficiency in this crucial nutrient.
The evidence gathered to date strongly suggests that “increased vitamin D would help reduce infections, hospitalizations, ICU admissions, and deaths.” As a nutrient backed by years of safety data that can be easily obtained without a prescription, vitamin D is regarded as “the most easily and quickly modifiable risk factor with abundant evidence to support a large effect.”
Dr. Mazess’ endeavors to educate both the healthcare community and the population at large have already seen success, as two prominent Santa Barbara medical groups with COVID-19 outreach programs now include information on vitamin D in their approach.
The NatureWise team is thrilled to have the opportunity to partner with Dr. Mazess and the Cottage Center for Population Health and hopes to carry this momentum forward into future joint enterprises for continued service to its community.
Press Contact: ddadgar@drmresources.com
Source: NatureWise