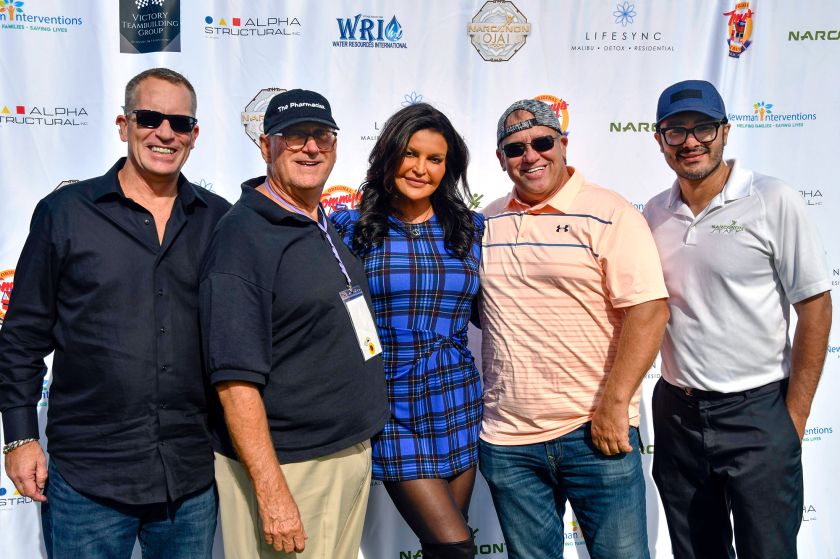 In celebration of Red Ribbon Week, Narconon Ojai held its first annual golf tournament at the Ojai Valley Inn. The center joined together with community leaders to help raise awareness about drug and alcohol abuse. With the sharp increase in overdose deaths both treatment and prevention efforts are needed.
Centers for Disease Control and Prevention estimated that over 93,000 Americans died from drug-involved overdoses in 2020. This was an increase of 29% over 2019. As feared, the pandemic led to a sharp increase in this tragic loss of life.
Centers for Disease Control further reported that drug overdose deaths involving synthetic opioids and methamphetamine have shifted geographically. Between 2018 and 2019, the largest increase in death rates involving synthetic opioids occurred in the western United States, an increase of 67.9%.
Narconon Ojai and its supporters used golf tournament to shed light on this crisis. Speakers at the event shared their experiences from different vantage points. Speakers included: Dan Schneider from the Netflix docuseries, The Pharmacist, who lost his son to a drug-related murder; Tim Ryan, A&E’s “Dope Man,” who fought his own battle with addiction, and lost his son to an overdose and now works with his wife, Jennifer Gimenez, to help others; and Commander James Fryhoff from the Ventura Sheriff’s Department, who has seen the effects of addiction with individuals and families and has dedicated his life to creating safe communities.
Tim Ryan, a substance counselor, shared his experiences in the treatment community. He stated, “I’ve probably put foot in over 2,000 treatment centers. There are probably five I refer to nationwide. Narconon offers a true opportunity for people to get their lives back—how to live life on life’s terms.”
Commander James Fryhoff spoke about the importance of having access to both prevention and treatment. He stated, “One hundred percent what we need to be focusing on is prevention. It is much easier to say ‘no’ than ‘never again.’ The earlier we get to them to let them know the damage it has caused, the better we all are. Now having said that, when those who make the decision to use, and they now need to seek treatment, it is places like Narconon that people can get help and be restored to health.”
Narconon Ojai is an active participant in the community. They are working hand in hand with public officials, professionals in the field and concerned citizens to address the problem of substance abuse with holistic treatment and prevention efforts.
Narconon Ojai offers personalized care in a safe and nurturing environment where individuals can regain their strength and acquire the needed life skills to be drug-free for good.
Media Contact
Fabian Padro
(866) 824-5027fpadro@narcononojai.org
Source: Narconon Ojai