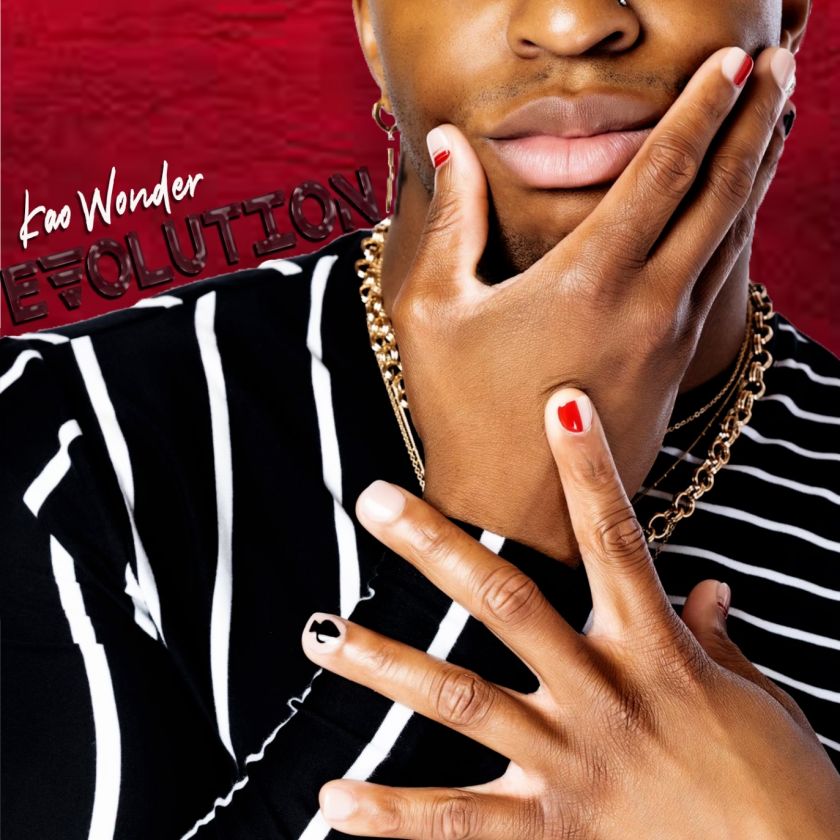 Entertainer Kao Wonder is releasing his long-awaited album entitled Evolution on Sept. 3, 2021. The album’s eight songs are a compilation of pop, electronic, dance and R&B crossover music. His style has a feel-good, motivational vibe for all listeners.
Kao (pronounced Kie-O) Wonder, whose real name is Raphel Faison, III, is a writer and performer on all the songs. The album has a collaboration of producers including Grammy Award-winning Jeshua ‘Teddy P’ Williams, who has worked with many artists including Major, Hamilton Park and Jor’dan Armstrong. Teddy P produced his latest single “Phoenix,” and songs “Season Finale,” “Find My Way Back Home,” and “Vigilante”. The track “Famous” is produced by singer, songwriter and producer Alexis Redris Bell. “Safe Space” is produced by both Cedric Ivory and Teddy P. “Type Dizzy”, one of the most popular tracks, is a collaboration between Kao himself and engineering producer Marc Solomon, producer Nick James as well as, songwriters Carolina Li and William Carr.
“I’m excited to finally release my album,” says Kao. “Not only to introduce my body of work to all who is open to listening, but to heal and inspire people to love and live their truth and evolve into the superhuman they were destined to become.”
Love and music are the gifts used when Kao Wonder engages with the world to conquer hearts and inspire hope whenever he graces the stage. Born and raised in Brooklyn, NY, amongst a humble and sometimes a troubled beginning, Kao got a calling at a very young age to sing and perform. After leaving New York he took his talents to Atlanta, GA, and after a short stint there he moved to Los Angeles. He quickly become a high-demand independent artist, due to his diversity as a singer and a sought-after chorographer in the Los Angeles, CA, area.
Kao has been featured in several media outlets including LavishLife Magazine, PepTalk Podcast, A Cosmic Journey Podcast and VoyagerLA.
You can download the album Evolution on Sept. 3, 2021 on all music platforms.
# # #
Please Note: Follow Kao Wonder on Facebook and on Instagram @kao_wonder. For more information about Kao Wonder, please visit www.kaothebrand.com. Videos of Kao Wonder are also available to watch on YouTube at https://www.youtube.com/channel/UC9-ry_IKE62wLATJcHGHysA.
Source: Kao Wonder