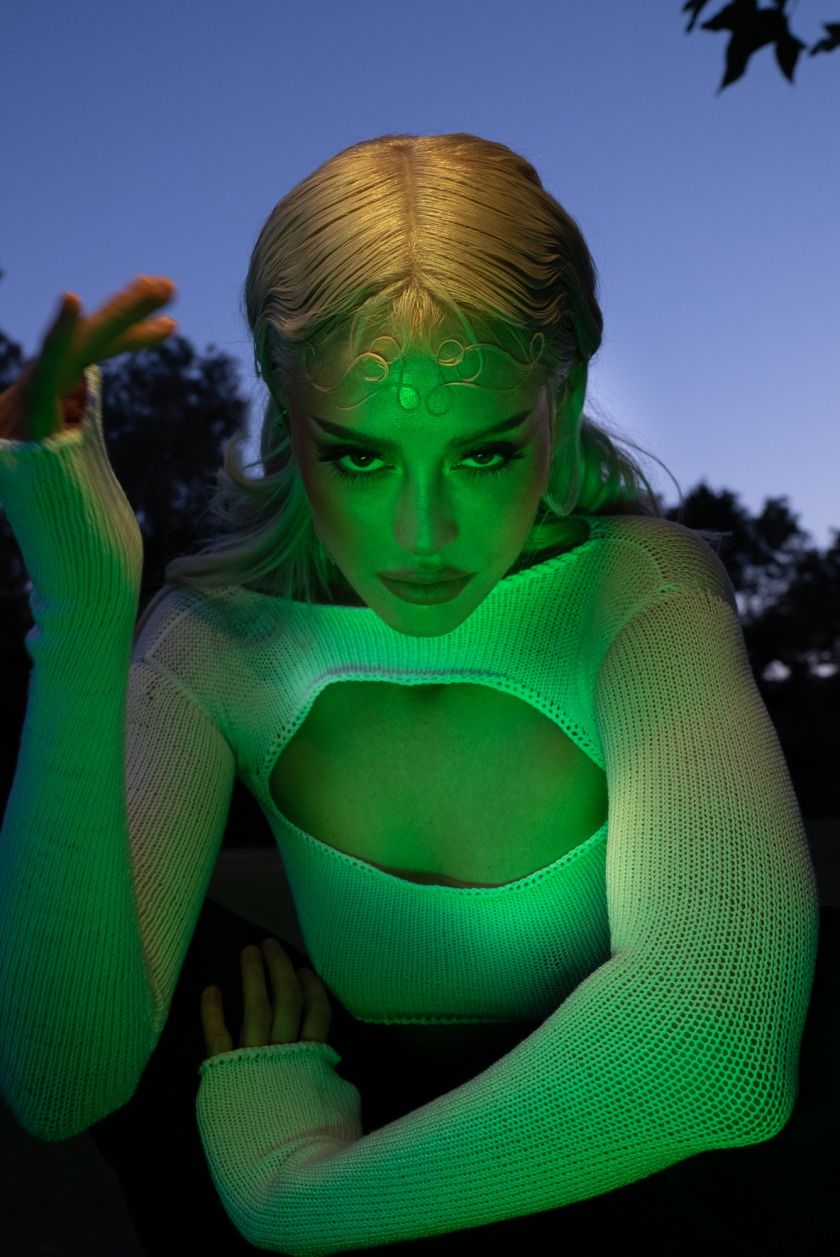 Moxie Raia today announced the upcoming release of her new summer single titled “Love Language”, out on major platforms June 11. This project will also feature a music video packed with cinematic detail and riveting content. “The track is about being self-assured and growth-driven while in a relationship with someone who is constantly accusing. In the song I’m saying to look within his own insecurities instead of trying to control me,” says Moxie. An anthem about mistrust set against a backdrop of upbeat tempos and nostalgic “Aaliyah” resonance.
Having toured with one of the world’s biggest superstars, Justin Bieber, Moxie is poised to shift the narrative that capable women can and should make industry noise. Her ability to create music with artists across various genres such as Post Malone, Pusha T and Wyclef Jean solidifies her as an indomitable chameleon in this game.
The Pop/R&B siren has been cooking up this project for a while and is now ready to serve it hot. Moxie worked with industry heavy weights on this new music including Simon Plummer, known for penning hits for Saweetie as well as “His & Hers” by Internet Money featuring Don Toliver, Lil Uzi Vert and Gunna, with the creative synergy of Grammy-winning artist and producer BEAM, who helped Moxie explore so many elements of this new era of her artistry. BEAM recently worked with Bieber and is featured on the song “Love You Different” off the “Justice” EP.
Moxie Raia’s pop and R&B magic continues to spark a flame in the hearts and speakers of her fans. She says “Energy is everything – so I just try to put the best of mine in the music and pray I did it well enough that it resonates.” She is an experienced performer with creative range, envied by industry vets like Timbaland who personally requested her on one of his projects.
ABOUT MOXIE RAIA:
A consummate artist who has a keen way of merging music with fashion. Moxie is positioned to conquer the scene as a voice Rolling Stone describes as “Soulful” and “Heartfelt”. An East Coast native residing in Los Angeles, Moxie delivers music that has a cosmic energy and pushes every limit of her vision.
While studying jazz at Columbia University, she cultivated a sound that would give her an acrobatic vocal range. As a singer, songwriter and dancer, she creates space for expression. A space where everything is possible while embracing the best of her artistic nuance.
After opening for the worldwide “Purpose” tour, Moxie has since built a futuristic world as a base for the release of her upcoming music, which showcases an emotional cleverness that is bound to empower others while striving to be an artist of both critical acclaim and commercial success.
CONTACT INFO:
Eddie Watkins at watkinse85@gmail.com for media inquiries, interviews, and other interests.
Website: www.moxieraia.com
Instagram: @moxieraia
Source: Moxie Raia