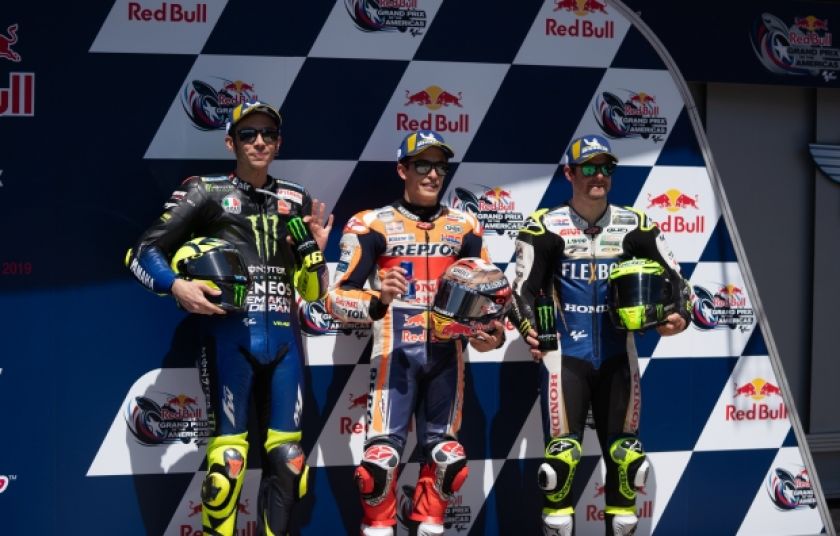 The US based developer of the MotoGP gaming app which has been downloaded over 50 million times has stepped up its efforts to promote the sport in North America after securing distribution rights to import and sell MotoGP team and rider merchandise.
XXL Racing of Phoenix Arizona has been involved in the World Championship series since 2014 when it acquired the rights to the Championship and launched the app MotoGP Racing on iTunes and Google Play. The decision to import and distribute MotoGP racing merchandise is as much about promoting the sport as it is filling a need of fans who until now have not had the same access to team and rider gear as their European counterparts.
The company represents GP Racing Apparel and VR46 Racing Apparel, which was founded by 9 times World Champion Valentino Rossi, who represents many of the teams and riders in the paddock. The official line of MotoGP merchandise is also being carried along with custom items developed specifically for the North American market.
Christian Carlson, VP Marketing, said, “For decades the MotoGP World Championship was dominated by American racers including World Champions Kenny Roberts Snr, Freddy Spencer, Eddie Lawson, Wayne Rainey, Kevin Schwantz, Kenny Roberts Jr and most recently the ‘Kentucky Kid’ Nicky Hayden. There is a real love of the sport and our former Champions are responsible for that enthusiasm. We hope to make it easier for the fans to get their hands on the fantastic merchandise that is readily available in Europe but not here in the USA.”
There are now 12 teams and 24 riders contesting the MotoGP premier class with 6 manufacturers, Ducati, Aprilia, Yamaha, Honda, KTM and the current Championship team of Suzuki. In 2021 MotoGP will be broadcast on NBC and available on NBC streaming platforms as well as the native MotoGP VideoPass.
The modern generation of MotoGP machinery has benefited street riders, with technology and styling carrying over to the street going models like the Aprilia’s RSV4, Suzuki’s GSXR-1000R, the Honda CBR1000RR and the Yamaha R1. As global motorcycle sales increased during 2020, America is following the trend. Carlson said, “The old adage of ‘Race on Sunday, sell on Monday’ is more relevant than ever. Fans of brands like Ducati and Suzuki love the tribal nature of motorcycling, the racewear we are importing helps to fulfil those tribal needs, what could be more awesome than wearing a Ducati MotoGP jacket or t-shirt if you ride a Ducati.”
The company has designed merchandising display systems and set up a range of “starter bundles” for retailers. The company has also launched a web site at www.xxlracing.com which is exclusively for dealers and retailers.
For more information contact Christian Carlson, Vice President Marketing
XXL Racing Apparel 802 E Dunlap Ave, Phoenix AZ 85020
Phone 602 832 9242 christian@xxlracing.com
Source: WePlay Media