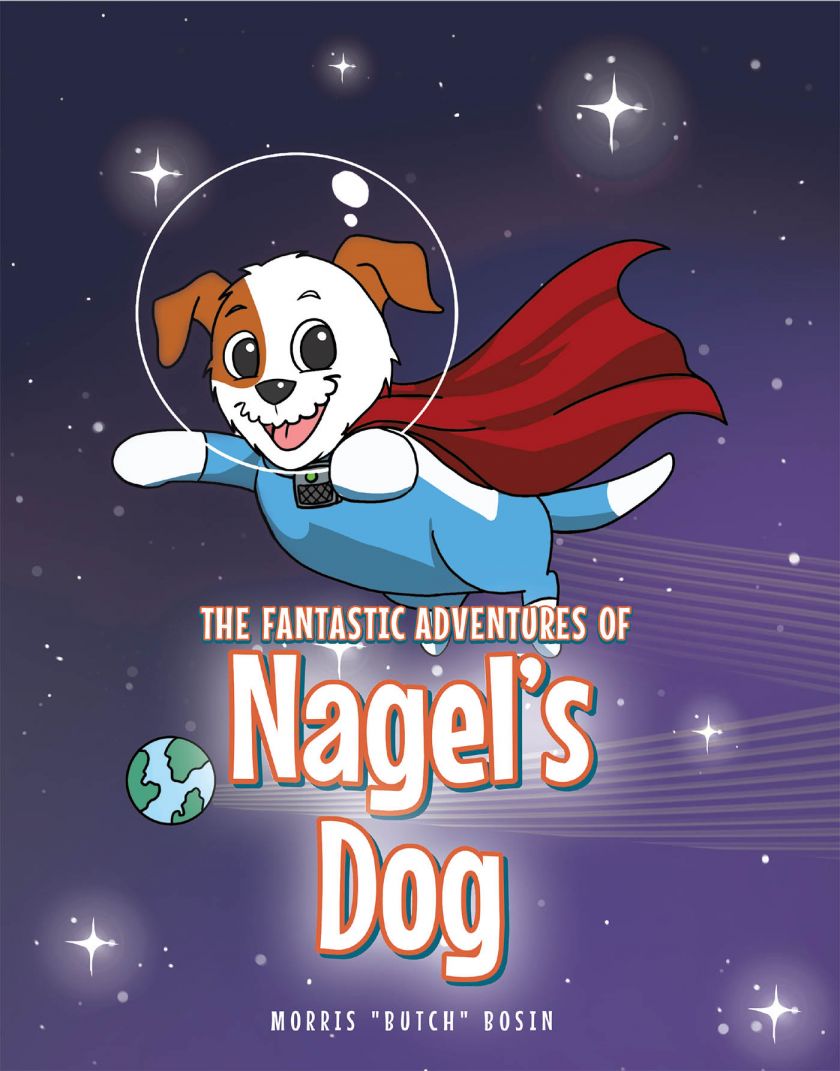 Morris “Butch” Bosin, a first-time author from Ocean View, Delaware, has completed his most recent book “Nagel’s Dog”: a short story about an ordinary dog with extraordinary speed.
Morris writes, “Nagel’s Dog could run faster than a bolt of lightning. He was faster than all of the dogs who lived in his small town, in the state of New Jersey. He was not a huge dog. He was just a regular-sized pooch. But what gave him his awesome speed? Perhaps it was the cream chipped beef he ate at every meal. Maybe it was the doggy push-ups he did every day. His owner, Nagel, raced him against other dogs, bikers, cars, trains, and airplanes, and he always won. Everyone was amazed at this “super mutt.” No one could tell how fast Nagel’s Dog really was since he beat everyone he raced against. Nagel and his friends had to figure another way to find out how fast he could run. One Fourth of July, a big crowd gathered at the NASA Space Center to see how long it would take Nagel’s Dog to race to the moon and back to earth. They got a big surprise. They found out that Nagel’s Dog was much faster than anyone imagined. Everyone wondered how long it would take for Nagel’s Dog to touch every star in the universe. This was the ultimate test. Was there a limit to Nagel’s Dog’s speed? How big is the universe? Find out if Nagel’s Dog is up to the task.”
Published by Fulton Books, Morris “Butch” Bosin’s book effectively allows children to dream big and reach for the stars.
Readers who wish to experience Morris “Butch” Bosin’s amazing children’s story can purchase “Nagel’s Dog” at bookstores everywhere, or online at the Apple iTunes store, Amazon, Google Play or Barnes and Noble.
Please direct all media inquiries to Gregory Reeves via email at gregory@fultonbooks.com or via telephone at 877-210-0816.
Source: Fulton Books