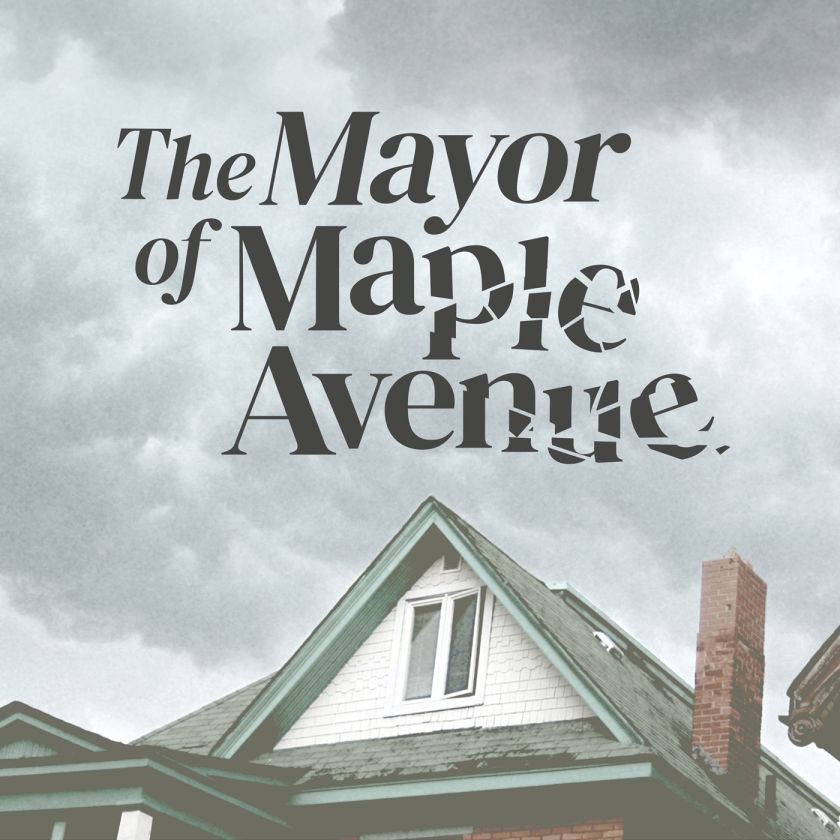 Meadowlark Media and Advance Local today announced the release of a multi-part investigative podcast series, The Mayor of Maple Avenue – based on the story of Shawn Sinisi, the only Jerry Sandusky victim known to have died since the former Penn State University assistant coach went to prison on 45 counts of sexual abuse. It was exactly 10 years ago when Sandusky was indicted and arrested – shaking the entire sports world to its core with a devastating national scandal that also ended the iconic and legendary career of head coach Joe Paterno.
The Mayor of Maple Avenue refers to the neighborhood nickname that Sinisi earned while growing up in Altoona, Pennsylvania – he was the nicest kid on the block. The podcast series features the reporting of Sara Ganim, who broke the original story for The Patriot-News and PennLive.com and later won a Pulitzer Prize for her coverage. The podcast, made possible by the Fund for Investigative Journalism and the Pulitzer Center for Local Reporting, was developed over a two-year period. It will also include exclusive interviews with Shawn Sinisi’s parents and never-told-before stories about how the mental healthcare system failed their son. Sinisi went from being seemingly groomed by Sandusky’s now-defunct Second Miles charity football camp to finding his way through a rehabilitation system that was poorly designed and ill-equipped to deal with young men suffering from sexual assault and abuse. On the surface, Sinisi had a drug addiction, but beneath the surface, he was deeply traumatized by Sandusky and spent over a decade desperately seeking the right kind of help. He never found such help, and in 2018, he died of a drug overdose at the age of 26.
“Shawn Sinisi was an upbeat kid whose life unraveled after he attended a Penn State football camp,” said Burke Noel, Associate Producer of The Mayor of Maple Avenue and Vice President of Content at PennLive, an Advance Local company. “Sara’s powerful reporting details how Shawn spent 14 years bouncing between jail, rehab facilities and homelessness. The endless roadblocks the young man and his family faced, as they attempted to overcome addiction and trauma, clearly point to a national rehab system in drastic need of overhaul.”
“Sara’s coverage of the Sandusky scandal has been revelatory since the beginning, and we’re proud to partner with Advance to further illuminate the importance of Shawn Sinisi’s story,” said Carl Scott, Executive Director of Audio at Meadowlark Media, who is overseeing The Mayor of Maple Avenue project.
Ganim’s groundbreaking work has helped lead further investigations into several high-profile cases of sexual assault involving authority figures in sports who abused their power and access to young athletes. The Mayor of Maple Avenue officially releases tomorrow and can be found on Apple Podcasts, Spotify and other major podcast platforms.
###
About Advance Local
Advance Local, one of the largest media groups in the United States, operates the leading news and information companies in more than 20 cities, reaching more than 50 million people monthly with its quality journalism and community engagement. Advance Local owns both the Patriot-News and PennLive.com and is part of Advance’s portfolio of companies that includes Condé Nast, and American City Business Journals.
About Meadowlark Media
Meadowlark Media is a content studio and creator network, founded in 2021 by former ESPN President John Skipper and national radio and podcast host Dan Le Batard. Through partnerships with industry-leading storytellers, Meadowlark develops premium content for third-party buyers. With an initial focus on sports, Meadowlark creates content across all formats – audio, video and digital. Since its formation, Meadowlark has announced major partnerships with both DraftKings and the BBC.
Media Contact
media@meadowlark-media.com
Source: Advance Local