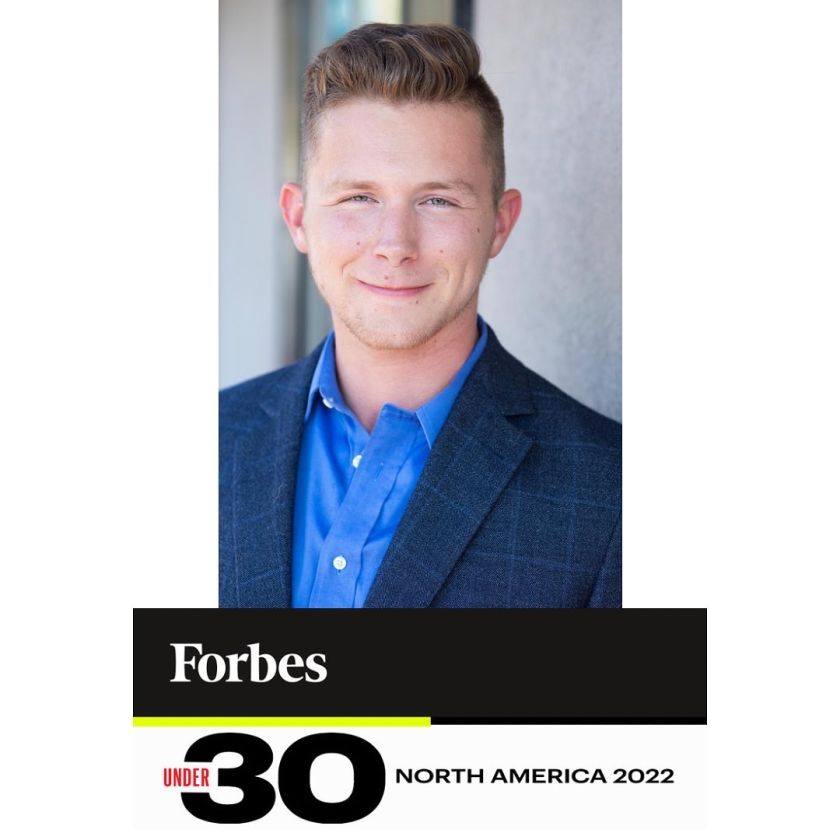 Live Fast Motorsports co-owner Matt Tifft’s career took a bit of a detour over the past few years, seeing the 25-year-old transition from the driver’s seat, after battling back from a brain tumor to defeat the odds back into NASCAR in 2016, to the owner’s chair following an epilepsy diagnosis in 2019.
While that may have not been the long-term vision during his on-track come-up with top organizations like Kyle Busch Motorsports and Richard Childress Racing before a season in the Cup Series with Front Row Motorsports, it seems to be paying off — Tifft was named to Forbes Magazine’s prestigious ’30 Under 30′ list for 2022.
The annual list, released on Dec. 1 each year, recognizes “600 of the brightest young entrepreneurs, leaders and stars,” according to the outlet, and features fellow honorees among the sports category such as NBA shooting guard Devin Booker, NFL quarterback Dak Prescott and MLB first baseman Vladimir Guerrero Jr.
“To be recognized in this year’s Forbes 30 under 30 Class of 2022 is absolutely surreal,” Tifft told NASCAR.com. “Looking at the list of people I am involved with here is so incredible, but makes me want to prove myself even more and strive for even greater achievements. The NASCAR community has given me so much in my life from being a fan, a driver, and now an owner. I can’t put to words about how much I appreciate everything and everybody this great sport has done for me.”
This past season marked Tifft’s first as an owner — NASCAR’s youngest — with co-owner BJ McLeod piloting the No. 78 Live Fast Motorsports Ford in 28 of 36 Cup races in 2021. McLeod earned the team’s first top 10 in the regular-season finale at Daytona.
See the full entry on Tifft’s accolade over at Forbes.com.
You can find Tifft on social @matt_tifft and his team @teamlivefast across most platforms.
For press: contact matt@teamlivefast.com
Source: Live Fast Motorsports