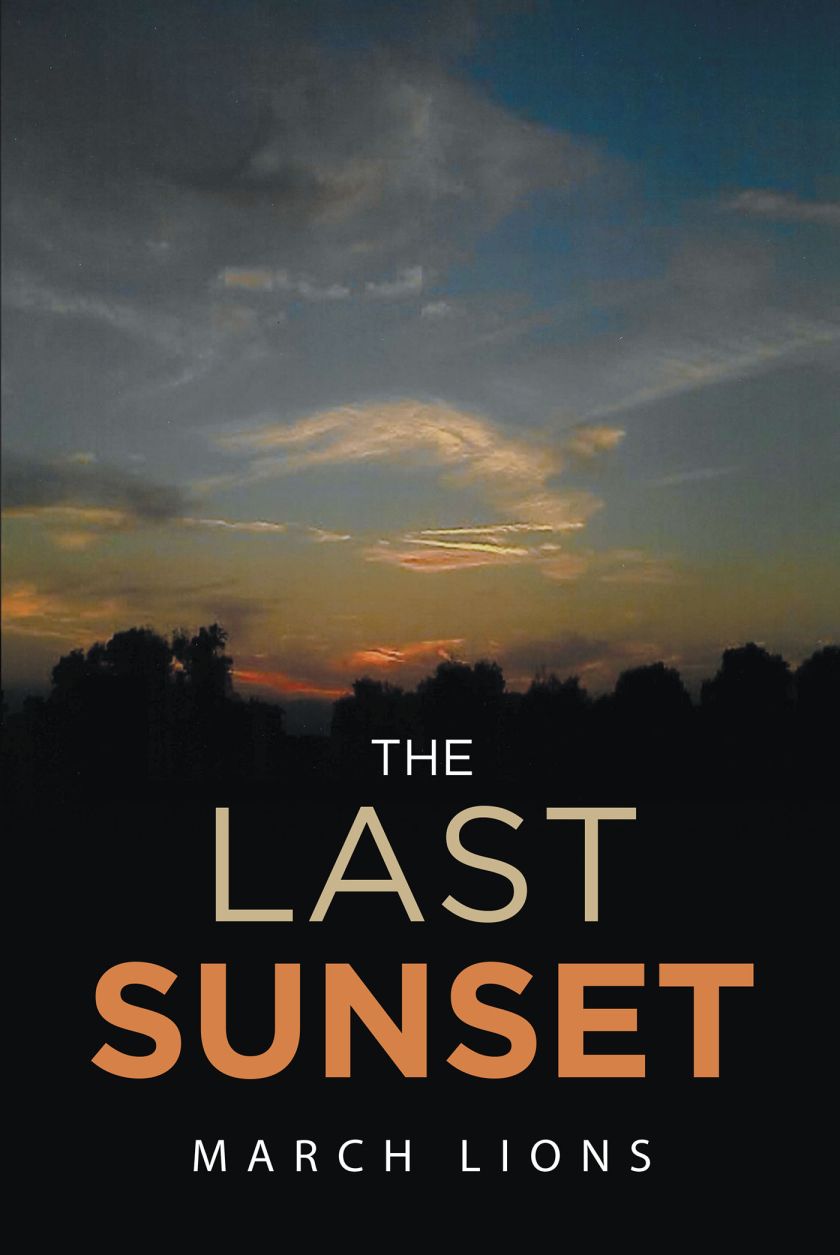 Fulton Books author March Lions has completed his most recent book “The Last Sunset”: a suspenseful science fiction novel that takes readers on an unforgettable adventure.
Two baby girls seating in the rear of a car are involved in a terrible accident and their mother dies. An alien spacecraft hovering in the storm above witnesses the event and teleports the girls from the burning car. The girls are taken to the alien’s home world on the other side of the galaxy. On arrival, they are separated and never told they were saved from a burning vehicle on a planet on the other side of the galaxy.
Twenty-six years later, they are headed to Earth on opposite sides of good and evil. However, they are not aware they are sisters, let alone earthlings. The younger sister is an agent for the alien, Captain Arantose, who wants to either conquer or destroy the Earth for its precious raw materials. The other sister’s mission is to either protect Earth or let it be destroyed.
The eyes of Earth can’t see every inch of space and spot an intruder, with either good or bad intentions, which could sneak through and take over or destroy Earth. When these aliens arrive, can Earth survive?
Author March Lions was born in Puerto Rico and relocated to New York City at the age of five with his parents. He didn’t speak any English, but he was enrolled in public school anyway. He learned the English language and the culture of New York City. He flourished through grade and high school while, at the same time, learning the Spanish language at home. He was taught the ties and heritage of the island and its people.
Shortly before his nineteenth birthday, he enlisted into the U.S. Marine Corps and left for boot camp in mid-April. Becoming a U.S. Marine was one of his goals. He felt that if he was going to serve his country in the military, he might as well go with the best fighting force. After boot camp in Parris Island, South Carolina, he was trained in jungle tactics and warfare. He knew his fate was to go to the Republic of South Vietnam, but he didn’t regret it for a moment. In November, he received orders to report to be transported to South Vietnam. He was given two weeks’ leave, and on the morning of Thanksgiving Day 1966, he left his family and friends to defend and protect the people of South Vietnam against the communist north.
He was trained well to defend the people of South Vietnam and to protect his fellow marines. During the last week of September of the following year, an explosive device blew up underneath him while on a patrol. His world would never be the same. The explosion traumatically blew off his left leg just above the knee and his right leg up to his hip. He didn’t think life was over because he knew the Marines would do everything possible to save his life.
Six months later, he was at the Philadelphia Naval Hospital and fitted with artificial legs, but he knew walking was not realistic. Confined to a wheelchair, he became a federal government employee to help other veterans achieve what he already had: respect and a job. While in the federal service, he was part of a group of specialists involved in drafting and reviewing federal employment laws and regulations for disabled veterans, Vietnam Era veterans, and other severely disabled persons. While he was working in the federal government, he attended community college at night. He completed his college education online and received a BA degree in general studies. He retired from the workforce in 2012, but he’s now doing what he loves and is enjoying very much–writing.
Author March Lions writes, “At twenty-four years old, Diane Sarah Trey was already a widow. She can still remember the moment her life changed forever. Her husband, a U.S. Marine stationed in the Middle East, was killed during a routine patrol when she was five months pregnant with her second child. The tragedy made her emotionally unstable. Unfortunately, mothers don’t have much time to gather their emotions when they have a family to take care of. The father of her children had left behind two beautiful young girls. Their ages are now two years old and the other three months old. She vowed to raise them as their father would’ve wanted. She loved and protected her daughters dearly with all her strength. They were her world and the only link she had left to her late husband.”
Published by Fulton Books, March Lions’s book invites readers to discover whether the leaders of Earth will be able to negotiate and save its inhabitants. Will Earth’s inhabitants be ready to sacrifice everything or die?
Readers who wish to experience this chilling work can purchase “The Last Sunset” at bookstores everywhere, or online at the Apple iTunes store, Amazon, Google Play, or Barnes & Noble.
Please direct all media inquiries to Author Support via email at support@fultonbooks.com or via telephone at 877-210-0816.
Source: Fulton Books