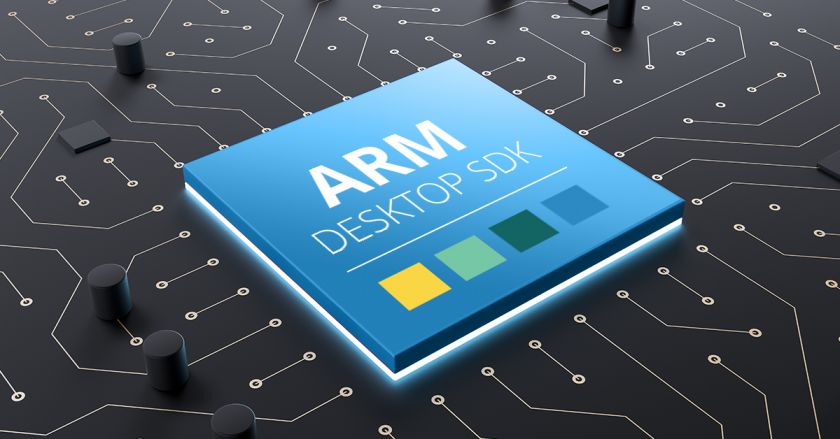 MainConcept, the leading provider of codec and streaming technologies to the professional and broadcast industries, today revealed its lineup of video codecs and components optimized for ARM chipsets. The MainConcept® ARM Desktop SDK includes award-winning codecs custom-built for the new processors used by major computer hardware manufacturers including Apple, Microsoft and Samsung. These optimizations mean software like Adobe® Premiere® Pro, the leader in video editing, delivers the same amazing experiences users have come to expect from x86 processors.
Video production workflows face unique challenges, often demanding immense processing power and the flexibility to operate across a variety of devices and formats. With the introduction of ARM-powered devices, video software providers need to think critically about how they re-architect their applications to provide a consistent user experience. Among the most important considerations is codec performance and how to maintain the advantages of using highly optimized encoders, decoders, and supporting components. MainConcept’s optimized ARM Desktop SDK does just this, allowing software developers to focus their efforts on higher-level development, saving time and cost.
With decades of expertise, MainConcept is the go-to company in the video industry for reliable and high-performing codecs, applications, and plugins. In anticipation of the release of ARM processors for Apple Macs, MainConcept started working with leading companies such as Adobe in early 2020. As a result, MainConcept ARM Desktop SDK 1.0 delivers codecs and components that have been tested across a multitude of implementations, from multi-seat production studios to home setups.
MainConcept HEVC/H.265 and AVC/H.264 codecs for ARM deliver up to 2x improved encoding and decoding performance when compared to other codecs. This means production software using the SDK can outperform standard and unoptimized software, including open source.
“Early in the transition to ARM, MainConcept recognized the need to support our partners as they worked to move their video production software to the new architecture. Developing optimized software on a new chipset is not simple. MainConcept engineers employed their decades of experience to conquering this complex problem,” said Thomas Kramer, Vice President, Product Management, MainConcept. “By working closely with Adobe and others, MainConcept was able to meet specific performance requirements to guarantee a seamless transition and consistent user experience, regardless of the chipset.”
“Adobe Creative Cloud users want to focus on doing their best creative work and not worry about which chipset they have. It is vitally important to us that creatives have a consistent experience across our supported platforms,” said Sue Skidmore, head of partner relations for Adobe Video. “When it came to readying Premiere Pro and other Adobe products for Apple M1 devices, we valued the collaboration with MainConcept on implementing optimized HEVC and AVC codecs for ARM.”
MainConcept ARM Desktop SDK codecs and products include:
The MainConcept ARM Desktop SDK is now available to try or buy. To learn more and download the free trial, visit www.mainconcept.com/arm. To learn more about Adobe product offerings, visit www.adobe.com.
About MainConcept
Since 1993, MainConcept has provided best-of-breed video/audio codec solutions that fuel creativity and business globally for professional video production, multimedia, broadcast, digital signage, gaming, medical and security industries. For more information, visit www.mainconcept.com.
Press Contact: Geoff Gordon | pr@mainconcept.com
Source: MainConcept