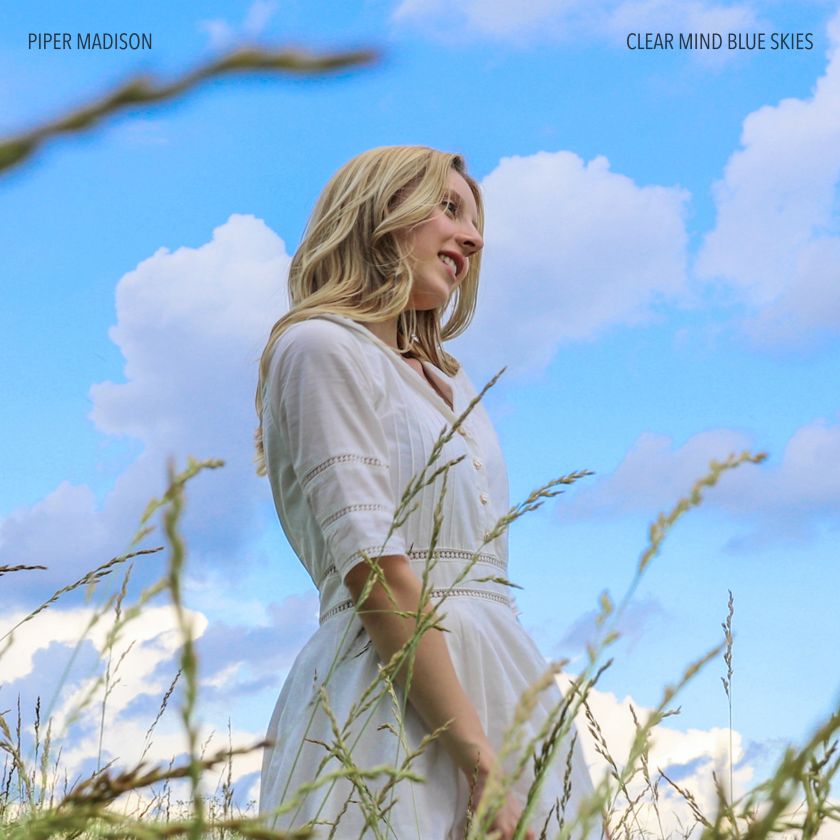 Louisville-based indie artist Piper Madison teases fans with the first single “Clear Mind Blue Skies” from her upcoming sophomore LP “How Do I Love?” Written and co-produced by Madison, “Clear Mind Blue Skies” arrives almost two years after her debut album “Who’s Running Your Mind” (2019), suggesting an exciting new chapter for the Billboard-charting artist.
“I feel that it is in our power to share love with others when we feel it for ourselves. That’s exactly what I seek to achieve with this song. If this album were a day, this song would be its golden hour.” – Piper Madison
In “Clear Mind Blue Skies,” Madison’s gripping, textured vocals and infectious guitar riffs shine with a growing sense of positivity, personal evolution, and self-assurance. “Clear Mind Blue Skies” is an anthem for the optimist, an ode to warm summer days spent exploring golden Kentucky fields. While her lyrics remain characteristically introspective, “Clear Mind Blue Skies” offers an intriguing transition away from Madison’s previously angst-ridden rock.
Madison herself offered insight into the single, stating, “‘Clear Mind Blue Skies’ is the musical representation of the sun glowing over a green field, or a serene wave washing over you. ‘Clear Mind’ is my happy place and I wrote this song with the hope that the peace I was feeling at the time would transpire to anyone who hears it.”
Listen to “Clear Mind Blue Skies” on all platforms. The full-length album “How Do I Love?” is slated for release this October, wielding a soulful pop sentiment with jazz-inspired undertones.
How Do I Love?
WEBSITE: pipermadison.com
INSTAGRAM: @pipermadison
CONTACT:
Patrick Leemanager@pipermadison.com
Phone: (818) 691-6210
Source: Piper Madison