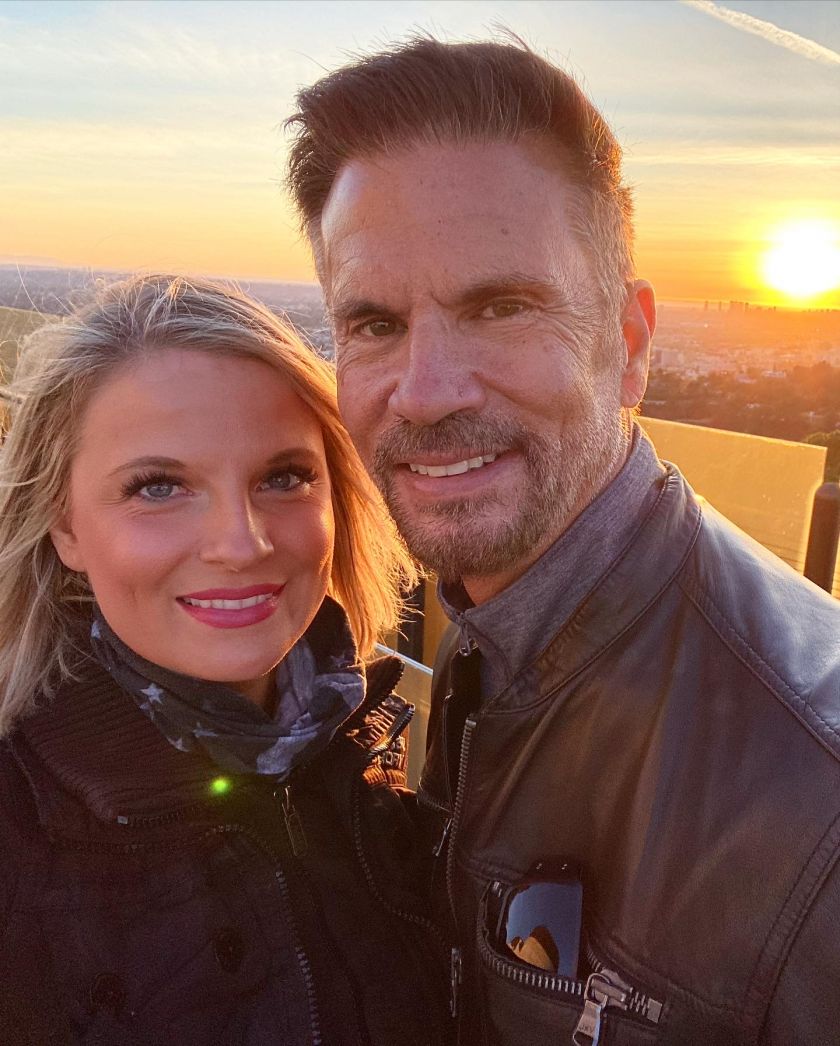 Lorenzo Lamas of Los Angeles and Kenna Nicole Scott of Coeur d’ Alene, Idaho have announced their engagement. The couple made the news public during a romantic pre-Valentine’s Day weekend in Las Vegas.
“Kenna and I met through my Godmother Francesca Daniels last April. I proposed to Kenna on Thursday the 11th of February In Las Vegas. She accepted my Lifetime Valentines request. The last 10 months with Kenna have been the most romantic months of my life and we have fallen deeply in love. It is a love like no other and we look forward to the day we become husband and wife. Sometimes love waits for the stars to align and two soul paths to intersect. We are ecstatic!”  — Lorenzo Lamas.
Lorenzo Lamas is an International Film, Television, Stage Actor, Director, Producer, and Singer who is recognized as one of the World’s most admired stars. Best known for his nine-year run as Lance Cumson on “Falcon Crest,” and for his five-year run as Reno Raines on “Renegade.”
He is Californian-born and the son of movie and stage star Arlene Dahl and the legendary Fernando Lamas and the stepson of swimming champion, Esther Williams.
Lorenzo is a certified pilot and flight instructor, which makes him active with a number of charitable organizations such as a volunteer pilot providing free air transportation to medical facilities. He is an avid Harley-Davidson motorcycle enthusiast, and participates in many charity related rides.
Kenna Nicole Scott, born and raised in Boise, Idaho, moved to Los Angeles to pursue a successful modeling career. In the 2000s she modeled for national campaigns for Guess jeans and Emporio Armani. After living in Los Angeles for most of a decade, she decided to return to Idaho with her husband at the time to raise her children. She has owned and managed startup companies and is also a freelance copywriter for companies like Oxyfresh and K9 connoisseur.
She and Lorenzo currently travel back and forth depending on their schedules and look forward to deciding on their future home together in the near future.
Lorenzo and Kenna have many shared interests; they enjoy the beach, motorcycling, and spending as much time together as possible. They are also involved in giving back to their communities and are actively involved with a number of nonprofit organizations.
WHO: Lorenzo Lamas & Kenna Nicole Scott
WHAT: Engagement Annoucement
CONTACT:   Cherry Hepburn, 818.505.1104  cherry@putnam-smith.com
Source: Putnam & Smith