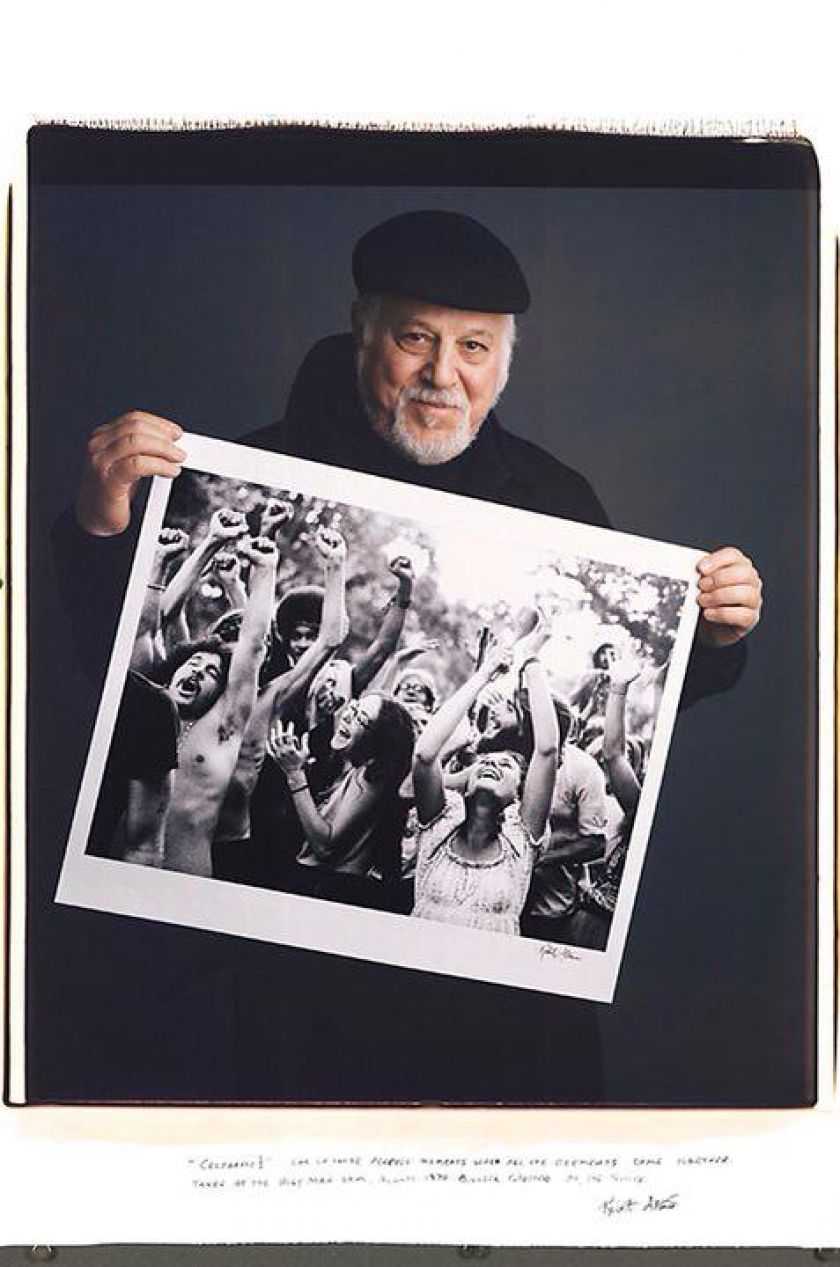 Legendary photojournalist Robert Altman, born Oct. 10, 1944, passed away on or around Sept. 24, 2021, one month short of his 77th birthday, at his San Francisco home due to complications of his long battle with esophageal cancer, announced Altman’s press agent Lee Houskeeper of the News Services/San Francisco Stories agency. Robert Altman captured an extraordinary and iconic photographic collection of the counterculture era and the world of rock ‘n roll between the 1960s and ’70s. His later works focused on the world of fashion.
Born and raised in the Bronx, New York, Altman attended Hunter College at the City University of New York. After graduation, Altman was taught photography by Ansel Adams, then moved to San Francisco, where he became entrenched as a fixture within the art community through continuously developing his work, befriending many as if they were family.
Cementing his roots in San Francisco, Altman shot the front page, full back cover, and inside spread for the then-underground rag Good Times. Altman later worked as Chief Staff Photographer for Rolling Stone Magazine, capturing iconic covers, notably Tina Turner, Dave Crosby, and Keith Richards. His former boss and founder, Editor, and Publisher of Rolling Stone Jan Wenner has said: “Robert Altman was instrumental in portraying the look and feeling and vitality of the Sixties.” When interviewed about his entrance to Rolling Stone, Robert replied, “So I took this photo of Peter Fonda and Rolling Stone saw it in a Magazine …” Later he recalled, “Baron Wolman is now like my older brother and dearest friend … I moved into that slot and became that Chief Staff photographer…” Serving between two other legendary photographers, Altman held this position at Rolling Stone from 1970 to 1973.
Music critic and author Joel Selvin has said, “Robert Altman has left us with some indelible images from a time and place that will ring through the ages as an enduring American archetype, The San Francisco Hippie.”
A later milestone in Robert’s lifetime included the 2009 Macy’s (Herald Square, NYC) display of his photographs in tribute to the Summer of Love, including more than 175 photos from his book The Sixties. With more than 4,000 viewers passing per hour, this was considered one of the largest indoor/outdoor exhibits. This event served as a backdrop for his book signing and the beginning of principal photography for his only authorized documentary, currently titled “Robert Altman: Through the Lens.” Altman’s The Sixties book cover image was incorporated into fashion designer Paco Rabanne’s Paris Fashion Week Spring 2011 garments.
Frankie Anne, friend and director, who Robert honored to produce and direct the documentary, recalls her years working with Robert. “Robert was a wonderful and loveable mensch and friend. As one of the lead Rolling Stone photographers, Altman’s exquisitely candid shots capture the historic moments that have come to define the ’60s.”
UC Berkeley acquired Altman’s work to form the Robert Altman Photograph Archive, now living in the Bancroft Library, serving as primary research on the American West.
Robert is survived by his body of work.
CONTACT:
Lee Houskeeper
Cell/Text: (415) 654-9141
NewsService@aol.com
PHOTOGRAPHY CONTACT:
Executor Felicia McRee
Cell/Text (713) 253-6364Studio@momentsinafrica.com
https://drive.google.com/drive/folders/1aV01X4aJf4eQdHfu205gUUvrRyan0SM7?usp=sharing
Robert Altman photograph archive, BANC PIC 2018.014, © University of California Regents, The Bancroft Library, University of California, Berkeley.
VIDEO INTERVIEWS CONTACT:
Frankie Anne
Cell/Text (818) 795 7775
samatwin@yahoo.com
Link to the documentary sizzle of film currently titled “Robert Altman: Through the Lens”:
https://vimeo.com/141574054
Password: 60sWIP
Interviews are cleared and available for use. Music clips are pending clearance and not available.
Credit: Use with permission of director/producer Frankie Anne.
Link to Obit in San Francisco Chronicle by Sam Whiting:
https://www.sfchronicle.com/bayarea/article/Robert-Altman-counterculture-photographer-during-16503409.php
Source: News Services/San Francisco Stories