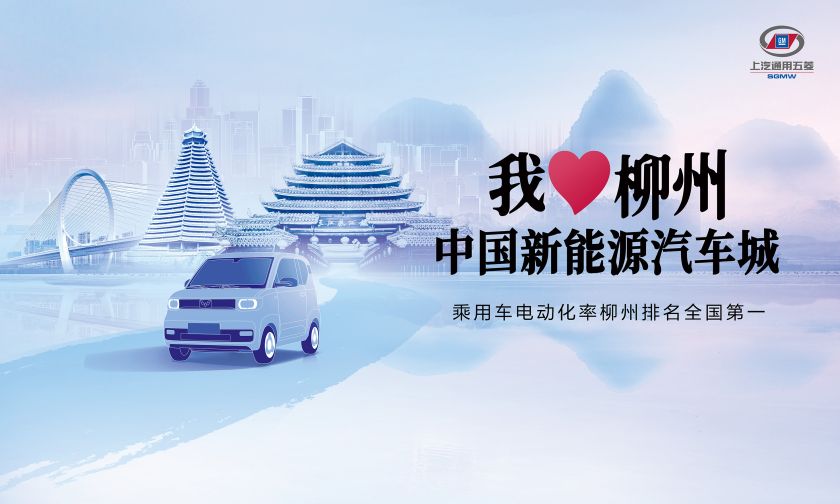 “China New Energy Automobile City Liuzhou Template Big Data Report” was released on Oct. 22 at the New Energy Automobile National Big Data Alliance 2021 Summit Forum, in Liuzhou city in Southwest China’s Guangxi Zhuang Autonomous Region, according to SAIC-GM-Wuling, a joint venture between SAIC Motor, General Motors, and Liuzhou Wuling Motors.
China New Energy Automobile City has become a new business card for Liuzhou city thanks to the “Wuling Model”, an urban new energy development strategy featuring industrial scale, travel facilitation, ecological humanization, environmental protection and low carbonization. From January to September this year, Liuzhou’s passenger car electrification rate reached 31.6%, surpassing the country’s first-tier cities such as Beijing, Shanghai, Guangzhou and Shenzhen, ranking first in the country.
“Wuling Model” also provides a strategic measure to respond to climate change and promote green development. Through the government-enterprise linkage with SAIC-GM-Wuling, Liuzhou has embarked on an innovative development path in the promotion and application of new energy vehicles, the development of industrial clusters, and the application service ecosystem. Liuzhou, as an important industrial city in southwest China and the country’s new energy automobile city, has also appeared on the golden business district outdoor advertising board in North America.
According to the report, as of the end of September this year, the number of new energy vehicles in Liuzhou was close to 100,000, accounting for 10.5% of the city’s total vehicle ownership. From 2018 to 2020, the electrification rate of passenger cars in Liuzhou was 19.9%, 24.7% and 28.8%, respectively. From January to September 2021, the electrification rate of passenger cars rose to 31.6%. Liuzhou ranks first in the country among the top 30 cities in the country with a cumulative total of new energy vehicles.
The automobile industry is the first pillar of industry in Liuzhou, with an annual output of more than two million automobiles.
Five out of every 10 small new energy vehicles in the country are from SAIC-GM-Wuling, according to the “China’s New Energy Automobile City Liuzhou Model Big Data Report”. The average monthly launch rate of SAIC-GM-Wuling small new energy vehicles reached 96.33%, higher than the national average of 78.75%.
SAIC-GM-Wuling GSEV series products have won first place in the market satisfaction of pure electric mini/compact cars in the 2021 China Automotive User Satisfaction Index evaluation due to their excellent product capabilities and precise market positioning.
Source: SAIC-GM-Wuling