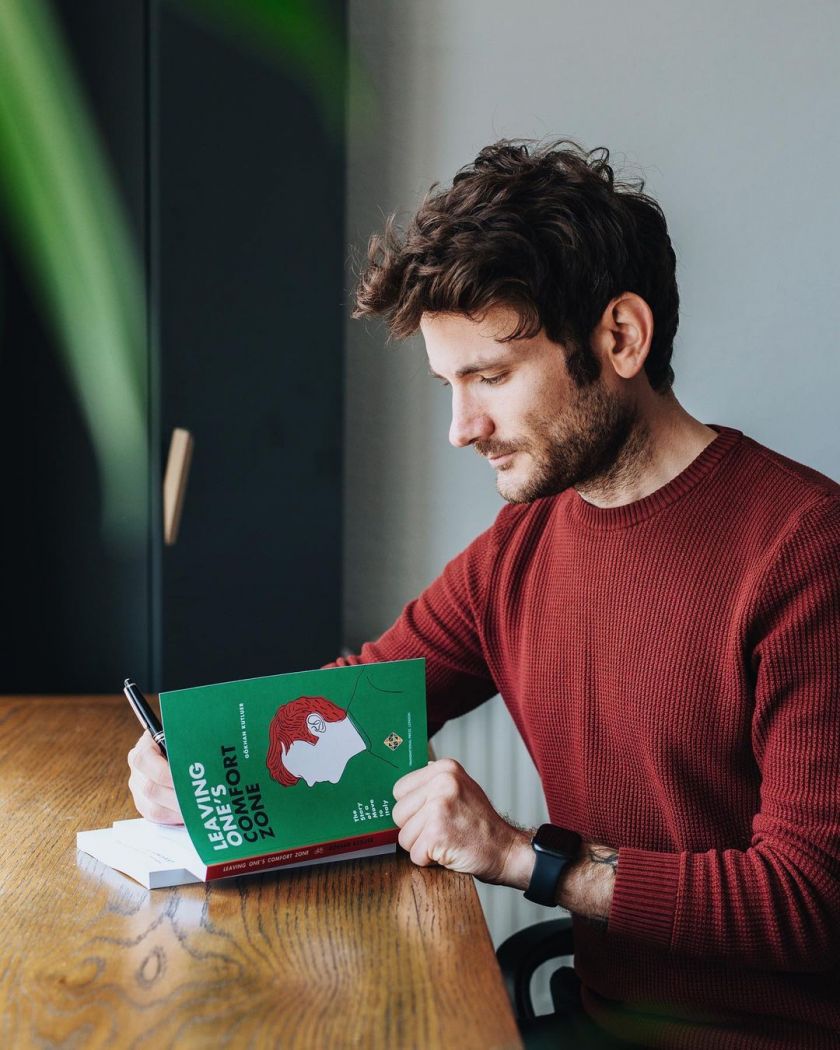 Since the mid-2000s, leaving Turkey has been a social phenomenon associated with the changing social atmosphere, declining economy and a fear that is associated with state power. Compared to the migration from other Middle Eastern or Post-Colonial African or Asian Countries, the phenomena of leaving Turkey has emerged from and is almost, only contained to the well-educated middle, upper-middle-class who holds the idea of not belonging, not seeing a future in well harmony with their own ideologies. Of the many contributing factors, an undoubtedly crucial one is the distinct conflict between the “western values and modern ethics” of Turkey’s more prestigious schools, and the politics in Turkey, which have led to the mass exodus of thousands of students, teachers, artists and other well-educated natives, among them Gokhan Kutluer.
Leaving One’s Comfort Zone: A Story of a Move to Italy tells the story of Kutluer’s move from Turkey to Italy, following a burning desire to leave Turkey first instilled in him during his Erasmus semester in Italy as an undergraduate.
“There are a few, in our generation, who have narrated their story of leaving Turkey due to its social chaos,” writes Guvenis, the editor of the book, and continues, “Kutluer’s story couldn’t have come at a better time. He addresses a whole generation of well-educated, middle or upper-middle-class wanting to leave Turkey, even though remaining subjective and auto-fictional. His engagement with this social problem is hidden in the first chapters.”
Turkey’s government has come under much scrutiny from the rest of the world and people are no doubt much more aware of the problems driving the aspirational youth out of Turkey. Many social commentators have argued that Turkey’s young people are despairing, having grown up with President Erdogan in charge for the last 18 years, and for the thousands who are doubtless still to follow in Kutluer’s path, his book is almost something of a guidebook, through the changing cultural landscape as he travels from Istanbul to Bergamo.
Kutluer describes the book as a “story of achieving to leave, of not being able to persist, of not belonging, of statelessness, of struggle, self-exploration, of solitude and loneliness, family affairs and self-recognition.” His engagement with the social problems in Turkey is hidden in the first chapters of Leaving One’s Comfort Zone.
This ever-relevant story of emigration was a huge success in Turkey and has now been translated into English by Irem Bilkin.
Available on Amazon and other online book sellers.
Source: Gokhan Kutluer