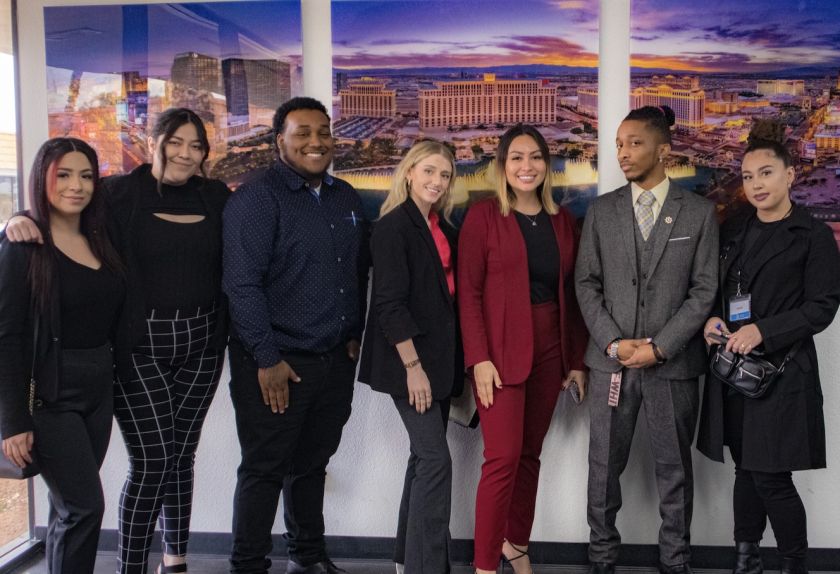 As the year 2022 comes to an end, the team at Las Vegas Premier Marketing (LVPM) is taking a moment to reflect upon the past year’s success. 2022 proved to be an eventful year as LVPM saw the growth of its company in its newer territories, mentored and helped sustain success for its sister companies, and held its first company-wide conference.
At the end of 2021, Las Vegas Premier Marketing’s CEO Joey Ortiz announced that five of his local marketing managers were to be promoted to branch owners, taking LVPM across the country. In early 2022, these plans came to fruition as the branches were opened in Hawaii, California, Maryland, and Texas. Ortiz reports that over the last year, Jenalyn Senga, Ferrel Marshall, Tayrou Toure, Jacob Garcia, and Caitlyn Lucero have worked tirelessly to build the business in these new territories and have been successful in their endeavors.
In 2022, Las Vegas Premier Marketing not only expanded its namesake but helped its sister companies open and operate successful marketing firms. The team at LVPM prides itself on its ability to help marketing professionals, such as Lacia Stuart, reach their full potential. In March of 2022, with the help of LVPM’s CEO Joey Ortiz, Stuart took her years of experience and market managing skills at LVPM and opened Evolve Management. Stuart’s marketing firm has experienced almost an entire year of growth and success.
LVPM ended the year strong with its first-ever company-wide conference. CEO Joey Ortiz hosted team members from across the country where it all began, in the city of Las Vegas, Nevada. The conference highlighted the keys to the company’s success. Emphasizing that Las Vegas Premier Marketing has a culture of its own, a “winning culture” which is high energy and motivational. Ortiz also commended the staff for its teamwork and leadership skills, which were also driving forces in LVPM’s success. It’s this work ethic and winning culture that made the year a success and that people can expect to see in the new year of 2023.
“This year, the team at LVPM has seen much success. We are eager for what lies ahead in the new year,” said Joey Ortiz.
Connect with Las Vegas Premier Marketing on Instagram, Facebook, LinkedIn, and more to stay up to date on all the company events. Contact us at hr@lasvegaspremiermarketing.com or join our team and start the career of a lifetime.
Source: Las Vegas Premier Marketing, Inc.