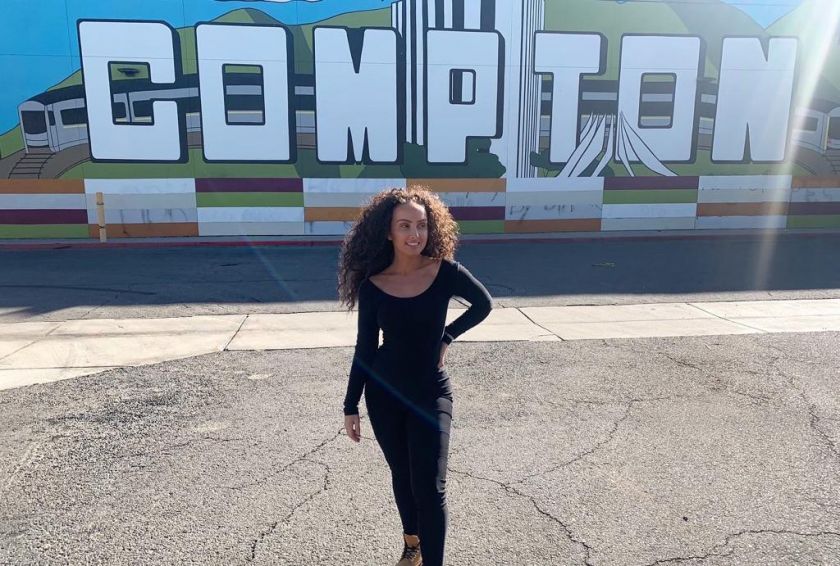 Pop/RnB artist Kiara Marzella has opened up headline tours for Ashanti, was featured on BBC Music numerous times, and developed a fashion line for her previous brand that showcased at London Fashion Week. The Manchester-based singer, just like a lot of other artists, was affected by the pandemic; however, the pandemic couldn’t stop her passion and drive to make her dreams come true.
Determined to become better and beat the odds, in the midst of a lockdown, she packed her bags she flew to Dubai quarantined for three weeks, then made her way to Los Angeles, California and teamed up with Fred Martin, the founder of Compton Kidz Club.
Compton Kidz Club is a life-changing transformational Performing Arts Programme, which recently launched the first African American Private School with Performing Arts in its curriculum. CKC has been green-lit by a major production company to produce their own docu-series and feature film, and they’ve performed at the Hollywood Bowl with Diana Ross and Beck. They are partners with the Los Angeles Lakers and created an eco-package for environmental justice, and have performed the national anthem and half-time show.
They most recently performed on the Grammy Award Winning Album ‘Hyperspace’ with Beck, produced by Pharrell Williams, just to name a few of their other many accomplishments.
Kiara Marzella has burst onto the Compton Scene as the new fashion instructor for Compton Performing Arts Academy, hosted television productions sponsored by Netflix, and recorded for Concord Music Group / Universal for their artist and rock band ‘GrayScale’. She is currently negotiating a production deal with Grammy Award winning producer Fred Martin and his team Artist Prime, LLC.
“I thought I was only going to America to become better as an artist, but little did I know I would walk right into an environment that would change my vision on everything, a place where they achieve and create so many great opportunities, it feels just like a family and I am now part of that family! Rare,” says the Glaswegian Singer.
The partnership between UK-based artist Kiara Marzella and American-based organisation The Compton Kidz Club will bring the opportunities and exposure that we are producing to the UK. This collaboration will create a unique and diverse partnership that very timely in our society today. Kiara Marzella is a renaissance woman, perfecting her craft, defeating the odds, facing all challenges, as she takes her place representing Europe as a phenomenal woman.
Source: Compton Kidz Club