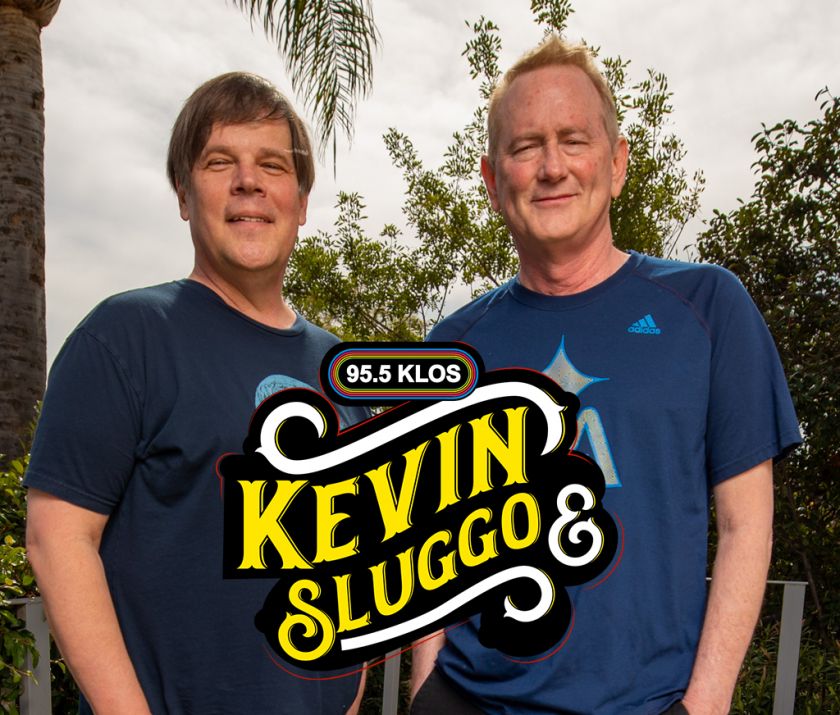 Meruelo Media proudly announces that legendary co-host of “The Kevin & Bean Show” and National Association of Broadcasters and Radio Hall of Fame inductee, Kevin Ryder is joining the 95.5 KLOS team to host a new show, “Kevin & Sluggo,” which will air live each weekday from 3 p.m.-7 p.m. on Southern California’s Rock Station.
After 30 years as co-host of “The Kevin & Bean Show” in Los Angeles, Ryder joins the heritage rock brand after taking some time off after his departure from KROQ. Kevin said, “I’m happy KLOS has lowered their standards just enough for me to slip in. Everyone at the station, starting with Heidi and Frank in the morning, are having fun, and love the music they’re playing. I’m happy to be working in the afternoon, with my longtime friend Sluggo, because one of us needs to be able to use the English language sufficiently. Plus, I need my beauty sleep to remain at the top of the modeling game. I’m looking forward to reconnecting with listeners and having fun on the air in L.A. again!”
“We’re doubling-down on ‘live and local’ with one of the very best in our craft,” remarked Otto Padron, Meruelo Media President and CEO. “Bringing Kevin Ryder on-board was a no-brainer, as this is the type of bold and disruptive move that delivers compelling voices and relevant content to our very deserving listeners. We welcome Kevin and his legion of loyal fans to the KLOS Meruelo Media family!”
KLOS Program Director, Keith Cunningham commented, “Great talent and content are king. If we’re not providing both, we’ll become irrelevant. Kevin is laugh out loud funny, an A-List content creator, hall of famer, this market loves him, and adding him to the team and partnering him with Sluggo completes what I consider to be the most powerful and entertaining on-air lineup in all of Southern California.”
The “Kevin & Sluggo” show will debut Thursday, Feb. 18 at 3 p.m. and is described as ‘Maxim Magazine … meets Rolling Stone … meets ESPN … meets Comedy Central,’ and will feature a mix of rock music, talk, comedy, listener interaction, and celebrity and artist interviews.
Press Contact:
Keith Cunningham, Program Director, 95/5 KLOS-FM Los Angeles
keith.cunningham@meruelomedia.com
Dianna Jason, diannajason@gmail.com 818-632-9846
Source: Meruelo Media