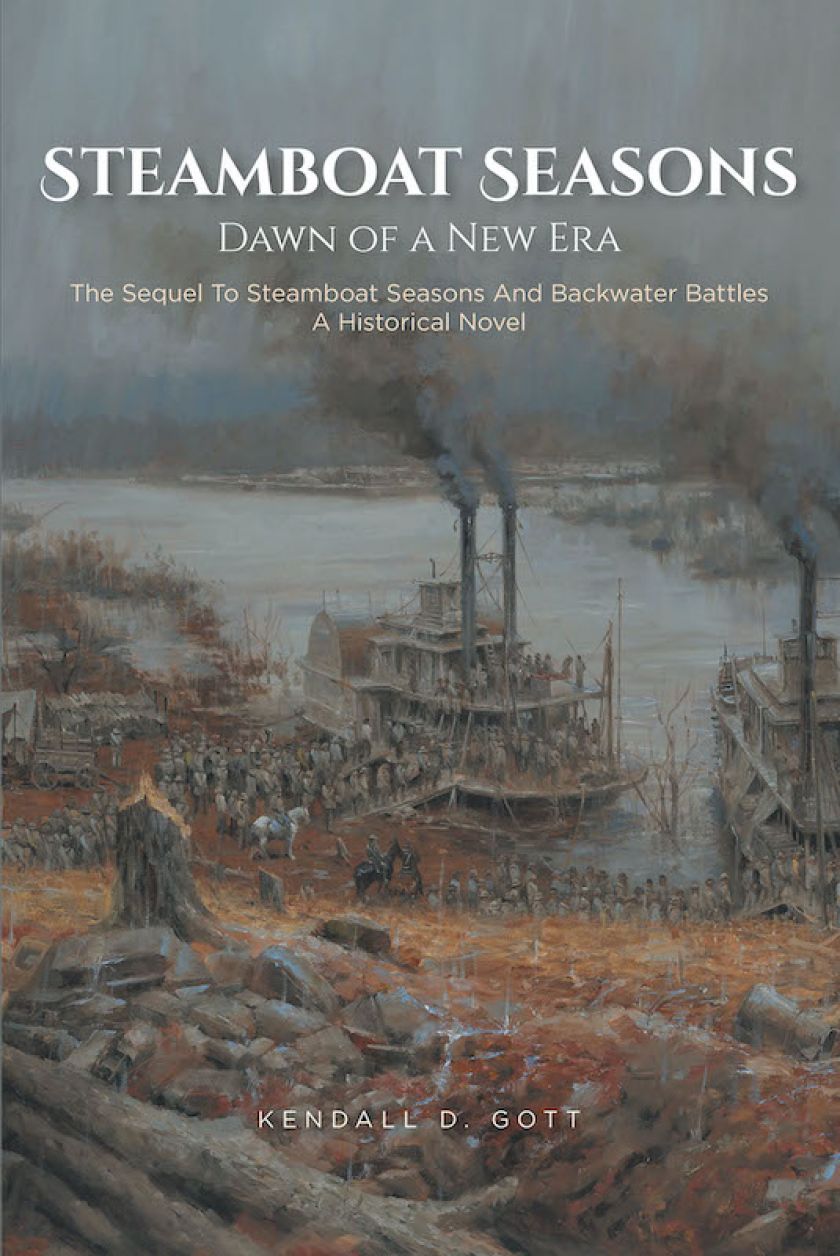 Kendall D. Gott, a retired army officer, a retired senior historian of the Combat Studies Institute; has completed his new book, “Steamboat Seasons: Dawn of a New Era”: a gripping tale that covers the journey of a steamboat Captain after the battles he faced hoping to have a good return without knowing the impending conflicts that await him.
Kendall writes, “This historical novel is the sequel to Steamboat Seasons and Backwater Battles, following our Captain and his steamboat during the year after the American Civil War. He finds little remains unchanged of his life, his livelihood, and his country. His love, Ann, rejoins him, but conflicts arise. Consignments fade away as the Southern economy is wrecked, and it may be years before its recovery. The newly freed African Americans have not realized any true benefits the end of slavery promised. Labor disputes and competition from the railroads and the dangers on the rivers cause the Captain to reassess his life. A deadly conspiracy stalks his boat up and down the Mississippi and onto the Missouri River—and ends in a final confrontation.”
Published by Covenant Books of Murrells Inlet, South Carolina, Kendall D. Gott’s new book fuses history in this enthralling read and brings readers back into the exploits of our Captain as he deals with more tangled knots and dangerous discoveries.
Readers can purchase “Steamboat Seasons: Dawn of a New Era” at bookstores everywhere, or online at the Apple iTunes store, Amazon, or Barnes and Noble.
Covenant books is an international Christian owned and operated publishing house based in Murrells Inlet, South Carolina. Covenant Books specializes in all genres of work which appeal to the Christian market. For additional information or media inquiries, contact Covenant Books at 843-507-8373.
Source: Covenant Books