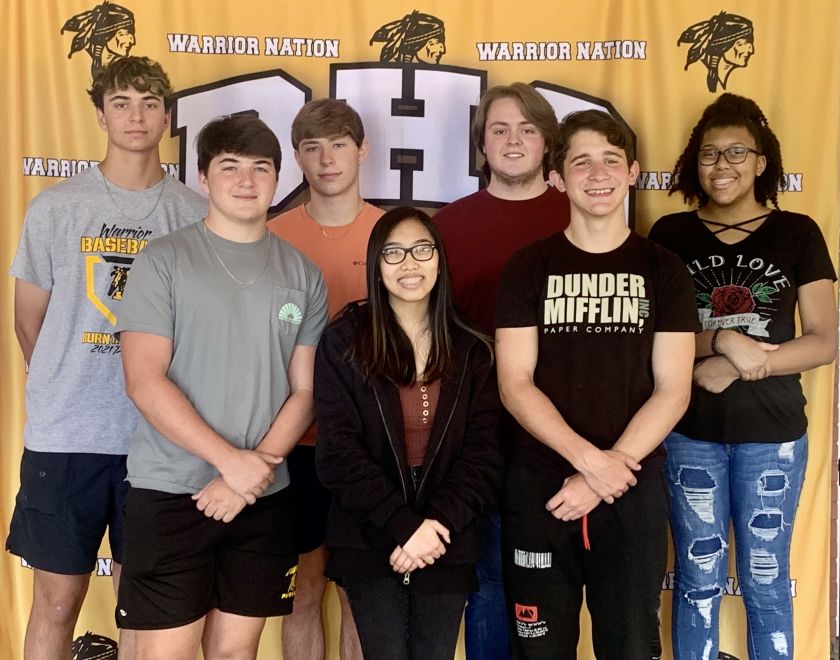 D’Iberville High School (DHS) is the “Home of the Warriors” and that is definitely what the students are — warriors who conquer great academic feats and rise to educational victory. The completion of the American College Test (ACT) is dreaded by many high school students, however, the junior class at D’Iberville High recently proved that hard work and dedication will make scores rise high. The school was randomly selected to receive the Jumpstart Test Prep ACT English Review, developed by Dot McClendon, a 19-year STAR teacher, through a grant partnership with the Mississippi Legislature administered through the Mississippi Department of Education. Last week, the ACT improvements results for the school were released by Jumpstart Test Prep and showed significant improvement for D’Iberville juniors in the English sub-section of the ACT. Following the dedicated implementation and support provided by D’Iberville High’s faculty and the completion of Jumpstart’s ACT English review, over 60 percent of juniors had an average ACT English score improvement of +3.21 points over their best prior attempt.
Multiple DHS students were recognized for their English sub-score improvement results and shared their thoughts about the Jumpstart review program. Hannah Nguyen, who saw a +8 improvement, commented, “Jumpstart Test Prep made the difference because it reminded me of grammar rules that I had forgotten.” Pierson Feeney commented, “The biggest difference about Jumpstart was having a workbook to take home and study. Because of that, I was able to reinforce tips over and over again.” Feeney had a significant gain of +9 points. Mikayla Snaer, who scored a 20 or higher on her first attempt, agreed with Feeney. “Because I had a workbook, in addition to video modules, I was able to focus and complete the review to prepare for the ACT.” Snaer added, “The review portion really helped me because it reminded me of some things I had completely forgotten about.” Another student, Gavin Vassalli, who jumped +6 points, added to Snaer’s comments. “Jumpstart helped by reminding me of grammar rules and giving me tips. It really helped to improve my score.”
On his first attempt at the ACT, Michael Taylor, scored a remarkable 35 in the English sub-section. Taylor said, “Jumpstart made me realize what I needed to remember for the ACT and helped me review so that I would be fully prepared. Watching the videos and working within a set time-frame (constraint) helped with my time management and made everything a lot easier.” C.T. Frick, who had a dramatic 6-point growth, from a 29 to a 35, agreed with Taylor. “The videos and book were really easy to follow along with and provided step-by-step instructions.” Frick said, “Jumpstart provided me with the extra help to get the points I needed and increase my score.”
Jumpstart Test Prep is an online review program based on over 50 years of work by Dot McClendon, a legendary educator and Mississippi’s 19-year STAR teacher hall-of-fame inductee. “As a teacher at The Mississippi School of the Arts and several other schools during my career, I was able to help guide the preparation of students in person,” said McClendon. “Now, through our online, on-demand video review, students in D’Iberville High classrooms, as well as classrooms around the country, around the breakfast table or on the couch at home, are able to benefit from our approach.”
All juniors at DHS had access to the following resources:
School administrators utilized an online dashboard reflecting the video module completion progress of teachers assigned to proctor the review and/or individual student progress.
More information about Jumpstart Test Prep can be found at www.jumpstarttestprep.com.
Source: Jumpstart Test Prep