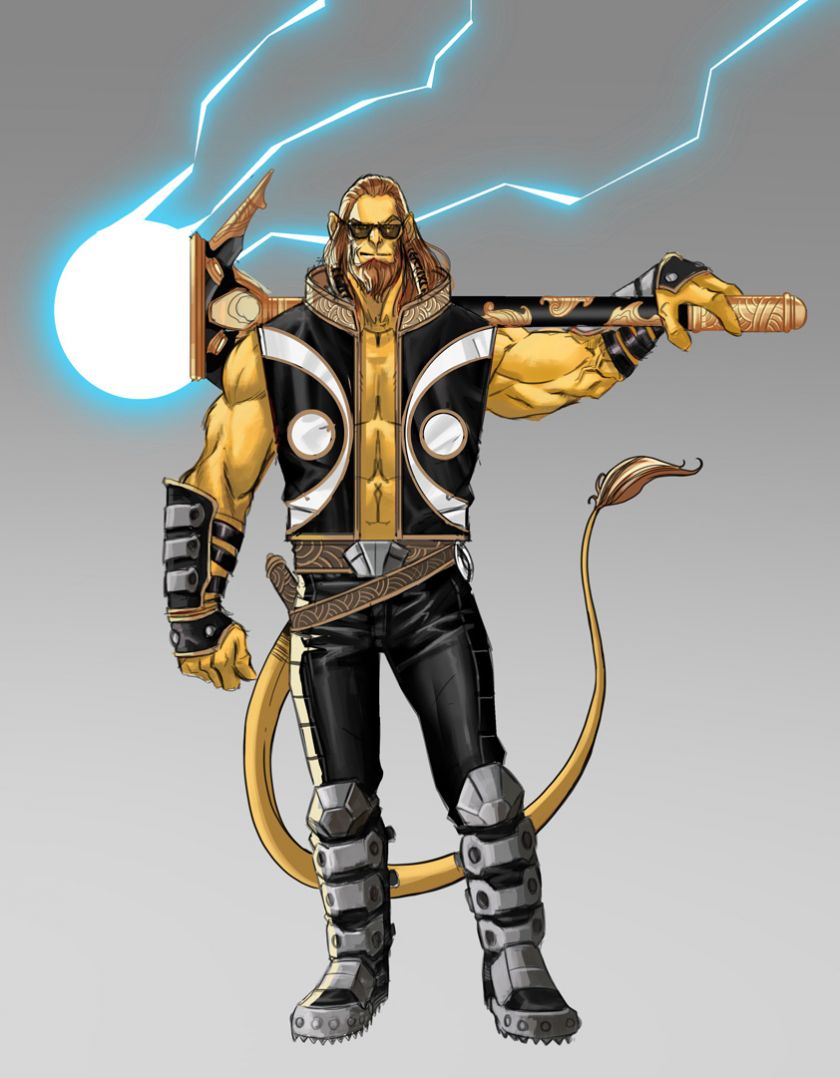 Stan Lee’s iconic superhero creations have inspired and captivated billions around the globe, and in an announcement that is sure to excite superhero fans worldwide, acclaimed filmmaker John Woo revealed today that he will be producing a live-action adaptation of Stan Lee’s MONKEY MASTER, a superhero story that Lee created with his long-time collaborator Sharad Devarajan in 2016.
The announcement brings together two of the most influential names in entertainment. Lee’s characters have generated over $32 billion at the global box office, and he co-created some of the most beloved characters and stories in entertainment that embody the Western superhero archetype. Woo, one of the world’s most celebrated action-filmmakers of all time, brings an Eastern sensibility to his Hollywood and Chinese blockbuster films including Face-Off, Mission Impossible 2 and Red Cliff.
In 2016, Stan Lee discussed Monkey Master, saying, “I have always been fascinated by the Chinese and Indian cultures which are so philosophical and rich in tradition and morality. I’ve written countless superheroes of every nationality and every part of the world before, I’ve even created many heroes from other planets and galaxies, but Monkey Master will be unique in how it interweaves myth to create a modern day hero that will entertain fans across the world with his martial arts skills and unstoppable super-powers.”
Commenting on the project, Woo said, “I have always wanted to make a film based on the Monkey King story of China but have struggled with a new way to present it. The story by Stan Lee was such a unique version of it that incorporated the mythological character’s unexplored journey to India and had all the elements I enjoy in filmmaking – great characters, action, and adventure. I am excited to work with Sharad and Gill to bring Stan’s vision for this new superhero character to the screen.”
Monkey Master is based on a previously unreleased comic book series and story created by Lee and Devarajan. When New York City archeologist Li Yong discovers an ancient prophecy about the Chinese legend of The Monkey King, it brings him to India where he uncovers a hidden power that transforms him into a modern-day superhero, the Monkey Master!
Woo and Devarajan will serve as producers for the adaptation along with Gill Champion, POW! Entertainment President and longtime partner of Lee, and Lori Tilkin, Head of Production at Woo’s A Better Tomorrow Films.
“Stan Lee was a mentor and friend who was one of the most influential creators of the 20th century. His characters are the modern mythologies of our time, transcending nations and culture and speaking to us in the primal language of human imagination,” added Devarajan, Co-Founder & CEO of Graphic India. “I am so excited to work with John Woo, Lori Tilkin and Gill Champion to honor Stan’s Monkey Master creation and bring this superhero to the screen the way he always intended.”
Gill Champion added, “Monkey Master is an exciting superhero adventure that will capture the hearts and minds of audiences worldwide. We are thrilled to be working with John Woo and Sharad Devarajan to bring this Stan Lee and POW! Entertainment creation to the screen.”
Press Contact: Press@graphicindia.com
Graphic India: https://www.graphicindia.com/
POW! Entertainment: https://powentertainment.com/
Source: Graphic India