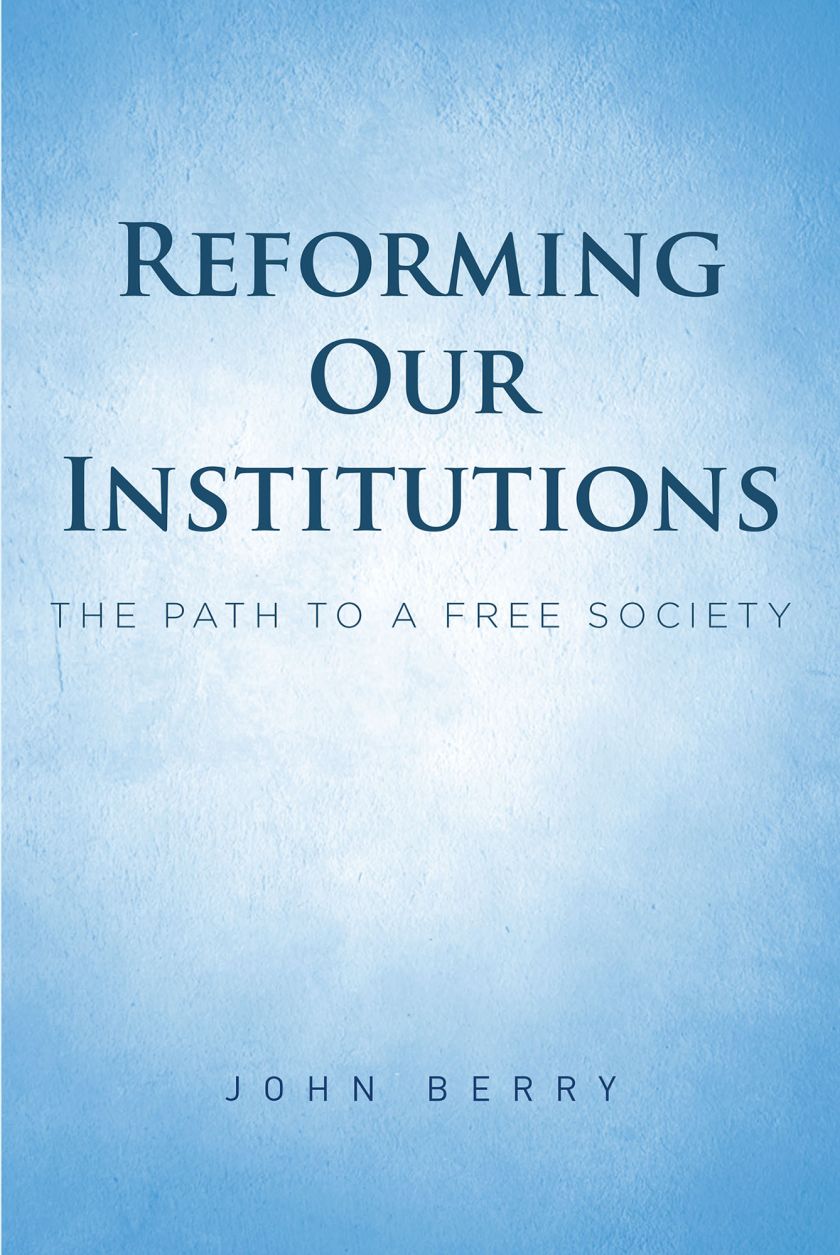 John Berry, an author who has worked as an auditor of financial statements for more than 50 years including for eight international and medium-size CPA firms in various cities across the United States, has completed his new book “Reforming Our Institutions: The Path to a Free Society”: an eye-gaping volume that exposes to readers how the government and its system works.
John writes, “Imagine a world without war. A world where political parties with their endless partisan bickering are no longer necessary because members of society get to choose individually the type of government they will live under. They do so by joining the particular Societal Organization that provides them with the type of government that best suits their needs. Some of the governments available provide a vast array of services while others limit their activity to keeping crime under control. Governmental interference into economic affairs is no longer necessary because consumers are bargaining on a level playing field with producers. They are doing so through powerful Consumer Organizations that research businesses continuously and advise their members as to which ones to patronize and which ones to ignore. Acting directly on their own behalf in this way, consumers serve their interests far more effectively than any government program could possibly do. Imagine too a world where workers are not just another business expense but partners who participate directly in the operation of the business. Imagine further a world where religious organizations are restored to a significant role in the culture because governments no longer have a monopoly over the use of force and violence that permits them to deprive religious organizations of the right to educate their youth according to their religious beliefs and perform other activities their faith demands.
“In these early years of the twenty-first century, a world of Societal Organizations and Consumer Organizations may seem impossible. But members of society are rational and resourceful. They created the industrial revolution because it was rational to do so and served their interests. Once they come to the realization that their fundamental interests as consumers and citizens can best be served by reforming their institutions in an appropriate fashion, they will respond accordingly and create such a world.”
Published by Covenant Books of Murrells Inlet, South Carolina, Berry’s new book discusses and describes different types of conflicts and suggest ways they might be corrected through an overall tide of rational reform.
This book proposes and examines several reforms that are useful to view in the context of institutions in general to get a broader perspective on the operation of conflicts of interest from an overall standpoint.
Readers can purchase “Reforming Our Institutions: The Path to a Free Society” at bookstores everywhere, or online at the Apple iTunes store, Amazon, or Barnes & Noble.
Covenant Books is an international Christian owned and operated publishing house based in Murrells Inlet, South Carolina. Covenant Books specializes in all genres of work which appeal to the Christian market. For additional information or media inquiries, contact Covenant Books at 843-507-8373.
Source: Covenant Books