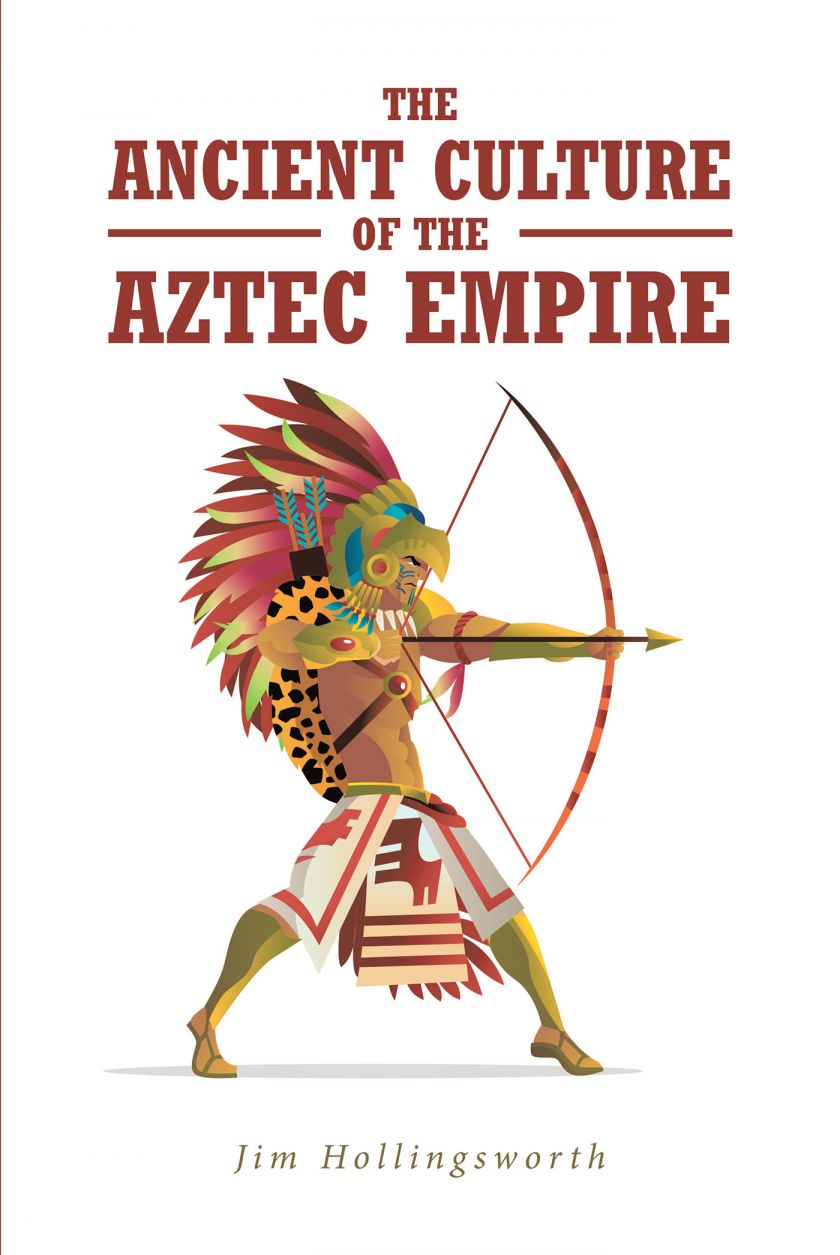 Jim Hollingsworth, a pastor, a husband, and a father, has completed his new book, “The Ancient Culture of the Aztec Empire”:  a brilliant read about the history of culture, science, religion and practices that influence and affect many nations during the Aztec Empire.
Jim writes, “It was a culture like no other in North America. Where other tribes were nomadic the Aztec built cities of thousands and suburbs with a large agriculture. They had beautiful gardens with plants from all over their world.
“Mexico was a city like no other: paved streets, stone buildings, and large pyramids with temples on top. It had a zoo and an aviary with many birds. It had tanks with both fresh and saltwater for fish. But it had no wagons and no beasts of burden.
“Montezuma had subjected most all of the towns around, many with several thousand Indians. In the end, this proved to be his undoing as these tribes, after losing in battle, quickly made league with the Spanish conquerors.
“Yet for all their science their religion was totally barbaric. They believed their god, a white man, would one day return, which left them open to the Spanish conqueror. Then, they offered human sacrifices and even cannibalism, a horrible practice.
“They were a proud people, in the end refusing to give up until many were dead from starvation. The most advanced civilization in North America ultimately fell to the sword of the Spanish and the Conquest.”
Published by Covenant Books of Murrells Inlet, South Carolina, Jim Hollingsworth’s new book is a thorough study that explains how the different cultures affect the ways and mindset of the people living in the society and occurrence of war and chaos between countries due to differences and disagreement.
Readers can purchase “The Ancient Culture of the Aztec Empire” at bookstores everywhere, or online at the Apple iTunes Store, Amazon, or Barnes & Noble.
Covenant books is an international Christian owned and operated publishing house based in Murrells Inlet, South Carolina. Covenant Books specializes in all genres of work which appeal to the Christian market. For additional information or media inquiries, contact Covenant Books at 843-507-8373.
Source: Covenant Books