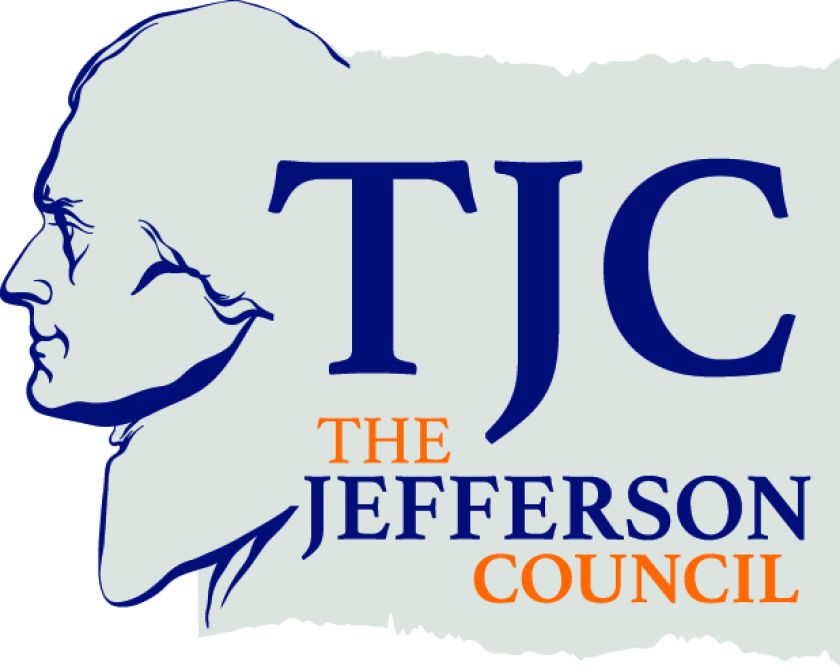 The Jefferson Council, an alumni association devoted to upholding the Jeffersonian legacy at the University of Virginia, has appointed James A. Bacon Jr. as executive director.
“The hiring of a full-time director manager is a milestone in the evolution of the Jefferson Council from an all-volunteer group to a professionally staffed organization,” said President Bert Ellis. “The appointment will position the Council to ramp up its activities in support of the longstanding Jeffersonian traditions of civility, honor, free speech and the open exchange of ideas.”
Bacon is the perfect individual to manage the day-to-day operations of the Council, Ellis said. “As a university alumnus, a life-long Virginia journalist, including 16 years as editor and publisher of Virginia Business magazine and then founder of the Bacon’s Rebellion public policy blog, Bacon has a depth of knowledge of UVa’s challenges that few can match.”
Founded two years ago, the Jefferson Council is one of the first alumni associations in the United States to organize in response to the rise of ideological intolerance and suppression of free speech on college campuses. It is one of five founding members of the Alumni Free Speech Alliance, and a leader in the alumni rebellion sweeping the United States.
“We want UVa to be open and welcoming to everyone, but we believe that demographic diversity should be accompanied by free speech, free expression and intellectual diversity,” Bacon said. “We share Thomas Jefferson’s vision of UVa as an institution based upon ‘the illimitable freedom of the human mind’ where ‘we are not afraid to follow truth wherever it may lead, nor to tolerate any error so long as reason is left free to combat it.'”
“We envision UVa as a place where ideas collide and diverse viewpoints contend,” Bacon said. “Building upon our rich history, our Honor Code, and world-heritage architecture, we aspire to make UVa the most intellectually vibrant university in the United States, if not the world.”
Bacon’s priorities as executive director will be (1) to locate a Charlottesville office and flesh out the Council organization, (2) build a coalition of groups that share the desire for political and ideological pluralism on the grounds, and (3) create an alternative source of news and commentary about governance and culture at the university.
Source: The Jefferson Council