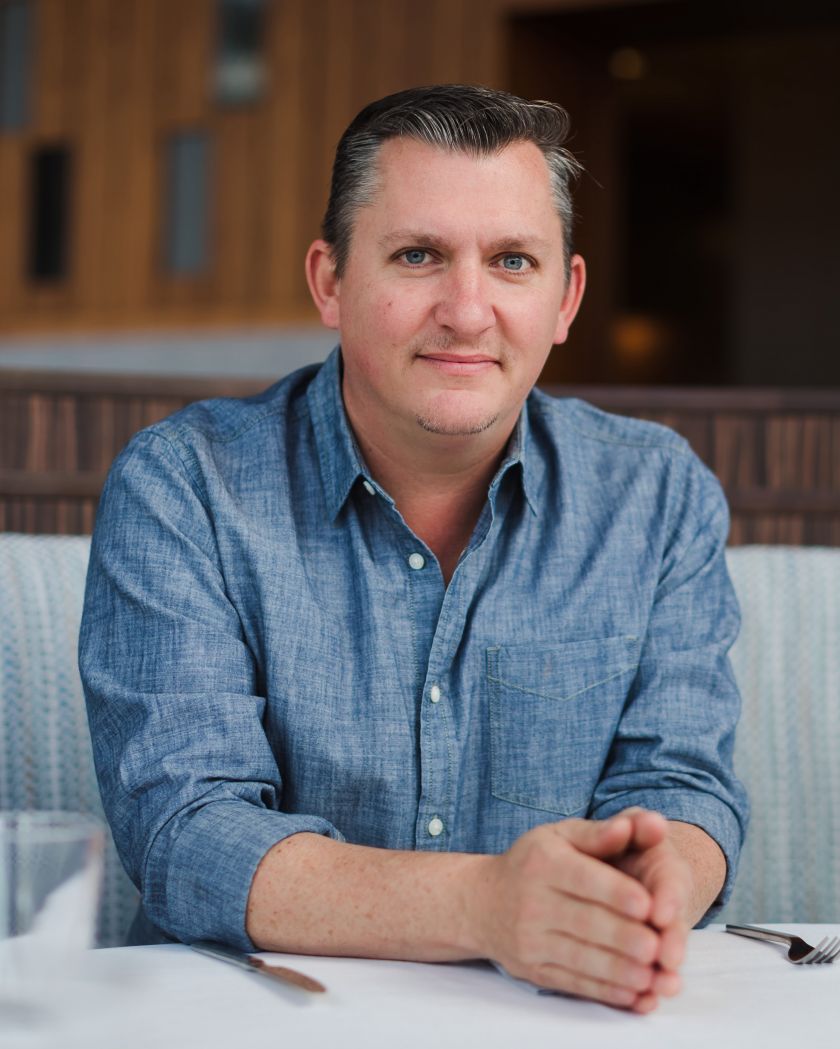 Mac’s Hospitality Group (MHG) has announced that Jay Spungin has joined its team as Director of Operations, overseeing operations and beverage for the eight Carolinas locations of the Group’s flagship brand, Mac’s Speed Shop. Spungin is also responsible for operations at the four other brands under the MHG umbrella – SouthBound, The Music Yard, BackStage Lounge and The Studio, all in the South48 Complex on South Blvd. in Charlotte.
“I am thrilled to be joining this team of leading hospitality professionals,” Spungin said. “Together, we’ll be making high-impact decisions that shape everything from service standards to company culture.”
When he was growing up, Spungin’s family ran three restaurants in Downtown Durham, long before it became one of the culinary epicenters of North Carolina. His roots in the Triangle restaurant community gave him opportunities to work with chefs such as Scott Howell and Ashley Christensen. Before joining MHG, Spungin had moved to Charlotte to take a job as General Manager for Jon Dressler, owner of Rare Roots Hospitality.
“It’s been a real coup for us to bring Jay onto our team,” said Shang Skipper, President of MHG. “No one knows more about what it takes to lead a growing hospitality group through all kinds of operational environments. His ideas and expertise will serve us well as we innovate and move forward into the future.”
About Mac’s Speed Shop
Mac’s Speed Shop has blended BBQ, beer and bikes to create a truly unique experience. Mac’s takes BBQ very seriously, as demonstrated when they took first place for their house-made barbecue sauce and second place in the Whole Hog competition at the Memphis in May World Championship Barbecue Cooking Contest. In addition to first place regional awards across the Southeast, they hold the Reserve Champion Whole Hog award for the Beer, Bourbon & BBQ Festival. Everything is made from scratch daily in Mac’s kitchen, including their BBQ sauces and dressings. Known for its live music and events, Mac’s welcomes dogs to its patios so you can bring the whole family. Mac’s also has daily drink specials including local craft beer, wine and an extensive liquor menu specializing in bourbon and scotch whisky. They have used their culinary talents to elevate comfort-food favorites, like mac ‘n’ cheese and brisket chili. With a selection of more than 300 different beers, everyone (white collar, blue collar or no collar) is welcome at Mac’s.
About Mac’s Hospitality Group
Mac’s Hospitality Group, a locally owned and operated restaurant group, began in 2005 with the flagship brand, Mac’s Speed Shop. Five Charlotte guys, who loved beer, bikes and barbeque, but knew nothing about restaurants, decided to begin a business plan. Fifteen years and soon-to-be nine locations later, Mac’s Speed Shop is arguably still serving up the best barbecue this side of the Mississippi. Mac’s Hospitality Group purchased a property directly next to the original Mac’s Speed Shop in South End, Charlotte that now hosts four separate brands, SouthBound (SoCal street Mexican and tequilaria), BackStage Lounge (modern take on the traditional speakeasy), The Music Yard (outdoor music venue) and The Studio (self-pour tap room).
Contact: David Jewell
The Jewell Agency
704.996.0165
dj@thejewellagency.com
Source: Mac's Hospitality Group