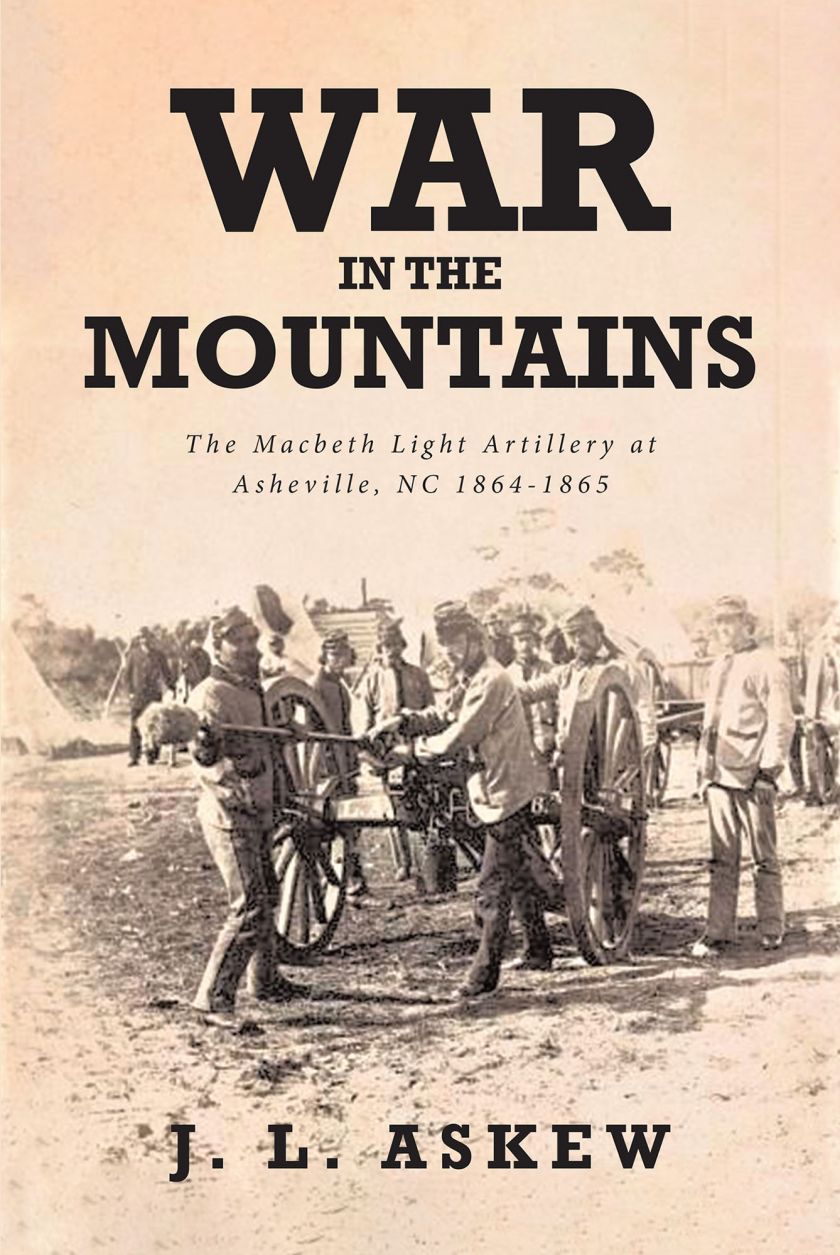 J. L. Askew, a teacher at a technical center for the last twelve years and a thirty-four-year field engineer, has completed his new book, “War in the Mountains”: a closer look into the ventures of rebel commander John B. Palmer as he stood against the raiders of the Western District.

Askew writes, “During the War Between the States, the mountains of North Carolina were a hotbed of internecine strife where the phrase ‘brother against brother’ truly applied. By late 1863, the Confederate government took measures to tighten control of the region, establishing the Western District of North Carolina under command of General Robert Vance, covering the area from the Blue Ridge Mountains westward to the borders of adjacent states.
In less than four months, in the largest military operation conducted by the fledging department, General Vance was defeated and captured during an incursion into East Tennessee. Colonel John B. Palmer, Vance’s replacement, had barely taken command at Asheville before Confederate General James Longstreet pulled his army from East Tennessee, leaving the Western District exposed and threatened by the growing Union presence at Knoxville.
Palmer travelled to Richmond to plead for more troops, especially an artillery battery, to counter recent Federal raids where he was outgunned by Yankees armed with cannons. The Confederate high command found the Macbeth Light Artillery at Charleston, ordering the unit to Asheville where they arrived late May 1864. Hardened veterans of Second Manassas and Antietam, the Macbeth would see a different face of war in the mountains, fighting a different kind of enemy, often not in any uniform, native Southerners disloyal to the Confederate cause, conscript evaders, deserters, disparagingly called ‘Tories’ and ‘Homegrown Yankees.’
This book is a panorama of the mountain war in Western North Carolina and Upper East Tennessee, of raids, skirmishes, and battles where rebel commander John B. Palmer defended the Western District against the likes of the notorious Yankee Colonel, George W. Kirk, and his raiders. The Macbeth Light Artillery is covered in a first book length account within the context of a comprehensive study of military operations during 1864 and 1865 in Western North Carolina and East Tennessee.”
Published by Covenant Books of Murrells Inlet, South Carolina, J. L. Askew’s new book is a brilliant documentation of the war that transpired during the 1860s in the mountains of Carolina and Tennessee. This historical account is the beginning of the many ventures of the author’s great-grandfather.
Readers can purchase “War in the Mountains” at bookstores everywhere, or online at the Apple iTunes store, Amazon, or Barnes and Noble.
Covenant Books is an international Christian owned and operated publishing house based in Murrells Inlet, South Carolina. Covenant Books specializes in all genres of work which appeal to the Christian market. For additional information or media inquiries, contact Covenant Books at 843-507-8373.
Source: Covenant Books