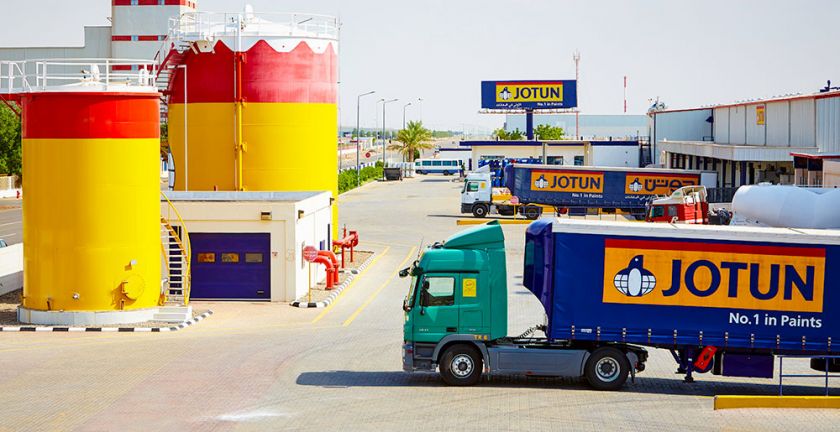 Cooperation of Jotun international group of companies and ITGLOBAL.COM counts already 5 years. Jotun placed its infrastructure in ITGLOBAL.COM private cloud and backed it up, using VMware vCloud Availability solution. Let us share why we consider this an exemplary project.
Jotun is an international company, a manufacturer of decorative paints, and industrial, powder and protective coatings. Jotun branches and plants are in 45 countries around the world, from the USA to South Korea; the head office is in Sandefjord, Norway. The company employs more than 10.000 staff.

Jotun protective coatings are used on popular sites: Eiffel Tower, Marina Bay Sands hotel in Singapore, TV tower in Guangzhou, China.
The tasks
Jotun adheres to the highest quality standards. It’s applicable to all business aspects, from eco-friendly production to IT infrastructure. The latter is defined by strict requirements on equipment in use, availability (SLA), IT provider level of service.
The previous partner ceased to meet Jotun requirements. The company addressed one of our partners for the new partnership; that partner, in turn, recommended us – as one of the best IaaS providers of Russia. Thus in 2016 cooperation between Jotun and ITGLOBAL.COM started.
The main tasks for ITGLOBAL.COM were: construction of VMware cloud, based on Enterprise-level equipment; and help in creation of a back-up facility for disaster recovery.
The solution
Jotun cloud was compiled on ITGLOBAL.COM servers in DataSpace Tier III Data Center (Moscow, Russia). Total volume of VM resources is: hundreds of CPUs and hundreds of GB RAM.
The client placed several servers – file server, database, IBM Domino Server – in cloud infrastructure. Servers are used for operating business-critical applications (ERP, CRM), customer data storage and processing.
The next step was creation of a back-up facility: Jotun’s own Data Center is located on-premise, in the company’s office. VMware vCloud Availability software was used in the process. The partner’s specialists performed the majority of works independently; ITGLOBAL.COM engineers acted as consultants when needed. In the outcome full-fledged “hot” back-up was built for Jotun’s main infrastructure, which is placed in ITGLOBAL.COM cloud.
Why we consider this an exemplary project
Creation of full-fledged back-up facility is the paradoxical trend: many talk about it, a few put it to practice. Yet this is but the best way to provide IT infrastructure fault-proof, and so to lower the chances for business being idle.
For companies like Jotun even the minimal idle time is critical: from there come requirements for super-reliable infrastructure and services availability. (Please note that ITGLOBAL.COM already provides the high availability level: SLA = 99,9 %.) With VMware vCloud Availability help and ITGLOBAL.COM support a client is capable of creating an infrastructure compatible with the corporate standards.
In 5 years the solution implemented in the Jotun project has proven its reliability and efficiency. We use the Jotun case as the example for companies who target fault-proof close to 100 %.
Source: ITGLOBAL.COM