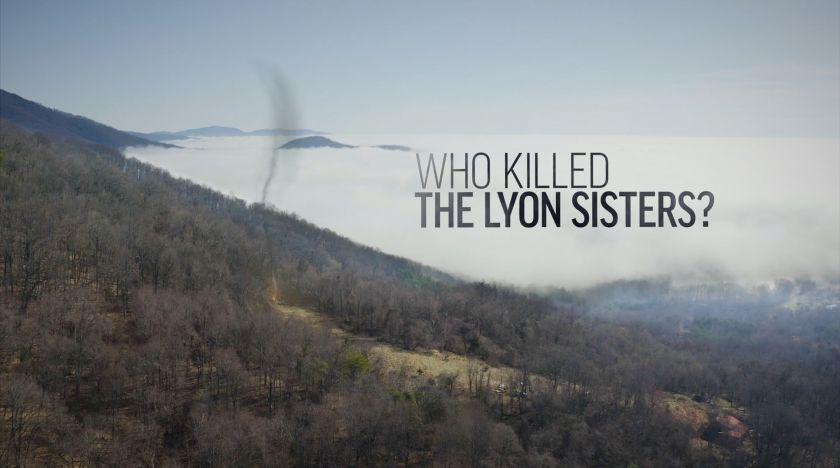 Featuring bestselling author Mark Bowden, secret police recordings and first-person accounts, WHO KILLED THE LYON SISTERS? explores the haunting 1975 disappearance of 2 sisters from a Maryland mall and the predatory backwoods clan that may have hidden the crime for 40 years.
Part twisty whodunnit and part psychological thriller, Who Killed the Lyon Sisters? is crafted from hundreds of hours of never-before-seen police interrogation video, explosive wiretap recordings and evidence spanning 40 years of investigation. The story is told entirely through first-person accounts: exclusive interviews with Bowden, the team of Maryland detectives who sparred with Welch, a witness present at the mall in 1975 on the day of the abduction and Welch family members who became subjects of the investigation.
Who abducted and killed the Lyon sisters? Was it the suspect identified by eyewitnesses as Tape Recorder Man? A serial child predator named Ray Mileski? Lloyd Welch acting either alone or with his family? What happened to the girls after their abduction? And where lies their remains? Who Killed the Lyon Sisters? presents a tangled web of narratives that puts viewers in the detective seat, trying to puzzle out tiny bits of truth from a forest of deception.
“We at Inkblot Narratives are incredibly proud of this documentary and wish to thank our partners at Wild Eyes Productions and Investigation Discovery, our talented and passionate crew, and the dedicated detectives who never gave up the 30 year fight to solve this haunting mystery.” – Erik Becker
The Telly Awards honors excellence in video and television across all screens and is judged by leaders from video platforms, television, streaming networks, production companies and including Netflix, Dow Jones, Duplass Brothers Productions, Complex Networks, A&E Networks, Hearst Media, Nickelodeon, ESPN Films, RYOT, Partizan and Vimeo.
The full list of the 42nd Annual Telly Awards winners can be found at www.tellyawards.com/winners.
About Inkblot Narratives
Inkblot Narratives was established in 2017 by Aaron Bowden and Erik Becker in St. Louis, MO and develops and produces documentary films, unscripted series and true stories nationally for every screen.
About Wild Eyes Productions
For nearly two decades, Wild Eyes has been producing award-winning film and television projects in over 90 countries across the World, specializing in hard action and working in conflict and war zones.
Please contact Erik Becker, Inkblot Narratives for inquiries: erik@inkblottv.com or call 314-239-1606
Website: www.Inkblottv.com
Instagram: https://www.instagram.com/inkblotnarratives
Facebook: https://www.facebook.com/InkBlotNarratives
Source: Inkblot Narratives