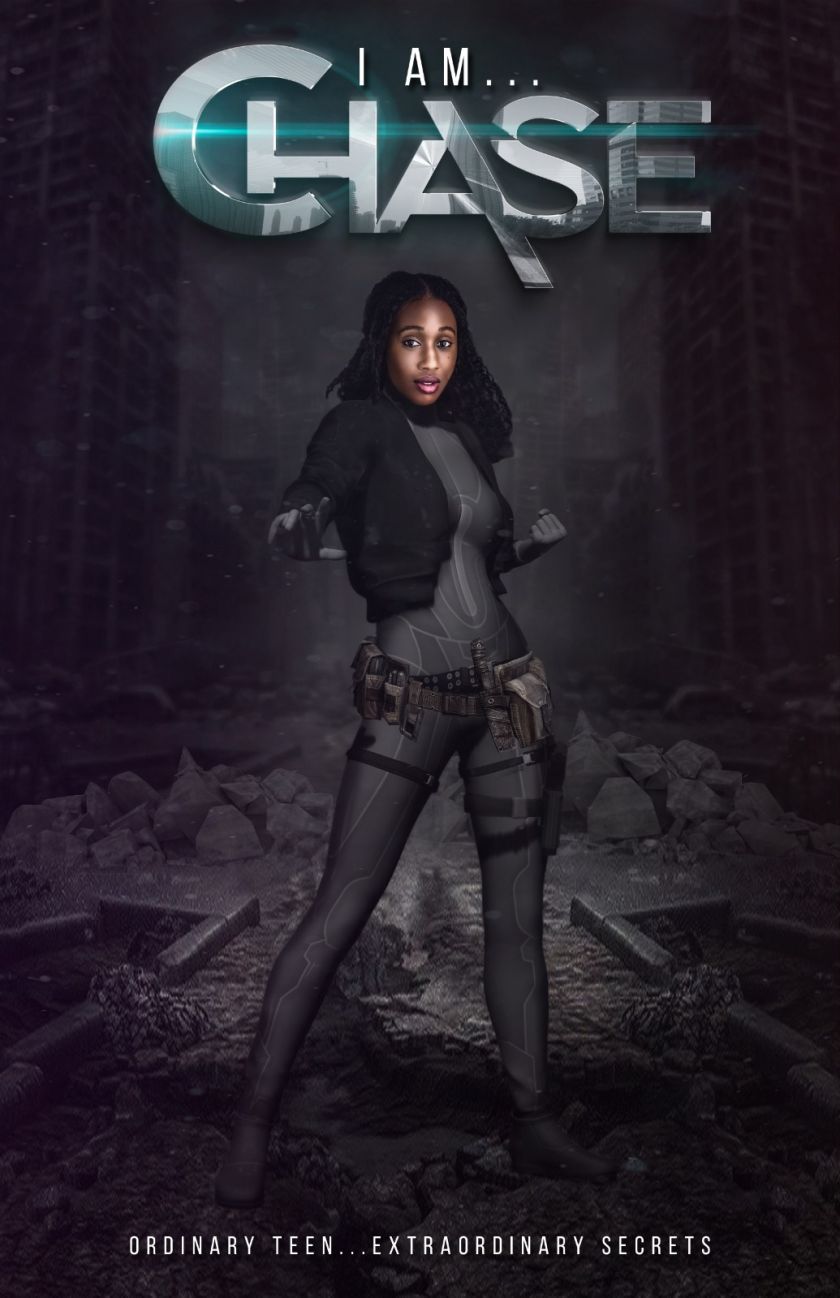 Get ready for a new Black Sci-Fi coming-of-age series currently in production and set for a 2022 release. The new series features Prentiss Marquis as CHASE PRICE, an ordinary teen with extraordinary secrets and talents who stands up for the underdog and unwittingly activates unrealized superpowers. Under the ever-present eye of her close-knit family portrayed by: Ivan Moore, American Rust, Luke Cage, Bull, plays Chase’s overprotective father Col. Price. Rosalind Brown, When They See Us, The Unbreakable Kimmy Schmidt, Orange Is the New Black, portrays Chase’s mother Alyson Price. Chase’s three overprotective brothers are portrayed by Edmond Laryea, FBI, Pose, and Billions as Richie Price. Andre Blackwell, Grim, The Sisters Kardos, Michael Price, and Dwayne Parker, Vex, Asunder the Series as Steve Price. Each in their own way helps Chase navigate through the burgeoning obstacles and pitfalls that she encounters as a superhuman and superheroine coming into her newfound abilities and striking a balance to be a normal teenager.
Show creator Frank Blenman, Trust, 7 Days, and Dwayne “DC” Coles, Better Than My Last, Paulie & Jake, The Black Van, Secret Indictment, P.O.M.E., created a complex coming-of-age story that depicts the angst of a teen black girl under the close scrutiny of her military family. Prentiss Marquis captures the hopefulness and the frustration of Chase’s desire to be an ordinary teenager. Issues arise when the endless hours of discipline and training by her father come to head when Chase is triggered to protect the weak and innocent. The promise of a normal college life and relationships are all upended when Chase is forced to acknowledge that she is different from her peers. Her close-knit family has always been her shield from the truth of her origin and now it will take their combined courage to see her through. Blenman is an amazing director with a unique vision of the world. His skill in creating psychological intensity brings the characters to life and draws the viewer into the complex emotions of Chase Price.
Dwayne “DC” Coles, the series Lead Producer & Showrunner, is committed to employing a predominately female BIPOC crew and cast. “Timing couldn’t be more perfect for a character like Chase, who embodies strength; she is unapologetically confident and showcases strong values for teen girls to look up to and model as a teen shero. Chase is a director and producer’s dream character and Prentiss Marquis is perfect for this role,” says Coles,
Contact
Nea Simone
Media Relations
BESPOKE Media Marketing
(424) 291.2031 – Officensimone@bespoke-mm.comEND
###
Source: CHASE SPV, LLC