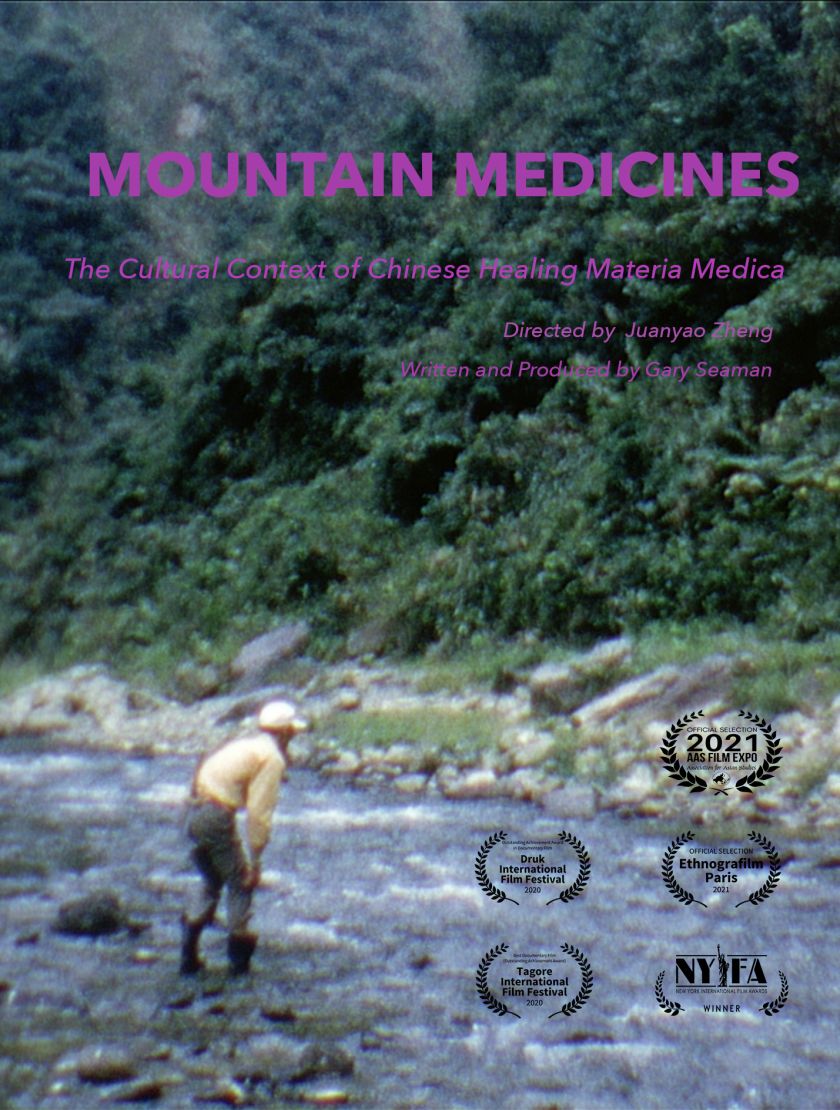 Mountain Medicines, a feature documentary on Chinese Materia Medica and its cultural context, has been officially selected by the Association for Asian Studies (AAS) 2021 Film Expo in the United States and is set to be screened at its virtual conference on March 25, 2021.
The director of this film, Juanyao Zheng, is a researcher and producer at the Center for Visual Anthropology at the University of Southern California. In the last decade, he has led the productions of six documentaries on East Asian sociology and ethnography, including two official selections, Qing Ming (2015) and The Last Opera (2017) by Royal Anthropology Institute Film Festival in 2015 and 2017.
Around 2018, his attention shifted to Taiwan. In 2019, he produced and edited a feature documentary Golden Wing on Taiwan. Mountain Medicines is another episode of this series of ethnographic films about Taiwan. Both films were made from precious film footage captured by American anthropologists with super 8mm film cameras in 1970s’ Taiwan, forming a set of rich and accurate records and reflections on the ethnic and rural customs of the Southern Min people right before the modernization wave. Juanyao’s unique work has been widely recognized and valued in the visual anthropology societies in China as well as in the United States and is regarded as important academic resources and references.
Mountain Medicines follows a young barefoot doctor, Ajiao, along his way collecting herbal medicine in the mountains. The film illustrates how Chinese medicines were gathered from nature and the practice of worshiping gods and divination to cure diseases, forming a comprehensive narrative of pre-modern Chinese people’s access to medical treatment in both the material and spiritual realm. Ancient Chinese people used to believe that human, nature, and the world are somehow intertwined: the human body is born out of nature and is influenced by nature through both material and spiritual ways. This relation not only exists in the material world but will continue afterward in the spiritual world.
Juanyao’s series provides us an opportunity to “enter” the pre-modern Chinese society through super 8mm vintage film. The excavation and preservation of these past cultures through film are deemed precious by many experts and is one of the important tasks of visual anthropologists.
In an interview with the director Juanyao Zheng, he told us that his next plan is to complete 3-4 more episodes of his Taiwan series to form a collection. From the quality of the two completed episodes, we can anticipate these valuable documentaries to inform us more about East Asian culture and tradition, and possibly facilitate mutual understanding between East Asia and the West.
Last month, Mountain Medicines had garnered the Best Ethnographic Film Award at the New York International Film Awards. It has also been selected for competition by the renowned Ethnografilm Film Festival in Paris, France in April 2021. We look forward to its wider distribution through more channels to interested audiences.
Source: The Association for Asian Studies (AAS) 2021 Film Expo