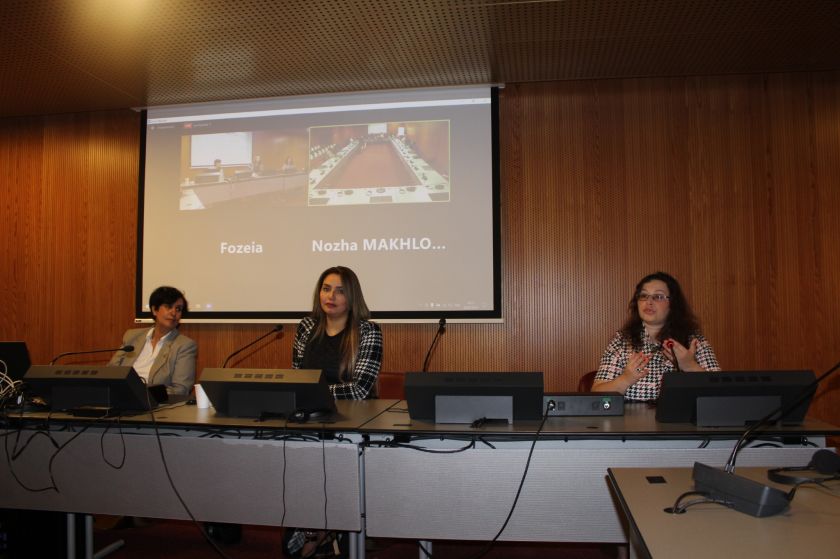 The Washington Outsider is a media source focused on covering niche foreign policy and security news from around the world. (www.theWO.us)
According to Irina Tsukerman, Human Rights Lawyer and Editor-in-Chief of The Washington Outsider who spoke in Geneva on the sidelines of the 47th UNHRC session, Wesam Basindowah, the head of March 8th Women’s Bloc, explained that women traditionally had a special exalted status in Yemen’s society, but the Iran-backed Houthi militia and its followers, embracing a radical Khomeinist view of women as second-class citizens, have violated this traditional treatment of women by harassing and imprisoning them en masse, and engaging in rapes, smear campaigns, and brutal torture. According to Tsukerman, Nora Al-Jarawi, the head of Coalition of Women for Peace in Yemen, described women’s life under Houthi control as increasingly stifled and precarious.
Highlighting a recent report presented by the Yemen Coalition of Independent Women, Al-Jarawi shared that, according to the report, the number of female detainees reached 1,181 persons, including 274 cases of forced disappearances, 292 female activists and human rights activists and activists from the education sector.
The report also documented several cases of rape and suicide. In terms of the age group of female detainees, the number of female detainees under the age of 18 reached more than 293 cases, in addition to documenting dozens of cases of male and female children who were detained with their detained mothers. One of the most memorable stories involved a Yemeni model, Entisar Al Hammadi. Al Hammadi, who was not a political activist or a human rights defender, was abducted off the street and brutally tortured. She has faced a show trial by the Houthis and reportedly attempted suicide. Women are subjected to arbitrary detentions, intrusions into the homes by specially trained female brigades, and even maiming, allegedly for violations of “modesty regulations” imposed by the Houthis, following the Iran model.
Tsukerman explained that such actions against women are meant not only to control them but to erase them from any public role whatsoever. Such mistreatment she asserted, speaking at the seminar dedicated to this issue on June 28, destroys the entire Yemeni society, given the women’s traditional role in transmitting religious and cultural values to the future generations and their centrality to community life. Erasure and denigration of women maim the psyches of their family members, who are inoculated to the horror of seeing their mothers and sisters being mistreated, and accept it as the norm. Tsukerman expressed shock at the silence of Western human rights and women’s organizations and the normalization of Houthi ideology, which rejects feminism and Western respect for human dignity, in American and European cultural and social spheres as their lobbies whitewash or silence criticism of these abuses against women.
Source: The Washington Outsider