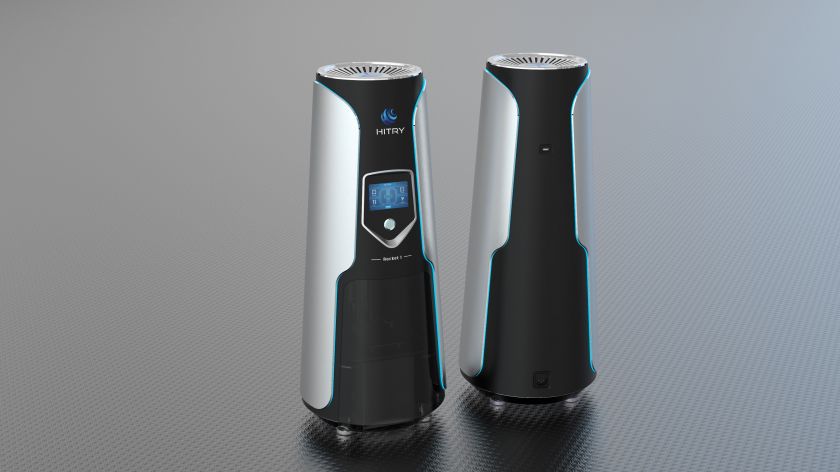 HITRY, a well-respected team of 3D printing innovators, announces the upcoming launch of Rocket 1 – World’s first DCLF (Digital Continuous Liquid Forming) Technology 3D printer. This user-friendly, low-maintenance 3D printer, has a multitude of new features including the revolutionary DCLF printing tech that has both the ultra-high resolution of LCD and the ultra-long life of DLP. This exciting new product is coming soon.
This impressive new release from HITRY sets a new standard in 3D printing with DCLF (Digital Continuous Liquid Forming) Technology. DCLF is a new generation of sinking surface-curing stereolithography technology, which combines the ultra-high resolution of LCD and the ultra-long life of DLP. This powerful new approach to 3D printing produces high transparency models with incredible detail and extremely high resolution. Rocket 1 is capable of printing complex model structures with 0.2mm holes with a smooth surface which puts it on par with injection molded parts.  Check Out the Press Kit here.
“Rocket 1 is a revolutionary 3D printer that we developed using DCLF Technology. The key to the continuous liquid forming of the DCLF tech is our self-developed photosensitive resin. In addition to the nanomaterials that promote the rapid leveling of the resin, our photosensitive resin also contains components that enhance oxygen barrier polymerization, which increases the uncured layer in contact with oxygen from zero to ten microns to dozens of microns to hundreds of microns for ultra-high resolution results. With virtually no maintenance, incredible detail and speed enabled by our proprietary DCLF printing technology and a user-friendly intuitive design, anyone can creatively print in 3D.” -HITRY CEO, Sam Chan.
Rocket 1 is lightning fast, with an ultra-high print speed of up to 190mm/h, which is 10-60 times faster than normal DLP/LCD 3D equipment, allowing users to print models in minutes instead of hours or even days of waiting. The versatile design means it can print with both solid and flexible resin and prints can be started with just 1kg of resin. The Rocket 1 design is also cost-effective. Because it doesn’t require an LCD screen or release film, there are no hidden costs and future parts replacements to perform.
With ultra-high printing resolution, quick print speeds and DCLF Technology, the HITRYRocket 1 ushers in a new era in 3D printing that gives anyone a capable and user-friendly option for premium printing. Rocket 1 from HITRY will release at the end of November on Kickstarter.
Source: HITRY