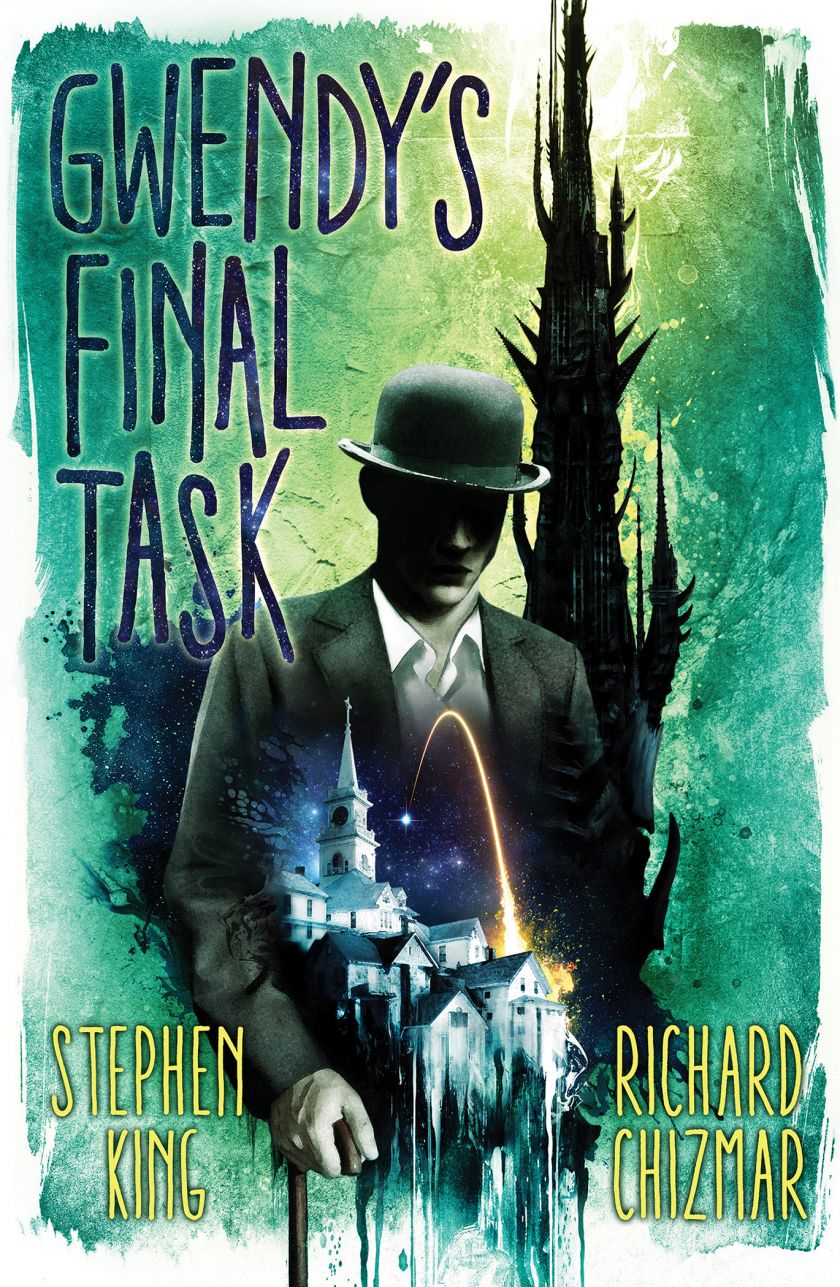 Cemetery Dance Publications is pleased to announce that Gwendy Peterson, heroine of the New York Times bestselling Gwendy’s Button Box and Gwendy’s Magic Feather, will be returning to bookstores everywhere on Feb. 15, 2022, in Gwendy’s Final Task, an original novel by “horror giants” (Publishers Weekly) Stephen King and Richard Chizmar that will take readers on a spellbinding journey from Castle Rock to another famous cursed Maine town to the MF-1 space station, where Gwendy must execute a secret mission to save the world. And, maybe, all worlds.
“Several years ago, when I was roadblocked on a story called Gwendy’s Button Box, Richard Chizmar rode to the rescue and finished it,” Stephen King said. “The little book that resulted was fun for us and fun for readers, so I was happy when Rich decided to write a sequel, called Gwendy’s Magic Feather. It was great to see Gwendy all grown up and succeeding not only in politics but as a writer. We both felt her story needed a third act — if, that was, the act was a good one. We think Gwendy’s Final Task is a great conclusion to her story, and hope readers will agree.”
Richard Chizmar said, “Spending time with Gwendy Peterson is always a joy, and the writing of Gwendy’s Final Task was a real pleasure from start to finish. Steve and I followed her to some unexpected places and had a heckuva lot of fun doing it.”
And editor Ed Schlesinger said, “Gwendy’s Final Task is an astonishing collaboration, the epic finale of an unforgettable tale that has truly taken on a life of its own — Constant Readers should expect the unexpected in every suspense-filled moment spent with Gwendy Peterson.”
Gwendy’s Final Task will be published in hardcover and eBook formats by Cemetery Dance Publications on Feb. 15, 2022. Simon & Schuster Audio will publish the audiobook on that same day, with Gallery Books, an imprint of Simon & Schuster, publishing a trade paperback and its own eBook edition later in the spring.
This is already shaping up to be a busy year for Stephen King and Richard Chizmar. In addition to completing their work on the Gwendy Peterson trilogy, Scribner will publish Billy Summers by Stephen King, a novel about a killer-for-hire, on Aug. 3, 2021, and Gallery Books will publish Chasing the Boogeyman by Richard Chizmar, a story of small-town evil that combines the storytelling power of Stephen King with the true-crime suspense of Michelle McNamara, on Aug. 17, 2021.
CONTACT:
Brian Freeman, brianfreeman@cemeterydance.com
About Cemetery Dance Publications
Cemetery Dance Publications is widely considered the world’s leading specialty press publisher of horror and dark suspense. The hardcover imprint has published more than 400 affordable and collectible Limited Edition hardcover books from the genre’s most acclaimed authors including Stephen King, Dean Koontz, Ray Bradbury, Peter Straub, William Peter Blatty, Clive Barker, Gillian Flynn, Scott Smith, Daphne du Maurier, Justin Cronin, Frank Darabont, Mick Garris, Douglas Preston, Lincoln Child, Max Brooks, Joe R. Lansdale, Norman Partridge, Richard Laymon, Michael Slade, Graham Masterton, Douglas Clegg, Jack Ketchum, William F. Nolan, Nancy A. Collins, Al Sarrantonio, John Skipp, and Michael Koryta, along with the best new writers in the genre. Learn more at: http://www.CemeteryDance.com.
Source: Cemetery Dance Publications