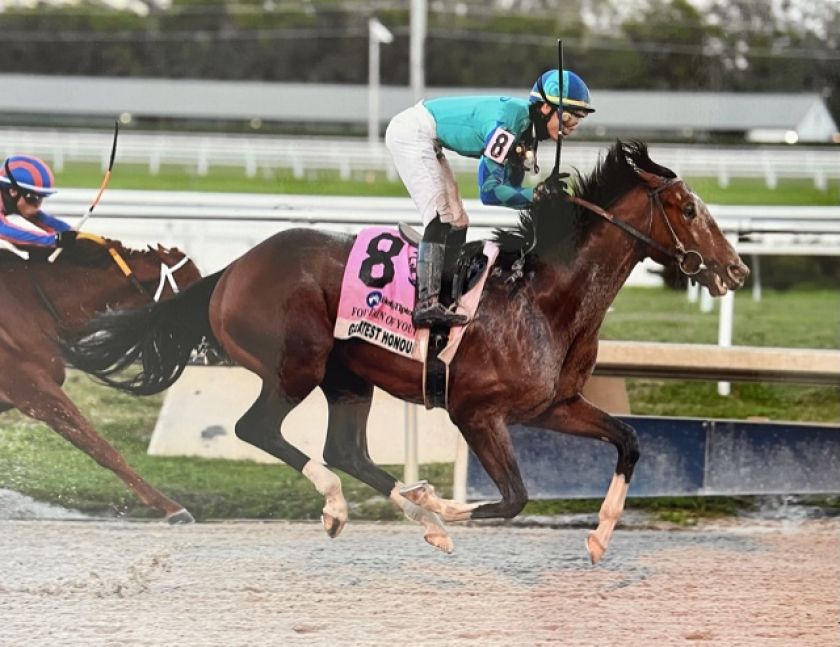 Courtlandt Farm’s homebred Greatest Honour will go on 60-day rest following diagnostic testing earlier this week. Over Easter weekend, trainer Shug McGaughey felt Greatest Honour was not moving as well as he had been going into the Florida Derby. Out of an abundance of caution, McGaughey advised that diagnostic testing be performed on the colt. Those findings were forwarded to Dr. Lawrence Bramlage, a leading equine surgeon in Lexington, Kentucky. Based on the findings, Dr. Bramlage was of the opinion that Greatest Honour would benefit significantly from a 60-day rest period. At that time, Greatest Honour should be ready to start back under tack and hopefully prepare for a fall campaign.
Greatest Honour placed third in the Curlin G1 Stakes Florida Derby on March 27, snapping his three-race winning streak. The three-year-old bay colt was set to compete in the Kentucky Derby on May 1.
About Courtlandt FarmLocated in Ocala, FL, Courtlandt Farm is a 370-acre horse racing operation owned by Don and Donna Adam of Bryan, TX.
Source: Courtlandt Farm