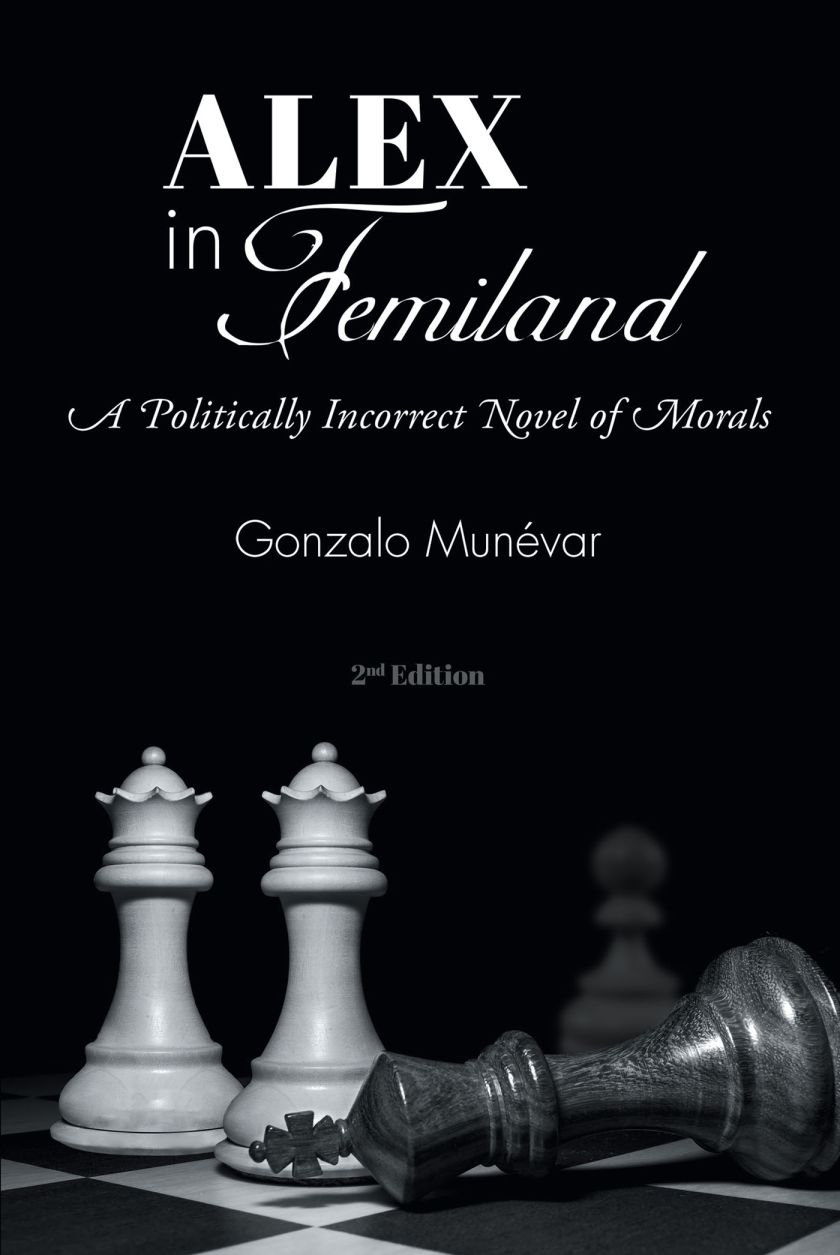 Fulton Books author Gonzalo Munévar holds a PhD in philosophy of science and is a retired university professor. He has completed his most recent book “Alex in Femiland”: a sensational story about a professor battling false allegations and injustice in a modern academy campus, revealing the sad reality and true motives of people.
Munévar writes, “Alex is a sarcastic South American research physicist who moves from Harvard to teach at The Sound College, south of Seattle, so as to be near his young son. It is 1989, Alex finds himself a target of the Sound activists, who consider him a traitor because his behavior is unbecoming of what is expected of him within mainstream academic discourse. Soon, they bring him up on false charges of sexual harassment. His students, though, stand by him; and he bests Maria, the Affirmative Action officer, who has led a ludicrous investigation. The next time around, however, he is not so fortunate. Alex has fallen in love with a former student, Linda, a glorious affair interrupted by a story that has parallels and is dominating the current headlines. Two women, motivated by spite and jealousy, bring new sexual harassment accusations against Alex. With practically the whole Sound College against him, the upcoming new farcical ‘investigation’ is certain to destroy Alex’s life.”
Prof. Lamb from the University of Manchester shares, “Few writers today are prepared to confront political correctness and what passes for progressive ideals. Here is a bold exception that focuses on life and morality in a modern university campus, culminating in a modern tragedy about the perversion of education and human relations. This is a story of our time, with a warning for the future.”
Prof. Huemer from the University of Colorado also shares, “A gripping page-turner that offers a troubling window into the crazy, ideological culture of the modern American academic world.”
Published by Fulton Books, Gonzalo Munévar’s book is a dramatic read that features the downsides of a modern educational and political system where the majority of the masses unite for the wrong reasons.
Readers who wish to experience this gripping work can purchase “Alex in Femiland” at bookstores everywhere, or online at the Apple iTunes store, Amazon, Google Play or Barnes and Noble.
Please direct all media inquiries to Author Support via email at support@fultonbooks.com or via telephone at 877-210-0816.
Source: Fulton Books