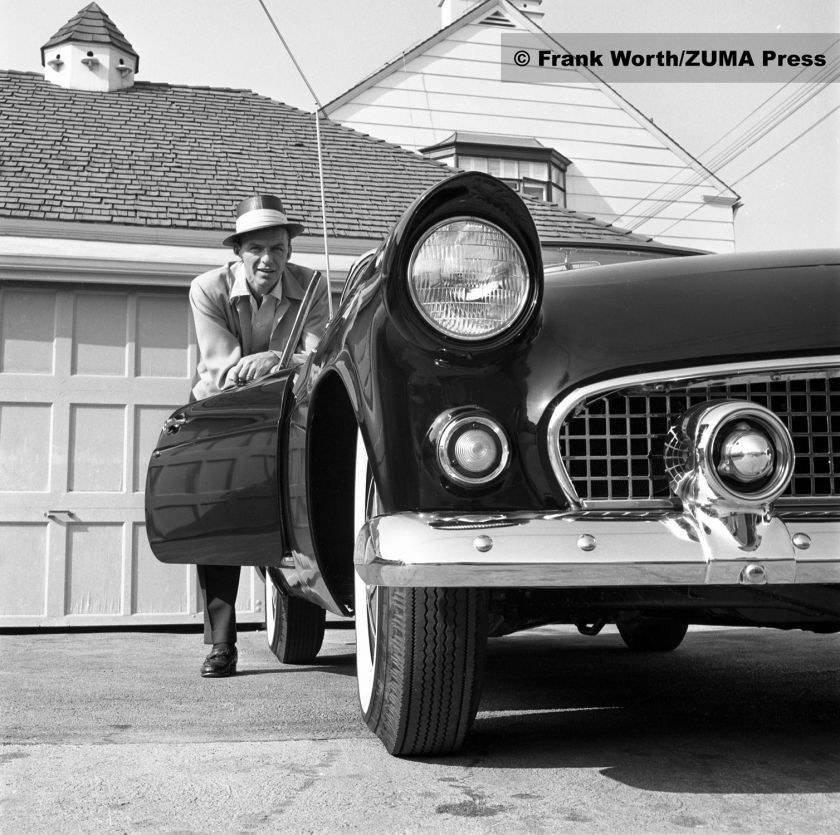 Bondly Art, a new vertical of Bondly, announces an exciting Non-Fungible Token (NFT) partnership with Globe Photos for an epic NFT sale on April 1.
NFT is the buzzword of the digital world. What is it? Basically a unit of data on a digital ledger called a blockchain, representing a unique art or photographic digital file. Bondly, an NFT platform leader, has partnered with Globe Entertainment & Media, Corp., a major historic content archive owner, to bring the Golden Age of Hollywood to NFTs.
Scores of the photos owned exclusively by Globe have never been seen or released to the public. Bondly’s minting the rarest ones into NFTs. Marilyn Monroe, James Dean, Frank Sinatra and Elizabeth Taylor, taken by master photographer of the stars, Frank Worth. The archive is known as “The most significant find of its kind in the past 50 years” by legendary London auction house Christie’s. Worth’s remarkable, rare and valuable collection of negatives were only found in Worth’s home after his passing in 1999. Previously unseen, representing the most famous Golden Age of Hollywood stars candidly. Represented exclusively editorially by ZUMA Press globally.
On Thursday, April 1, 2021, Bondly-Globe’s first tier NFTs will have a back story attached to each, describing the moment in time that led up to the iconic photograph. It captures the essence of the era and celebrity storyline, along with the photographer’s relationship, vision and life journey that made the moment into memorable art.
Worth born 1923, in New York City, charming, witty. Immediately struck up a rapport with his famous subjects, so after becoming a High School graduate, International News Service, relocated him to Hollywood. Quickly became top stars best friends, including fellow sports car fanatic James Dean, who then introduced him to Frank Sinatra. Through Sinatra, became the ‘Rat Pack’ Sammy Davis, Jr., Dean Martin and Jerry Lewis’s photographer of choice.
The first NFT from the Bondly-Globe partnership is an iconic Frank Sinatra photo, shot at Vegas Sands Casino. The second NFT is from Worth’s long personal relationship with Marilyn Monroe, and represents a deep friendship starting before her first film. Worth kept his affair with Monroe a secret until his 1999 death bed. The third rare NFT for sale is a legendary photograph of movie star Elizabeth Taylor from the set of ‘Giant’, an image that went on to grace the front covers of many publications, from Hollywood Reporter to the London Sunday Times Magazine.
All have been minted three times and will be auctioned to the highest bidder. There are 3 NFTs total, 1 pieces x 1 NFTs per piece. Physical print will be sent to the top bidder.
Bondly-Globe partnership will define and etch out Bondly’s future in the NFT Art space. Creating a bridge between the physical and digital realms of art, Bondly community members will be able to own digital assets of real physical art!
About Globe Photos
Globe Photos, Inc. is the owner of one of the world’s largest collections of iconic photography and pop culture imagery, which includes more than 15 million images taken by more than 3,500 photographers from around the world over the last century.
www.GlobeCorp.co
About Bondly
Bondly is an interoperable, transparent and portable swap protocol designed to revolutionize traditional escrow methods and make everyone into their own digital marketplace. Bondy’s family of trust-enabling products is designed to be a part of everyday buying and selling giving peace of mind for swap or online purchases. Our product BondProtect is a Defi enabled eCommerce gateway specializing in integrating into your favorite online marketplaces very simply and easily with no integration fees, just staking tokens.
About ZUMA Press
Exclusive editorial representative of Globe Photos, Inc. globally.
ZUMA ‘zü-mä n 1 : a really amazing picture agency 2 : Mayan for new day, solution, new vision 3 : Scott Mc Kiernan’s loveable black lab.
Started in the early 1990s by photojournalists for photojournalists – not shareholders or billionaires – ZUMA Press is now the world’s largest independent press agency and wire service.
http://www.ZUMAPRESS.com
Licensing@ZUMAPRESS.com
Source: Boldly-Globe Photos via ZUMA PRESS Inc.