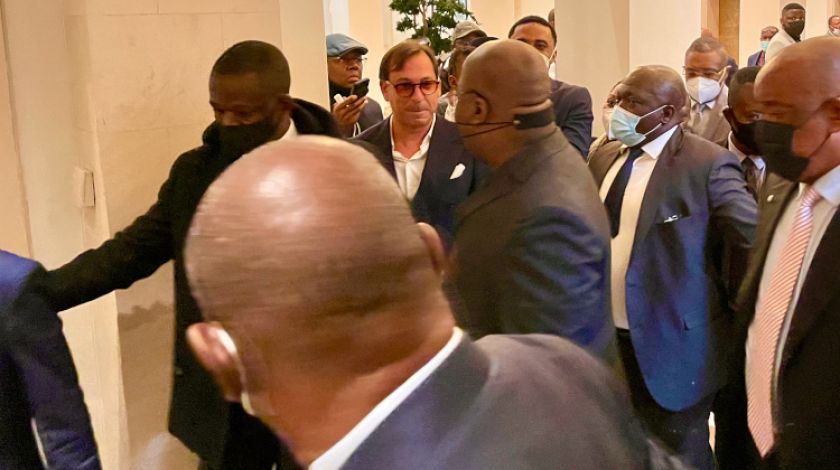 GSB Group: The “G20 Compact with Africa” (CwA) was initiated under the German G20 Presidency to promote private investment in Africa the main objective is to increase the attractiveness of private investment through substantial improvements in the macroeconomic, economic and financial environment.

With an area equivalent to Western Europe, the Democratic Republic of Congo (DRC) is the largest country in Sub-Saharan Africa (SSA). Félix Tshisekedi has been president of the DRC since 2019. President Tshisekedi is actively promoting the digitalisation of the country’s administration in order to reduce fraud and waste; here the blockchain technology of the GSB Gold Standard Group of Companies is a possible approach for use in administration.
GSB Gold Standard Corporate AG is a well-known blockchain powerhouse developer that focuses on customised developments for the administration sector. Against this background, the CEO of GSB Group, Josip Heit, together with the Head of the Group Legal Department, Dr Thomas Nitsche, travelled to the “G20 Compact with Africa” summit in Berlin to the Hotel Adlon. The summit in Berlin was held on 27 August 2021 under the patronage of German Chancellor Dr Angela Merkel.

GSB Group Attorney Dr Nitsche stated in this context to journalists from DEUTSCHE TAGESZEITUNG in Berlin:”The Democratic Republic of Congo is ranked 183rd out of 190 countries in the Doing Business Report 2020, against this background, the digitalisation of the country in particular is of high importance.”

To this end, the GSB Group can make a significant contribution in the field of blockchain technology, said GSB Group CEO Josip Heit in Berlin’s Hotel Adlon, which is why journalists from DEUTSCHE TAGESZEITUNG asked the CEO of GSB Gold Standard Corporate AG, Josip Heit, after the meeting with summit participants: “Mr Heit, how do you see the future of the digital world?”
Josip Heit: “Blockchain technology and digitalisation in general are the linchpins of almost all economic sectors. The technological achievements and innovations help us in our daily lives, just the current way of dealing with the internet was unthinkable 20 years ago and as you will know yourself, today’s everyday life is again hardly imaginable without the internet, this is exactly where blockchain technology does an excellent job and not only makes the internet more secure.”
At the “G20 Compact with Africa” summit, summit participants were particularly interested in GSB’s GS Telecom division, which has one of the most important services in the G999 Blockchain ecosystem – the non-hackable chat, which works by means of “peer-to-peer” (encrypted computer-to-computer connection) and “wallet-to-wallet” (wallet-to-wallet transaction), because privacy cannot be valued highly enough, especially nowadays.
PRESS CONTACT:
DEUTSCHE TAGESZEITUNG
Grosse Bleichen 35
20354 Hamburg
Phone: 0049 40 37669190
Telefax: 0049 40 37669893
E-Mail: Info@DeutscheTageszeitung.de
Web: http://www.DeutscheTageszeitung.de
Source: GSB Gold Standard