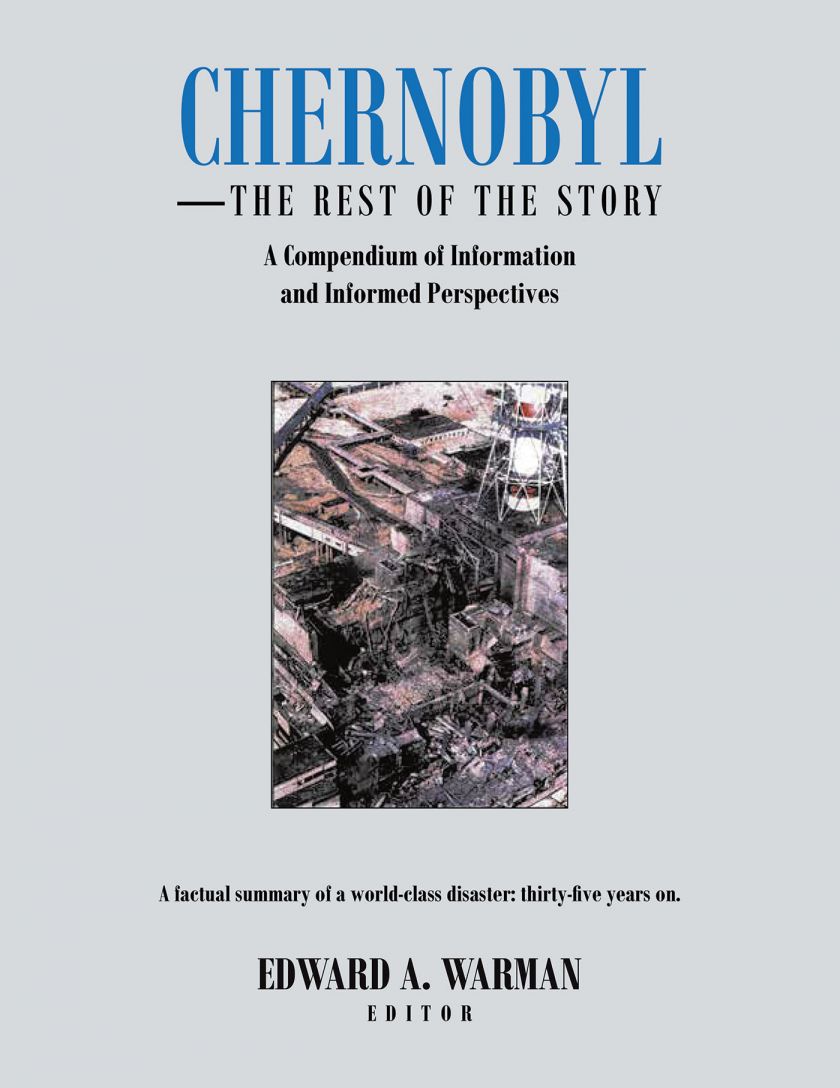 Edward A. Warman is a retired nuclear engineer with more than twenty-five years of association with Chernobyl, a Fellow of the American Nuclear Society (ANS) and former chair of the ANS Nuclear Installations Safety Division, he served as a guest lecturer in courses at the MIT Nuclear Engineering Dept. and the Harvard University School of Public Health. His new book “Chernobyl: The Rest Of The Story”: is an informative read that provides a collection of reliable information, data, and views about the 1986 disaster from a uniquely informed perspective.

Warman shares, “This book is intended to serve as a fact-based sourcebook on the Chernobyl disaster. It covers the accident, its causes and effects – especially the radiological consequences, including the health effects, and the international assistance to enclose the radioactive remains in a New Safe Confinement. Above all else, it provides reliable information and data for both the specialist and layperson alike. In a sense, it picks up where the TV miniseries ‘Chernobyl’ left off. The TV documentary Azure Dust, which aired on the thirty-fifth anniversary, April 26, 2021, is recommended viewing.”
Warman notes:
“Health effects from the accident are summarized with references to international reports:
The Chernobyl Forum noted in 2006 ‘Claims have been made that tens or even hundreds of thousands of persons have died as a result of the accident. Those claims are highly exaggerated.’ It went on to conclude ‘The mental health impact of Chernobyl is the largest public health problem unleashed to date.’
Twenty- five years after the accident, the 2011 report by the UN Scientific Committee on the Effects of Atomic Radiation (UNSCEAR) reported fewer than one hundred confirmed deaths, including fifteen children who died of thyroid exposure as of 2006. The other fatalities were individuals who received lethal radiation exposures on site – not in the general population.
UNSCEAR concluded: ‘Apart from the dramatic increase in thyroid cancer incidence among those exposed at a young age, and some indication of an increased leukemia and cataract incidence among the workers, there is no clearly demonstrated increase in the incidence of solid cancers or leukemia due to radiation in the exposed populations. Neither is there any proof of other non-malignant disorders that are related to ionizing radiation. However, there were widespread psychological reactions to the accident, which were due to fear of the radiation, not the actual radiation doses.'”
Published by Fulton Books, Edward A. Warman’s book is a thorough detailing of much of the rest of the story concerning this important historical event.
Readers who wish to experience this revealing work can purchase “Chernobyl: The Rest Of The Story” at bookstores everywhere, or online at the Apple iTunes Store, Amazon, Google Play or Barnes & Noble.
Please direct all media inquiries to Author Support via email at support@fultonbooks.com or via telephone at 877-210-0816.
Source: Fulton Books