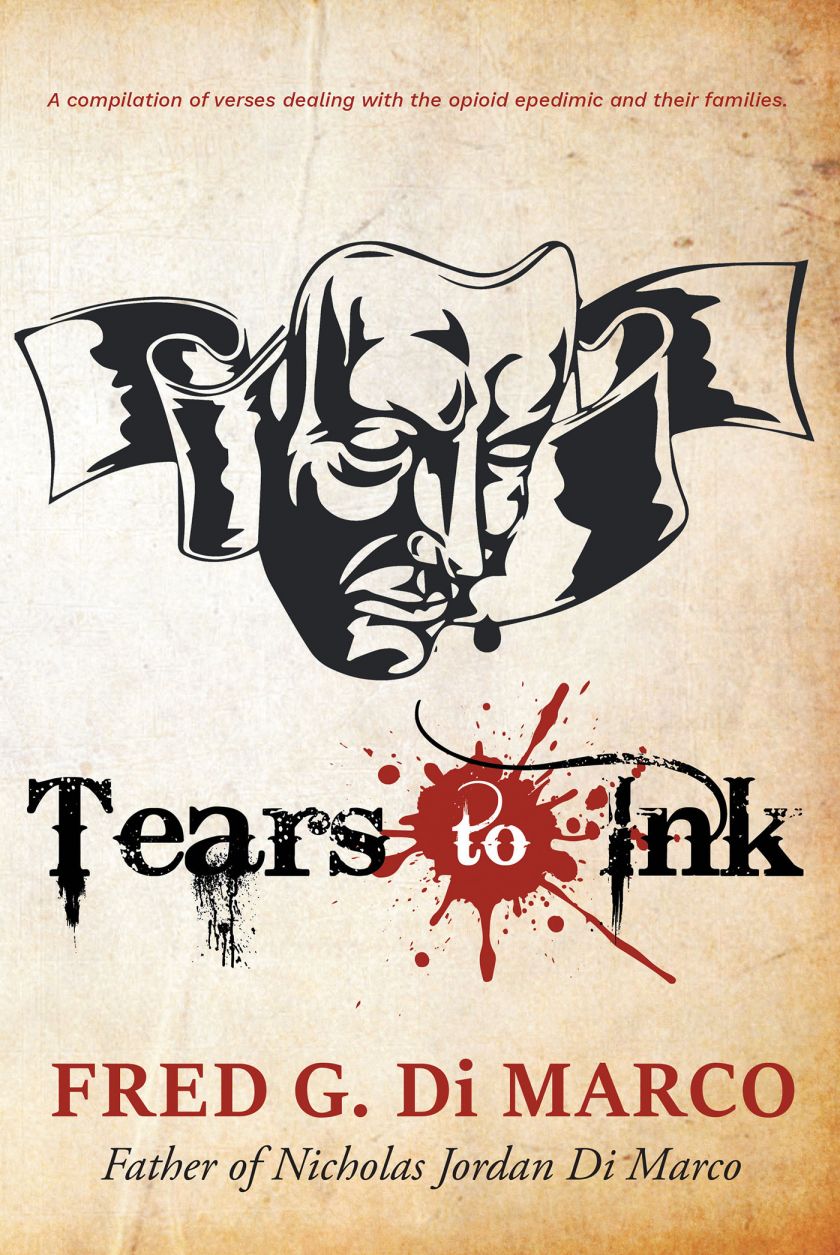 Fulton Books author Fred G. Di Marco, a father who lost his son due to heroin overdose and now works with kids suffering from addiction and parents who lost their children to it, has completed his most recent book “Tears To Ink”: a raw and heart-wrenching collection of poems, anecdotes, and photographs about Nicholas Jordan Di Marco through the lens of his father. This is the author’s attempt to remove the stigma encompassing drug addiction.
Fred writes, “Who killed Nicholas Jordan Di Marco?
When my son was released from a treatment facility, one of the counselors (who I was working with closely) recommended I get Narcan. At that time, you needed a prescription, so I went to my family doctor to get some. The doctor refused, stating that he did not want my son to have a ‘silver bullet’ in case he overdosed.
The memory of law enforcement and EMS peeling me away from my son’s lifeless body is ingrained forever in my brain. The question that plagues my sanity: ‘If I had administered the Narcan five to ten minutes sooner, would he still be alive!’ That was on Monday, I had signed up for a Narcan training class with Project Dawn (Death Avoidance with Narcan) to get some.
We will not get the support we need from the government, private sector, and the public until we educate and remove the stigma and ignorance that is currently out there. Only then can we unite and put the proper actions in motion to stop this epidemic and not allow any more innocent lives to be lost.
‘All that is necessary for the opioid epidemic to succeed is that good people do nothing.’
When my son (Nicholas Jordan Di Marco) passed from a fentanyl-laced heroin overdose, the local police detective took over the investigation. I signed off on allowing access to his phone, gave him the names and phone numbers of eight of Nick’s active-user friends, and the names and phone numbers of three of his heroin dealers. After four months, the detective told me they had closed the case due to a lack of evidence. Four months after that, I saw that same detective guarding the door to a Giant Eagle liquor store. He was making sure that there weren’t too many people inside the store at one time: crowd control.”
Published by Fulton Books, Fred G. Di Marco’s book is a gripping journal that will draw tears from the readers who have experienced losing loved ones because of drug overdose. This publication can be used as a resource in opening the minds of the community as well as the government with regards to this chronic brain disease of drug addiction.
Readers who wish to experience this riveting and enlightening work can purchase “Tears To Ink” at bookstores everywhere, or online at the Apple iTunes store, Amazon, Google Play or Barnes & Noble.
Please direct all media inquiries to Gregory Reeves via email at gregory@fultonbooks.com or via telephone at 877-210-0816.
Source: Fulton Books