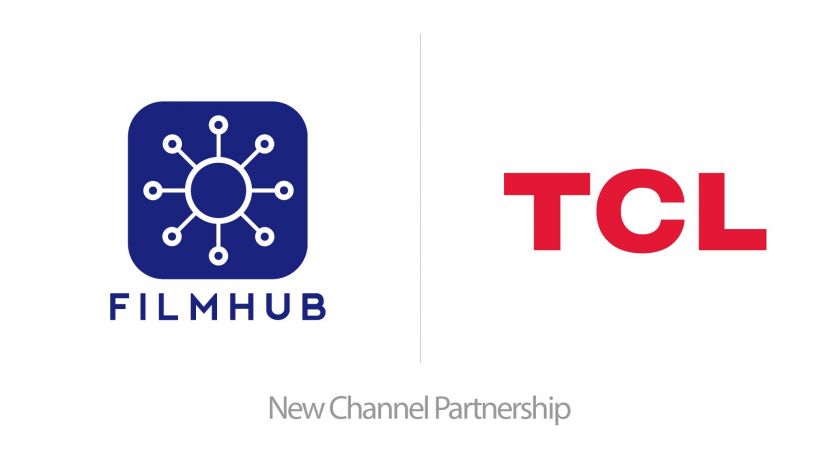 Filmhub, the dynamic disruptor in the film distribution space, is thrilled to announce they have signed a substantial distribution agreement with TCL Channel. This agreement will impact many of Filmhub’s 10,000+ titles with a new AVOD monetization channel.
Filmhub is the fastest-growing digital distribution solution for filmmakers and channel buyers. “We are thrilled the TCL Channel is joining our family of buyers,” Alan d’Escragnolle, CEO and Co-Founder of Filmhub shares, “this creates an incredible opportunity for Filmhub filmmakers to have their content showcased through TCL products worldwide.”
TCL Channel is home to both ad-supported and video-on-demand (AVOD & TVOD) streaming content. The channel reaches households to an estimated 50 million people.
“TCL Channel is thrilled that we can now utilize Filmhub to license content. Their technology platform for discovery, licensing, and deliveries have made the lives of our editorial and operations teams 10x easier,” stated Rebecca Wan, Senior Manager of Content Licensing at FFalcon.
Download TCL Channel today:
On Roku https://channelstore.roku.com/details/42fb6f6feea0b2d5c0d0a19f7f44835f)
On Google Play / Android (https://play.google.com/store/apps/details?id=com.tcl.waterfall.overseas）
Filmhub is rapidly distinguishing itself in the film distribution landscape by creating direct access to filmmakers. In a dramatic industry-disrupting move, the platform welcomes all filmmakers who meet basic requirements, empowers them to retain their rights and is non-exclusive, allowing for co-distribution deals worldwide.
About TCL Channel Invested jointly by TCL Electronics, one of the major TV manufacturers, Tencent, and Southern TV New Media, FFalcon is responsible for the global operation of TCL Smart Screens, providing premium content services such as video, applications, games, music, apps, and TV shopping experiences. FFalcon has now developed into the world’s leading internet and AIxIoT service platform bringing great user experience in 160+ countries across six continents.
About Filmhub Headquartered in Santa Monica, Calif., Filmhub is disrupting the $74 billion streaming entertainment industry with a modern, technology-driven solution for filmmakers to reach streaming channels throughout the world. The platform takes the entire film distribution process online and adds smart data layers for discovery, automated asset fulfillment, and payment processing. It has over 10,000 titles available for licensing to dozens of channels, including Amazon Prime Video, IMDb TV, Tubi (acquired by Fox), Plex, and Xumo (acquired by Comcast). For more information, visit https://filmhub.com/.
Press Inquiries for Filmhub, please contact EPEC Media, FIlmhub@EPECmedia.com, 424-335-4734.
Source: Filmhub