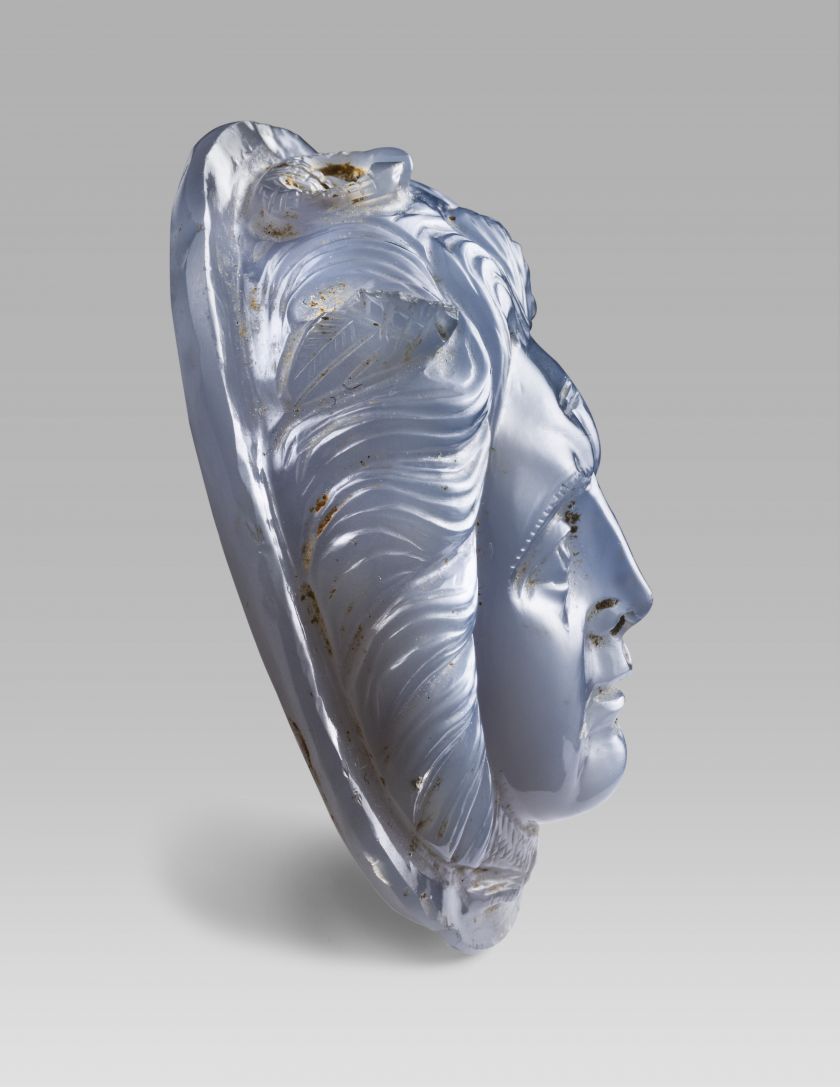 This summer, on July 29, the latest installment of ancient art in New York City will be at no other than Phoenix Ancient Art, the world’s leading dealer in well-provenanced antiquities. Hicham Aboutaam, president of Electrum, the exclusive agent for Phoenix in New York, will host the gallery exhibition entitled “Fabulous Monsters” through September 30, 2021. The show will feature a selection of over 70 works of art depicting Medusa, Skylla, griffins, sphinxes, sirens, centaurs, Pegasus, and other hybrid and real beasts.
The title of the show invites fright, but it does not take long to realize that there is nothing to fear when looking at images of Greek and Roman monsters that were responsible for so much folkloric terror. Medusa, for example, one of three powerful winged daemons known as a gorgon, with her round head with curling serpents in lieu of hairlocks and staring eyes that turn you into stone with a glance, is the most obvious example of a dangerous beauty. Her beautified post-Neoclassical adaptation was famously used as a decorative element in the fashion design of Versace. The exhibition features a stunning Hellenistic Greek chalcedony cameo of Medusa from the 2nd – 1st century B.C. The carving is of the highest quality in Greek gems with a delicate display of the snakes on top of her head and under her chin and small wings coming out of the sides. She is stunning. How could she cause so much terror?
Also on display is another dangerous beauty known as Skylla, the sea monster described by Homer in the famous Odyssey as “a fearsome monster; no one could see her and still be happy, not even a god if he went that way…” But the Greek terracotta figure on display is hardly fearsome as she sits on top of a wave with her lower body depicted as double fishtails, and the buildings of Madison Avenue as her landscape.
And even one thousand years before, a great cornelian gemstone (1375-1250 B.C.) with two heraldic griffins engraved from the Mycenaean civilization can be seen among the display of several other colorful gems.
Fabulous Monsters will be open to the public from July 29, 2021, to September 30, 2021, at Electrum, 725 Fifth Avenue, 19th Floor, New York, NY 10022
M-F 10am – 5:30pm
ABOUT PHOENIX ANCIENT ART
With galleries in New York City (Electrum) and Geneva, Switzerland, Phoenix Ancient Art is one of the world’s leading dealers in rare and exquisite antiquities with a focus on Greek and Roman, Near Eastern and Egyptian art. Its works of art have been acquired by world-class museums around the world, as well as by private collectors. Phoenix Ancient Art is a second-generation family business that was founded by Sleiman Aboutaam in 1968 and continues today under the leadership of his sons, Hicham and Ali Aboutaam.
For more information contact info@phoenixancientart.com or visit www.phoenixancientart.com.
Source: Phoenix Ancient Art