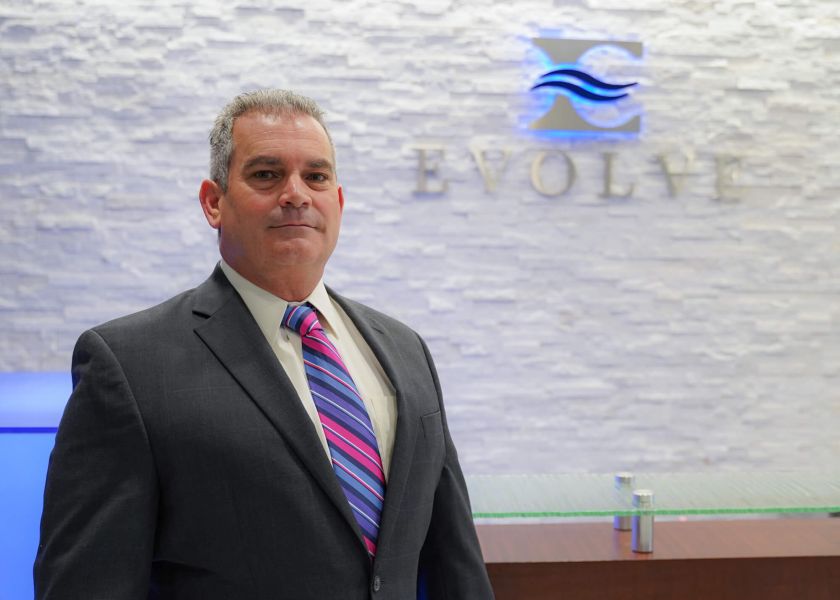 Evolve Bank & Trust (“Evolve”) has named George Andreaus as its new President of their SBA Lending Division. His appointment follows the announcement of the retirement of former President Don Clanton.
In 2019, Andreaus was named Chief Operations Officer and National Sales Manager of the division. Since joining Evolve in 2017, he has not only built a robust nationwide sales force and help grow the division, but he has also implemented new strategies to improve operations resulting in a more efficient loan process.
“George’s hard work and dedication to Evolve over the last several years have provided extraordinary success to the division,” said Scott Stafford, Evolve’s President and CEO.  “I am confident he is the right leader at the right time to take SBA Lending to new heights.”
Andreaus has more than 30 years of experience in the financial industry. His start in the SBA sector was as Vice President of Business Development at GE Capital. While there, Andreaus consistently ranked in the top 10% to 25% in production during his six-year tenure. As East Region Sales Manager of CIT Small Business Lending, he was only one of two managers selected for their “Admirals Club Award” for managerial excellence. As Director of SBA lending of Homebanc N.A., Andreaus grew the division to be the #1 Florida based 7a lender. He was also instrumental in building the origination team at Ready Capital which is now a top 100 Lender Nationally.
“I am honored to be following in Don’s footsteps,” said Andreaus. “It is an exciting time for the SBA lending industry, and I am looking forward to creating new opportunities that will lead to exponential growth for the division. Evolve has a great team, and I am proud to be taking on this leadership position.”
Don Clanton retired at the end of May of this year. Clanton will remain on Evolve’s Board of Directors. He served as leader of the division since 2018 and on the Board since 2005. Clanton has almost 50 years of experience in banking and investment banking. In 2018, he retired as the Chief Operating Officer of Duncan-Williams, Inc., an investment banking firm based in Memphis. Prior to serving as the firm’s COO, Clanton was Executive Vice President of NBC Capital Markets.
(End of Release)
About Evolve Bank & Trust:
Evolve Bank & Trust, a technology focused financial services organization and Banking-as-a-Service (“BaaS”) provider, is a best in class financial institution offering specialized services in Payment Processing Solutions, Banking, Mortgage, SBA Lending and Trust. Evolve is recognized as a global leader in the Payment Processing industry delivering ACH, Debit/Credit Sponsorship, Card Issuance and unique technology strategies to clients around the world. Evolve has been voted a Top Workplace seven years in a row and has been named in Inc. Magazine’s 5000 List of the fastest growing companies. For more information about Evolve, go to: www.getevolved.com.
Evolve Bank & Trust Contact:
Thomas E. Holmes Jr.
Senior Vice President
Chief Marketing & Communications Officer
Email: thomas.holmes@getevolved.com
Office: 866.367.2611
Source: Evolve Bank & Trust