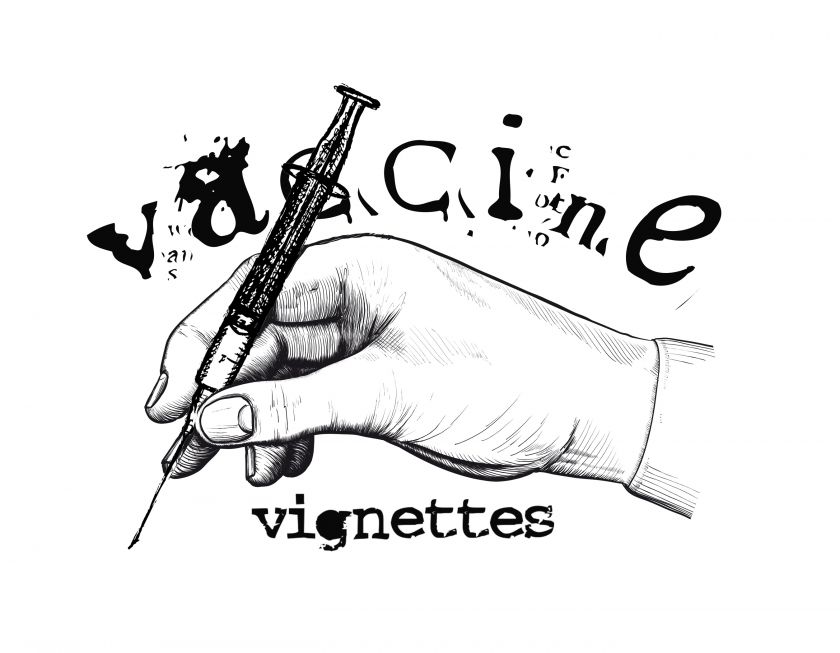 Four women screenwriters have taken their storytelling to the podcast realm, each writing two stories each, and the first, written by screenwriter/producer Vera J. Brooks, called “LaDonna’s Epiphany,” was directed by Tiffany Yvonne Cox, who also portrays “LaDonna” in this dramatic piece.
“Last spring we wanted to stay creative and challenged ourselves to tell stories that share fictional experiences and responses to life as Covid- 19 vaccines are distributed, but the stories could be of any genre. After reading them together on Zoom, we discussed ways to produce them safely and a podcast was the perfect medium,” said Brooks.
Every month a new story will be released. The first of eight is “LaDonna’s Epiphany” about a woman who returns to her hometown of Chicago from her high profile political job in D.C. to take her parents for their vaccine shots, which results in her getting a dose of humility and restored humanity.
In addition to actor/director Cox, the ensemble features Yvans Jourdain, Brandon A. Wright and comedic legend Anna Maria Horsford, who has starred in notable sitcoms “Amen” and “The Wayans Brothers” as well as the iconic “Friday” trilogy on the big screen.
“We are spread out across the country, but managed to create and collaborate for this first episode thanks to technology. ‘Vaccine Vignettes’ will be shared over the next eight months worldwide for all to hear and discuss starting today and in the future.” said Brooks.
###
Vaccine Vignettes Podcast Episode 1: “LaDonna’s Epiphany” is available on Soundcloud today.
Visit www.vaccinevignettes.com
Source: Vaccine Vignettes Podcast